Talking about the Fatty

@tex said in Talking about the Fatty:

Vanilla fatty was a monster. It packed those big boy summit cannons. Shell damage and speed was massive. Dps was way higher even with like, 1/4th the ROF. I miss vanilla fatty. It would still suffer from the same problems but it was way cooler.

Why not half its ROF and double its shell damage?

I think this would suit the faction more

I just watched a cast of Rambo coms dodging around half the fatty shells so that might be a bad idea.

And if going this route one could also experiment with changing the firing randomness to make it more of a precision artillery piece rather than current one that is more about shelling your opponent with thousand small shells.

Also another thing I would look at is small buffs to the riot guns. Giving them a little bit bigger turret Yaw could make them much more reliable to use.

@pearl12 said in Talking about the Fatty:

Right, theoretically I am a similar rank and thus have similar micro abilities as my opponent, but if I'm UEF and they're Sera, they don't have to use those extra clicks because their exps don't need to be micro'd as much. The fatty almost always requires micro to use properly. Monkeys, Chickens, and GCs rarely do. Or at least, they are much more forgiving.

There is a chance I simply misunderstood it, but your opponent indeed has to micro as well. He walks chicken into your fatty and you retreat - His chicken will die.
He also has to pay attention and react to your movements, otherwise his units just get hit for free -> I would actually say your opponent (If you're the one with the fatty) has to use more apm due to finding mistakes in your micro so he can push and once he was in range and needs to get out, he has to run in zig-zag as well

The Fatboy is a great unit, perfect in the right conditions, but those conditions need to be near-perfect for it to be effective, otherwise, it will die quite quickly...
As for other Exps, they are much more forgiving and have a wider 'effectiveness' range, if that makes sense. 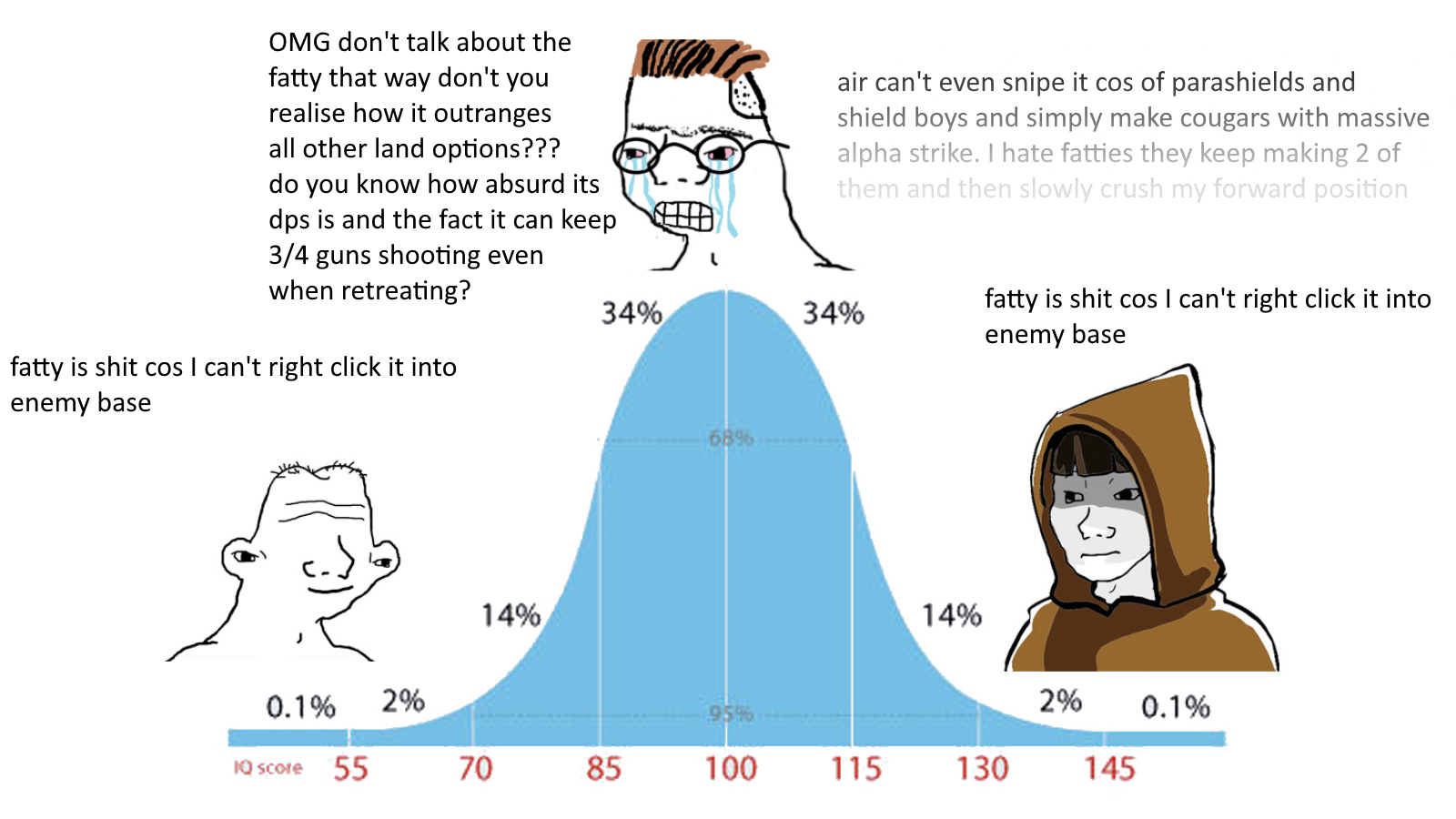