What is the best way to get better at mex upgrading?

This topic has been deleted. Only users with topic management privileges can see it.
last edited by SaltyElbow
0 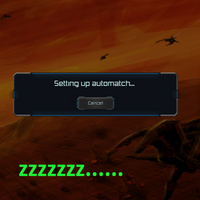 I watched some of Farmsletje (Thewheelie) games on Twitch and notice that it takes almost no effort for him to upgrading his mexes.

I know that you can build storages around a mex with shift right click since FAF version 3728. Is auto upgrading done by an UI mod and if so, which one is the best?

Are there other tricks to get better at mex upgrading?

Get a select nearest idle mex hotkey and an upgrade hotkey.

The easiest trick in all seriousness is this one.

The engineers will go around upgrading them all without stopping. Once they have upgraded all the T1 mexes to T2, grab those engineers again, hold shift and right click on each T2 mex which will make them go around and ring them all.

Easy peasy and I'm sure good players (unlike me) will have better methods but this is so easy, so fire and forget that it never fails. If you are not constantly upgrading your eco in this game you will usually eventually lose, so I find this method means if I lose it will only be because of my lack of skill lol

Every mex upgrade should be a conscious decision and you’re not using mex buildpower by doing the pause method.

There are several aspects to this. One is APM (actions per minute) and how you as a human are interacting with your computer using the mouse and keyboard and monitor.

What @Scout_More_Often wrote is a good way to grow your economy at minimal cost of APM and attention. You can also solve one of the problems @FtXCommando mentions by un-pausing mexes while they are being upgraded (if you remember to do it). Whatever mex is being upgraded by the engies, unpause that one, and it's like you have 2 extra engineers assisting the upgrade.

I think there might be a mod that automatically un-pauses upgrading mexes when engineers start upgrading them but I don't know it offhand.

Separately, one of the things that slows down mex upgrades is stalling on mass or energy. If you spend too much on other things (like making naval factories and frigates) it will be difficult to afford the mexes. Finding the right balance between growing your economy and making weapons is very important. Depending on what your opponent does, you might have to make a different decision about how to allocate your resources.

You also need to balance between making mexes and making pgens. If you overspend on making power generators, that will slow down your ability to get mexes upgraded. (And if you don't make enough power, the power stall can make your upgraded mexes pointless. Why upgrade a mex to get +4 mass/second if you're going to have a power stall that costs you 4 mass/second?) Farms often gets T2 on his ACU in order to make 1-2 T2 pgens, because that's cheaper than upgrading a factory to T2. And often he goes to T3 on his ACU for the T3 pgen, for the same reason.

You can also look for mass from other sources, which primarily means reclaim. Rocks, dead units from battles, or if you make a T3 pgen, you can reclaim the T2 pgens and T1 pgens.

I have to disagree with @FtXCommando , if you're playing Rock spot on Seton's, you're not going to make a conscious decision on every mex upgrade. In many other kinds of matches, it will be a conscious decision, at least for the first 10+ minutes of the game. At some point your economy might become big enough that you don't have to give each mex upgrade that amount of personal attention. For some maps (Seton's, Dual Gap, Astro), it's basically taken for granted that you will be upgrading a lot of your mexes.

It's also good to do things in the right order. Meaning (unless you can afford to do it without stalling) you only upgrade 1 mex at a time. Stalling while you try to upgrade two mexes is wasteful. That's also why you use engies to assist. Two mexes that are both halfway upgraded gives you 4 mass/second. One t2 mex + one t1 mex gives 8 mass/second. And you generally want to get your safe mexes up to t2 before you start putting mass storages around them.

If you want to get good at growing your economy, I would suggest watching replays of people like Farms from their POV (during a replay, you click on their name in the scoreboard to view from their POV). Watch what decisions they make and how they keep their economy balanced. Do they stop making engineers at some point to avoid wasting mass on that? How important is reclaim to avoiding an energy stall early? What choices do they make that seem strange to you? If they're doing something, they probably have a good reason for it, so you should try to figure that out.

Then when you hit a wall, ask @CheeseBerry to train you.

Nobrain eco is still a conscious upgrade decision and the only reason it’s feasible to get away with it is that there is no general coordination in 99% of teamgames. Just as nobrain spam can carry you to 1500 in ladder nobrain eco does that in global, but you’re going to plateau there especially when you transition to new styles of maps if you don’t think about why you upgrade mexes in certain conditions.

Astro absolutely has conscious mex upgrades because the map has zero reclaim and near zero expansion mexes, each upgrade needs to be done with peak efficiency through reclaiming needless engie fac, never making too many pgens, not making useless pd, etc. However if you just copy a 1900 astro eco bo then you will never be able to take lessons from it and apply it to diff maps and that’s why there are 1500 astro players that go to wonder or sentons and don’t reclaim a single tree.

Paradoxically ladder is best at teaching smart eco since you actually need to think seriously about the tradeoff of a mex upgrade and teamgames can teach you smart spam since exploiting power spikes or snowball reclaim is the only way you’ll get anywhere with spam in teamgames.

@arma473 I think I was not really specific with my question. I am looking for the tips that makes a scaled, targeted eco that is in pace with the map design and events on the map use as little APM as necessary.

When I watch Farmsletje (The Wheelie) he is spending almost no time on managing eco. He is looking at the map and is busy casting. I see him having some very usefull practises and maybe using some mod. But I am not able to fathom they way he works by just watching his gameplay via cast (or replay).

So my specific questions:

For example: the select nearest lowest tech mex button is for me a good tip getting started to get more efficient at this.

He doesn’t use any mods for stuff like that. Best approach for apm is the two hotkeys I said above, just put cursor in base, select nearest idle mex, hit upgrade key, and you’re done. Takes literally a single second if you do it often enough.

@ftxcommando Simply put I'm not good enough to do each one consciously and ensuring I'm constantly upgrading something at all times. My method is idiot proof, as proven by the fact it works for me

I definitely agree it's something I'd need to change if I ever wanted to compete at a higher level. But for lower level players I think this technique helps drill it into you that constant economy progression is essential.
I'd rather watch the map and try to figure out what to do than keep an eye on what stage of upgrading my mexes are at. This technique is definitely a crutch while I try to get better at other aspects of the game.

@scout_more_often your method is a noob-trap in ladder 1v1 thought, will work well for low level teamgames.

Still think FtX is right, at least if you want to get good long-term

Getting the notifications that pop up when your mexes finish upgrading was helpful for me, and having a counter of all your the mexes by tech level. I think both are part of UI party.

@femboy I can't argue with that as I only play team games. But honestly I don't know what thought other thought process to apply. And I don't understand why doing them manually is going to be an improvement.

By pausing mexes and just sending engies afk upgrading you never adjust play to the map nor to the game state. You just play through a stall if it comes or float mass if you ran into some randomly.

Mexes should be conscious upgrades from the start where you take into account reclaim on the map, reclaim location, mex distribution, level of contention necessary, and then you also adjust how hard you eco based on what your opponent is going for once you scout.

Taking none of this into account just weakens your fundamentals and inevitably leads to stagnation at some level of play once you meet people that can abuse afk play.

Ok that makes clear sense. Hmm, maybe time to crawl out of my comfort zone

@ftxcommando My question is not about the discussion if it needs to be unique for the situation but how do you do it as efficient as possible so you have more APM left for attacking, defense or casting.

@eternal is that mod compatible with FAF 3731 or still being maintained at all? The latest release is 5 years old and this forum has only 1 post about it stating that the mod has bugs and need hard codes adjustments to get it working. Is it safe to install such a thing or can it mess up my whole game/pc?

If your goal is improvement then don't use EcoManager.