no - the rocket won't disappear anymore

The reason a rocket 'disappeared' was because two anti nukes collided with the same nuke, causing the one slightly behind it to go do as it pleases. With this pull requests, the only valid collision for an anti missile is the missile it was aiming for.

The following pull request will fix this issue:

Will be part of the next release of the game, released somewhere in June.

posted in Game Issues and Gameplay questions •
RE: Everything lags and stutters

Those are some odd stutters. That appears to be unrelated to FA - I think your system is just not equipped for it. FA is a bit more tasking on your system in comparison to the base game.

Thinking of upgrading my CPU and want to get something I can play longer, larger games on. Current CPU (AMD Ryzen 5 2600) is rated 255 by cpu test and game speed starts dropping around the 1-hour mark. I see most other players with cpus rated around 100 or so.

Thinking about the AMD Ryzen 9 5900X. Would that do? Anybody have one and can say what it rates?

Your CPU is fine. See the initial benchmark results. Anything between 60 and 90 is perfect. There are two similar processors, but they have a significantly lower score in the lobby benchmark. Are you sure that your memory is setup properly?

Note that the game slowing down after one hour of playing is quite usual on a lot of maps. We're working on improving the performance, but at some point the simulation will always start to slow down.

posted in I need help •
RE: Nuke defence glitch

I'll see if I can manage to write up a fix, but I'm not sure if there is one

. If the target is set for the projectile then we can disallow any collision that is not the target (strategic missile) in question.

posted in Game Issues and Gameplay questions •
RE: Novax bug in new patch 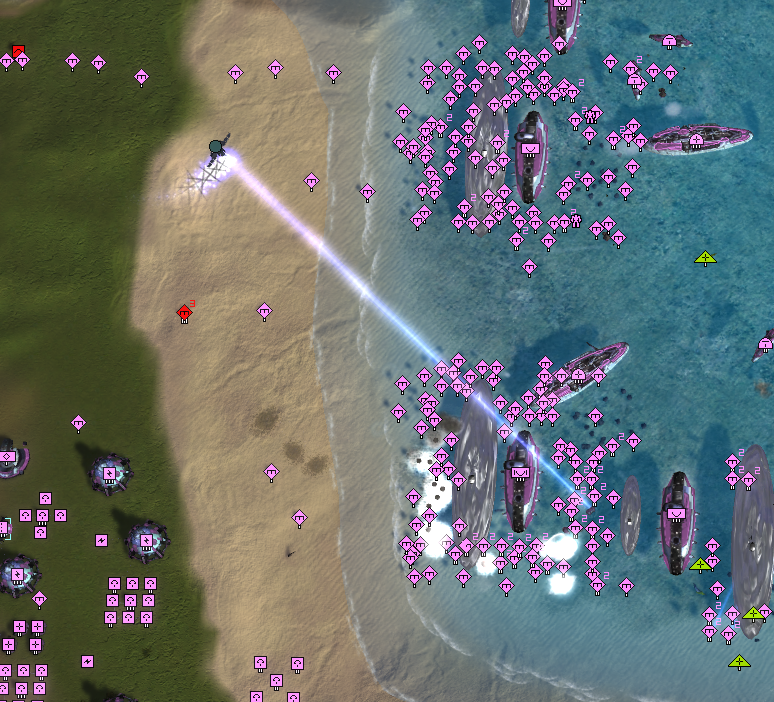 @Lenkin does it still happen?

posted in General Discussion •
RE: AOE against air

What if we'd make ASF take up more space in the formation, automatically forcing them to spread more? Similar to how one experimental causes your land army to spread out too.

That is possible, but I'm not sure if the solution would be faster. I'm also not sure if we want it to work like that - it breaks with the idea of the game.

If anything, the balance should not encourage you to mass spam ASFs. That is the only approach to prevent slow downs to such a degree.

posted in Suggestions •
RE: Stronger ASF

I would love to see a proper mod or (if that's not possible, modifications on the dev branch) that takes away fuel and vet from ASFs to see if that reduces slowdown.

It won't do so - the issue is with target checking. See also this other discussion:

posted in Balance Discussion •
RE: AOE against air

To me the air balance in FAF is quite off in general. As soon as someone has ASF then your only response is to have ASF at the same time, or you get strat bombed. I think they nailed it at LOUD, where every tech has (almost) equal value.