Not sure where i bring this up since that would be too many teams included to ping them individually.
As you can see in the title, what's your thoughts on getting some sort of degradation percentage for each week of inactivity?
that would solve a lot of "hey,haven't played in 10 million years,can i get a resest?"

what i basically suggest is a pretty simple formula
every week of being inactive dowgrades your ratings as follows:
-global : -1 %/ week
-ladder: -2%/week
-tmm:-3%/week

it doesn't have to be a complex formula, just a normal regression of the progress to keep it up with the depressed players like me.

WARNING:
this was not discussed with devs/coders/other teams so it might or might not get implemented, but let's see if there is anyone interested in processing the idea.
P.S the formula can be modified,the essance here is the idea, everything else can get adjusted with time

Saying the formula can be modified is the whole problem, the whole controversy about the concept revolves around the implementation. The current values you propose would mean you would lose all your ladder rating in a year of inactivity when we had examples of Petric and BH not playing ladder for a year and still being within 200-300 rating of their expected performance. Any rating degradation would basically be a sigma increase and be capped at some point. I don’t see why not playing for a week makes your skill decrease so if anything it would start after a few months.

Yeah, implementation is troublesome for sure,
as i said, a week was an example, it can be anything from 1 day to 1 year when the decaying starts, the idea is not to get bh or tagada down to get opponents, it's for an average joe that just wants to chill and not sweat after a 6 month period, when he comes back into the game and getting instantly yelled at for being bad or not performing as his designed rating says 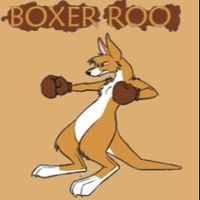 An alternative option to a percentage over time degradation could be to have a fixed rating decrease at a set period of inactivity. It could have a prompt for you to accept or decline when you first log back in. Possibly with different decreases for Global/Ladder/TMM and rank ranges <500/<1k/<1.5k an so on.

Degradation for the matchmaking queues is unnecessary as we have the league system now. When you haven't played in a while you are unlisted again, so it basically achieves the same effect.
For customs the root of the problem is that the custom games are ranked at all. But if anyone dares to mention the idea to unrank custom games, people pull out the pitchforks again.
In reality most people will be back at roughely their old rating after a few games, so they just have to bite the bullet and play.

The idea is certainly interesting.
But such an innovation will require a significant rethinking of the formula.
As far as I know, the formula takes into account the number of games played and the rating.

For newcomers in terms of the number of games and a low rating, they do not give a lot of points.
For equals in rating, but with a small number of games, there are also few points.
For a high rating, but a small number of games, the average reward.
For a high rating with more games than you will have a lot of points.
There are players with (1K++ games 1500++ rating; 1 and if such a player resets the rating by 1%, then he will not make up for what he will be reset in a month, since the formula will almost always consider the rest of the players weaker, and they do not give points for coming over the weak ones. for a victory over an equal, you will not get rich much either.
Thus, players with a periodic break will inevitably get into games for beginners, there will be a lot of unfair games, there may be an outflow of new players.
people will stop playing tmm

the initial formula is just an example indeed,
some community voting can be organised to get the required numbers or something that is close to what the majority is willing it to be

it should be based on current formula of calculating the rating adjustments after game. So the FAF will use some artificial games for inactivity to reduce the rating that will be recorded in rating database of changes without the game. But i cant say if these rating changes strongly bound to games

A simple solution of something like +1 point of uncertainty (1/3 of a point of sigma) per day would be a good idea imo. https://forum.faforever.com/topic/2767/rating-sigma-should-increase-over-time?_=1652198278795
(Note that 1 point of uncertainty per day is an arbitrary example; the point is that rating sigma would increase by X every Y period)

Also, the league system doesn't solve the problem for global rating, and unless it does something like increasing a player's sigma, I don't see how it really solves the problem for matchmaker ratings either. After not playing in a particular queue for a long time, a player could be a lot better or worse in that game type, and their sigma should be higher to properly match that increased uncertainty. The increased sigma value would allow the player's rating to more quickly adjust and would yield fairer/better matches faster, on average.

the initial formula is just an example indeed,
some community voting can be organised to get the required numbers or something that is close to what the majority is willing it to be

A rating decay with a lock on how much it can decay seems like the optimal solution. With the data they've got they could figure out the optimal formula over time.

In general, and it might take 5 games to start the "de-rusting" process, I don't think people degrade more than 200-300 points

So there's no point in having rating degradation beyond that

Someone who accomplishes reaching 1,000 points in ladder rating can probably come back to the game 20 years later and still play like a 700

Imagine the games that you used to play 20 years ago. How hard would it be to pick them up again? If you used to speedrun Goldeneye N64, I'm not saying you could speedrun it, but I doubt you would have trouble beating the game.

An RTS isn't going to be all that different.

Since the decay is only going to be a modest amount, why bother at all with any rating decay? It would be a lot of work to implement and test and in the end there's barely any point. It would only take around 10-15 matches for the person's rating to become correct. Their actual skill would go up during those 10-15 games and their point rating would drop during those matches until they became about equal.

It's a minor problem that requires no solution.

The important question would be: would adding a rating decay system encourage players to come back to the game? Probably not. So why bother?

The forum really is just a recycling of the same 10 ideas over and over every few months. I'm down to play some ladder in 19 more years and see where my rating ends up. Then you guys can be sure exactly how much decay to implement.

Instead of having players rating degrade over time why not have the same rating colour system for new players (you start off gray and slowly change to white). But instead of grey have another colour (maybe yellow ?), so the longer a player is away the more yellow their rating becomes.

Prismata has an interesting approach to this:

That leaves 90% with a permanent vacation penalty

But I'm just providing an example of their system, not saying we should copy it exactly.