removing torpedo from uef destro, and increasing aoe of one of the two guns, make it possible to kill subs with ground fire but not with its full dps, like one gun with 250 dps and small area, the other with 50 dps and bigger area. it would be still the worst destroyer vs subs but not hopeless ,and can punish lazy attack moves, if subs get clumped together

@deribus Yes, but without having to click every time I want to set a new ground fire target. Like MML's

It would nerf Seraphim the most for obvious reasons

What a ridiculous balance idea

You could win with pings but your ears will bleed.

Buildings hit by Aeon ACU Chrono start their self-destruct sequence, you have to Ctrl-k to cancel and prevent them from blowing up

Make Quantum Gateways Amphibious, so you can keep scaling eco from your won pond in Setons if you lose your land base. 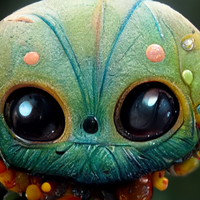 I know absolver technically isn't bad. I built 2 pieces in one game 2 years ago against a shielded base together with artillery and it was kinda efficient.

Absolver is too specific of a tool to be used in many games. It can crush shields, but it's projectile can't really reach specific moving targets like commanders or harbs. It's good only for bubble shields. Also it's t3, so most games won't get to the point where you'd build it. This is fine, but it's a shame to see such an interesting unit is so rarely.
People often complain about firebeetles being gone, but rarely about absolver bcuz it was never really a thing.
Absolver isn't bad but it's super niche.

The(partial) solution:
make it t2, so that it could be used earlier- at tech when shields kick in and players could actually get more opportunities to use it throughout the game. Obv it would require to adj it's stats to be a bit more in line with t2, while kinda staying relevant later(like medusa or obsidian), or maybe just making t2 absolver from scratch just the way it was done to the antiair at t3(although I suppose adding units is a nono)

i know buildpower guesses are forbidden, but what about the opportunity to morph engies into another to some kind of super engie for late game. maybe u need some kind of extra t3 buidling where you send in engies and at some point you can morph the collected engies into one big engie with more bp (optically its just a bigger t3 engie, where its size roughly shows the amount of engies in it). you can avoid pathfinding bullshit in your base and lower your unit count without sacrificing 100 t1 engies, on the other hand the enemy would have a new juicy target.

SCUs are the T3 sparky, they are just not currently balanced into the game anywhere. There's numerous ways they could be integrated into either the T2 or T3 stage, but it doesn't fit with the scope or capabilities of the current game/balance teams.

Doesn't have drone but more build power, a weaker gun that can be used while building and jamming