What's a polite amount of time to wait looking at the setting up an automatch screen before you decide something has gone wrong somewhere for someone and you need to cancel out of it?

Also, would it be worth logging people who enter this step but never launch in game? Might help to narrow down the cause of games not getting actually started..?

Usually it tells me it's failed just before the next 'automatch cycle' is about to start (so after a couple of minutes). In the rare cases where it doesn't I'll usually cancel with 10s to go before the next matchmaker cycle for that gamemode is about to be found.

I recall a while ago there was mention about people who cause failed games to get a time-out - is that a planned feature or implemented yet? If implemented, then it'd be good if more feedback could be given to people on why the game has failed e.g. 'Another player caused the game to fail. They wont be able to join the next matchmaker attempt', and similarly 'A game couldn't be found because of a connection issue with you. You will need to wait x minutes before you can attempt a new matchmaker game'

The client will close the game when the server sends a message saying the launch took too long.

With regard to the timeout it will be in the next server update.

@sheikah Whats the current amount of time it takes to timeout before the server sends the message?

@sheikah Hmm, seriously should we be sitting waiting for three minutes? I usually give up around the 40 second mark as it seems safe to assume someone has had an issue....

Games sometimes launch after a surprising amount of time. It could be that someone needs to still download/generate the map and there is no advantage in cancelling early when the next queue pop will only be in three minutes anyway.

I think there is merit in waiting until the next matching time is down to like 15 seconds (0:15). That way, you theoretically waited for close to 3 minutes, and you can still join the next queue cycle before it reaches 0:00. In my experience, a notable portion of matches actually do connect in the 2nd or 3rd minute if everybody waits. 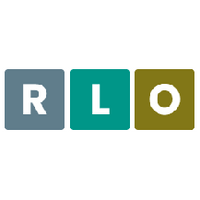 it waits around 2 minutes 30, then kicks all so they can join the next round.

@aulex said in Setting up automatch:

More informative text is planned afaik, just hasn’t been done yet. I took a stab at it but never got to the point where it was ready to PR.

@scout_more_often Yes. I often get past setting up automatch after 2 mins

Thanks all, I make sure to wait longer now. Definitely would support some more explanatory text onscreen explaining all of the above

How come it takes longer in TMM compared to a hosted game?

In a hosted game somebody connects in about 20 sec. Even multiple people at the same time.