What do you think about this mass-farming blueprint?

This topic has been deleted. Only users with topic management privileges can see it.
last edited by Melanol
0

Fits inside ED4, self-suffecient (spends approx as much energy as it produces), right outer angles allow to adjoin the outer fabs if necessary, you don't lose too much if explodes. Generates approx 100 mass. 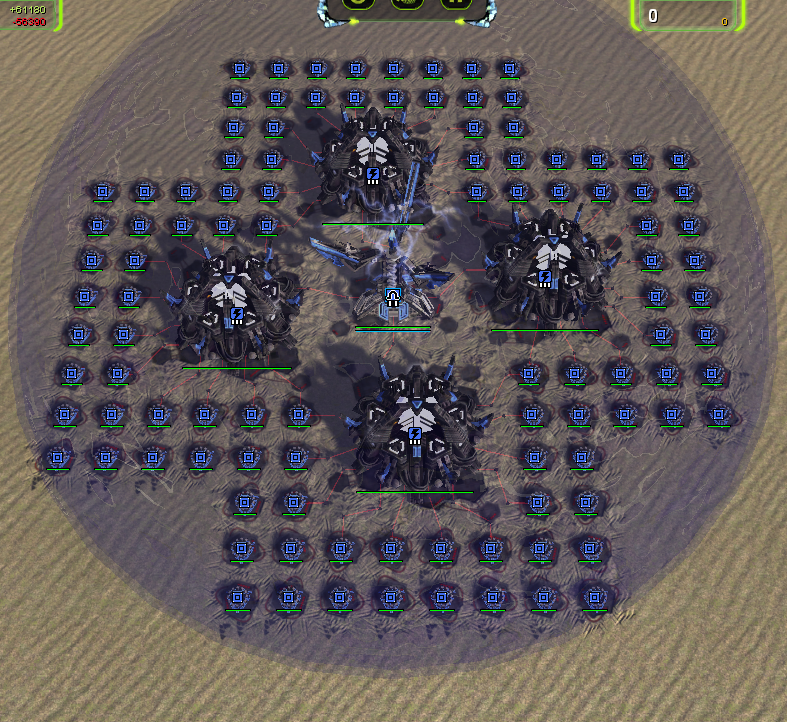 "you dont lose too much if it explodes" dude you lose way too much if that shield goes down just once lol, the mass fabs will kill everything at once lol

One mass fab dies (350-500 hp?) and its all gone. You're better off spreading t2 mass fabs across the map without any shielding

@Deribus hey where is our weekly thread for favourite templates ?

@javi Actually, the shield and pgens survive, and you get half of the fabs' wrecks to rebuild on top. 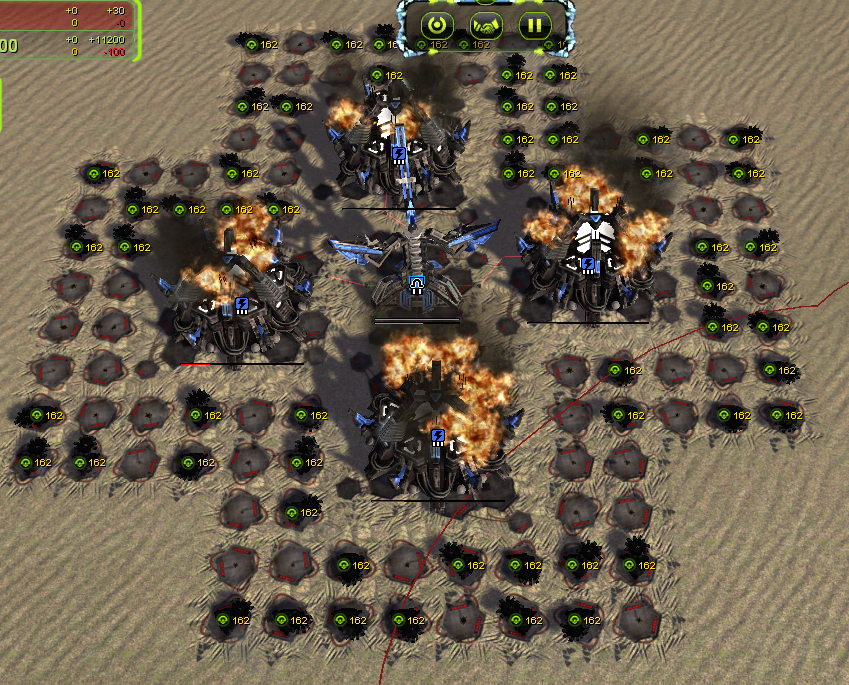 @waffelznoob This blueprint means you don't have enough space to spread unshielded fabs.

then placing one or two of these templates should be fine. if your opponent gets t3 arty or novaxes its gonna be too hard to protect all of them

If you did the same with T3 fabs (6.5, yeah...) the payback time is 398s but you get about 1500 excess power (maybe more if I remembered adjacencies incorrectly). Still less efficient with a spare T3 pgen thrown in.

But don't forget that it'll take a while to build, especially with engineers bumping around each other to get out the way all the time.

Otherwise, this much mass gets you half a T3 arty or a Megalith or Soulripper or 17 strats.

@black_wriggler said in What do you think about this mass-farming blueprint?:

@Deribus hey where is our weekly thread for favourite templates ?

@deribus
Yes but they don't necessarily have to be good, just ones that players have come up with and like to use

Here is my recent idea for a mass fab grid. The goal was to be able to fit as many fabs as i could without them being able to chain react. 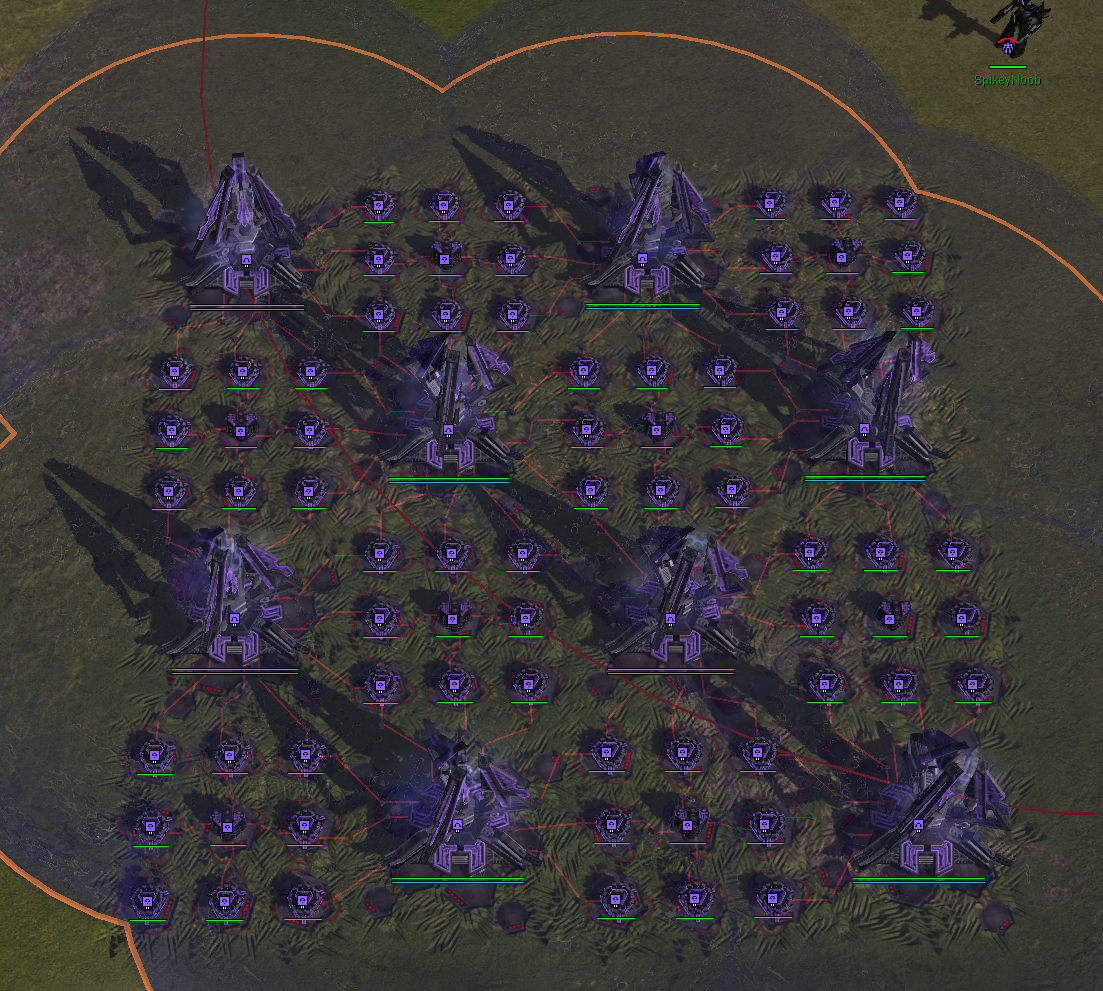 @SpikeyNoob Sorry but that grid will still chain ! The T2 fabs need to be further apart 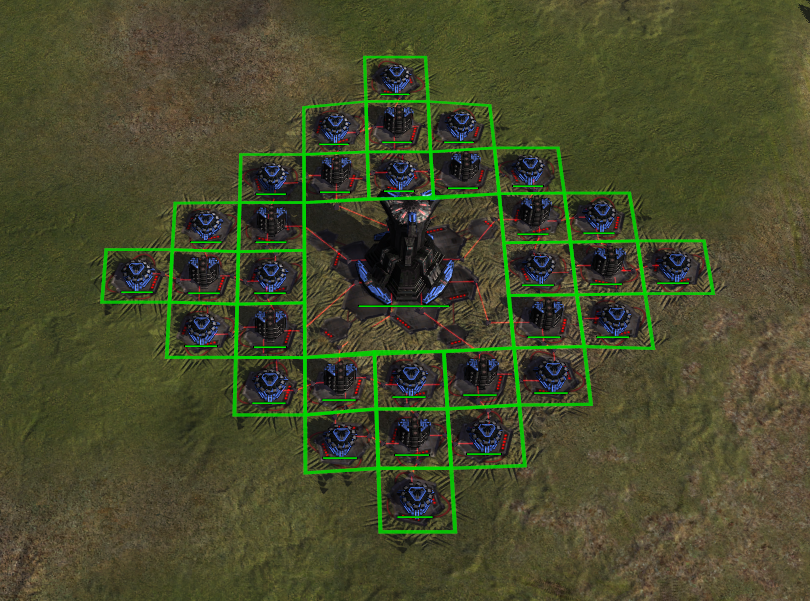 You can fit 3 under a non-Aeon T3 shield without them chaining each other : 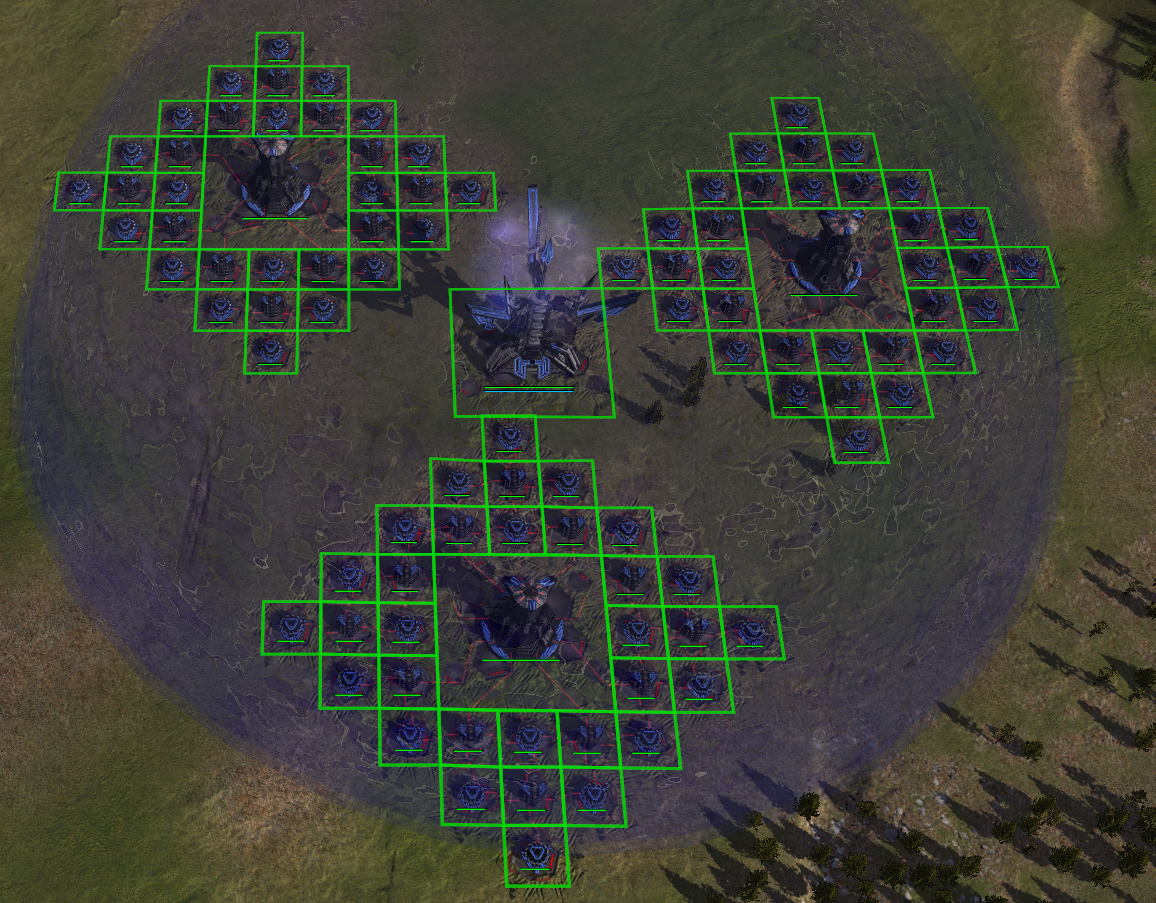 @black_wriggler try it your self, only 1 3x3 block will explode at once

it would be a shame if you were to power stall in-game though...

Why are you making mass fabs if you are scared of them blowing up though?

Imo, if you need to preemptively shield your mass fabs, you should have made bois instead

Cybran shields are a meme unfortunately and I say that as a Cybran main. I'd say cybran mass farms need some hives in there also, as a minimum consideration.