This topic has been deleted. Only users with topic management privileges can see it.
last edited by magge
0
M
magge
Global Moderator

The other player can not easily equalize this with just a few more actions per minute when he is not using, for example, spread attack key, when he wants to target multiple units

The game is already hard enough to learn for new players, adding more features that are necessary to learn and to master will possibly result in a decrease in new players and more frustrating moments in game experience.

Maybe the balancing team can finalize things up.

Edit: It was denied because of the possibility of abusing those features via UI mods as well.

How would making the UI more powerful make the game harder to play for new players? It would make it easier for people to match higher players with the same APM. Unless you're talking about not explaining how to use the features well or them not being easily accessible, which is easily rectified with tooltips or a video guide

A dude made a ui mod that optimally split your units to make it as hard as possible for an ML laser to shoot them, that was sorta the lynchpin for blocking these abilities from being allowed. 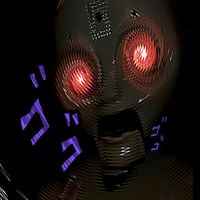 @magge not entirely sure about your points. I joined faf only because you had quality of life + mods. I would never have bothered if the game was vanilla supcom. Also, I dont think that 2ks turning into 2K5s will prevent 500s having fun together (they already ignore all the mods, do they flee because of me? and the fact that i do use them?). How can we check if your claim holds up and is not just opinion?

I also like mods since it helps low apm players like me compete with osu fanatics. It feels like you'd rather discriminate players on click speed.
I want an RTS, strategy focused, not who can micro building the mexes faster.

For a noob, isnt easier to learn to do spread build over doing 'select nearest idle engi, mex hotkey, click mex, repeat x times'? how is this not noob friendly?

Another point: if we follow your logic, why is disperse move even allowed then? because the modder released it before you could veto it ?

I wont argue the part about UI mods abusing this feature since i dont understand what that would be.

In the end, I guess it depends where the dev team wants to take the game.
All in all i dont really care, I just like to argue, do what you want

the game is already good, i dont care enough to make it "better"

Ive never heard of this before. Are you sure youre not confusing it with something else?

Anyway, the argument that it would increase the skill gap is a bad one and kinda irrelevant if you ask me. There are tons and tons of players not using way stronger tools than what is being suggested here. Its actually the opposite. Adding these tools would lower the skill gap because its now less effort to do something that required more effort previously.

It was related to those discussions and threads - If I mixed it up, my bad. However, because of the abusing power in UI mods, it will not be allowed in the first place, but I like to be proven otherwise from someone who knows more about the matter, because I like those ideas.

Disperse reclaim is not the same as area commands. One is completely automating a process while the other just makes it more efficient

Remember that auto mass fab was added not that long ago.

So, it seems disperse build and reclaim are a no-go because of possible UI mod abuse?

The player still has to manually click on reclaim wreckage and place down each structure... Unless I'm not understanding correctly...

well how did I miss this thread before, anyways I thought disperse build was a problem more because of engine limitation than balance reasons, and I tried to fix spread attack by using some stuff I learned while creating disperse move, but doing so is only possible by changing FAF code itself because UI mods can't change anything about spread attack for some reason, and my fix was rejected, also no, it wasn't broken, here is example of what it allowed when combined with disperse move

like I would gladly let disperse move effect other orders as well, but it is up to FAF to allow UI mods to effect anything except move orders, because it only can't because of restrictions put in place specifically to prevent it effecting certain orders

I already asked a similar thing before about the concepts of UI automation and "computer playing for you" (which I don't agree should be allowed btw) in FAF in general, trying to explain that proper controls breaking the game merely expose the underlying problems that were so far hidden because of lack of those controls preventing you from using units to their maximum potential where their brokeness would be revealed, in a way bad controls "balancing" certain units and tactics and good controls thus breaking this balance, the obvious solution being to allow better controls and rebalance the broken units, but then again, we still groundfire underwater units and consider that balance

to tldr it, in conclusion, my opinion was that UI mods should allow player to do anything to issue orders more easily and thus control units properly but not beyond their existing abilities, to tell them what to do as effortlessly as possible, what they shouldn't allow is issuing orders on their own without player input and deciding things themselves (no post player action decision making by ui mods allowed, so player only gets better controls instead of mods playing the game for them), but anything player wants to get their units to do, they should be able to do with least effort, so that the game is only about "what to do" rather than "how to optimize time between what to do and tedium and mechanical skill of getting them to do it manually over several seconds, even if it took you a split second to come up with what they should do"

the problem of ui mods giving advantage to players using them over those that don't has a simple solution that was already done (partially) for some of them such as target priorities, include them in base FAF so everyone can use them

@ComradeStryker those are security limitations. Allowing those can cause lots of auto-click mods for reclaiming and building.

I apologize, I'm having difficulties following, I may have misunderstood.
Some of you say it is a balance limitation whilst others say it is a mod limitation.

I'll assume it's probably a bit of both, but... I have some questions.

@TheWheelie mentioned it wasn't as effective as area commands, so, how is it that it would break balance?

Also, doesn't the player themselves still need to click on the reclaim or place the buildings down and then give the disperse order? - How could this process be automated completely to cause auto-click mods?

I believe that these mods make the game a little more appealing as the UI becomes more flexible. Easing the 'load' on newer players by offering new and easier ways to do things.

well how did I miss this thread before, anyways I thought disperse build was a problem more because of engine limitation than balance reasons, and I tried to fix spread attack by using some stuff I learned while creating disperse move, but doing so is only possible by changing FAF code itself because UI mods can't change anything about spread attack for some reason, and my fix was rejected, also no, it wasn't broken, here is example of what it allowed when combined with disperse move

Well holy shit. That looks absolutely sick and I love it. IMO that's no more "the computer playing for you" than regular disperse move or disperse attack is. No one is setting up attacks like that manually right now simply because of the APM that would be required. But adding that would open up new tactics and should absolutely be allowed. I mean shit, I'm glad your video uses Janus' because that seems perfect for janus firebombing missions but I could see it being used in other situations too.

That... is awesome!
Sucks that it couldn't have been more refined and implemented.
This would've made a great addition to FAF.

We can look into it again when we find the time for it. It didn't get merged because there was an issue when I tested it followed up with merge conflicts. And that on a pull request that was two years old, from before my time.

We can look into it again when we find the time for it.

@Jip
Any update specifically with the Radar Range rings?

If it can't be done with the game engine as you mentioned, perhaps there is another way?