Best posts made by Brannou

Yes it's a small change but but make it way easier to know how much what you are building cost
https://imgur.com/QmJ36VJ

How about something like this?
Visually more clear to know what your engineer are actually reclaiming.

I often mess up causei send engi to reclaim with attack move but they only reclaim close to the destination but not everything that might be in between and this make is clearer. 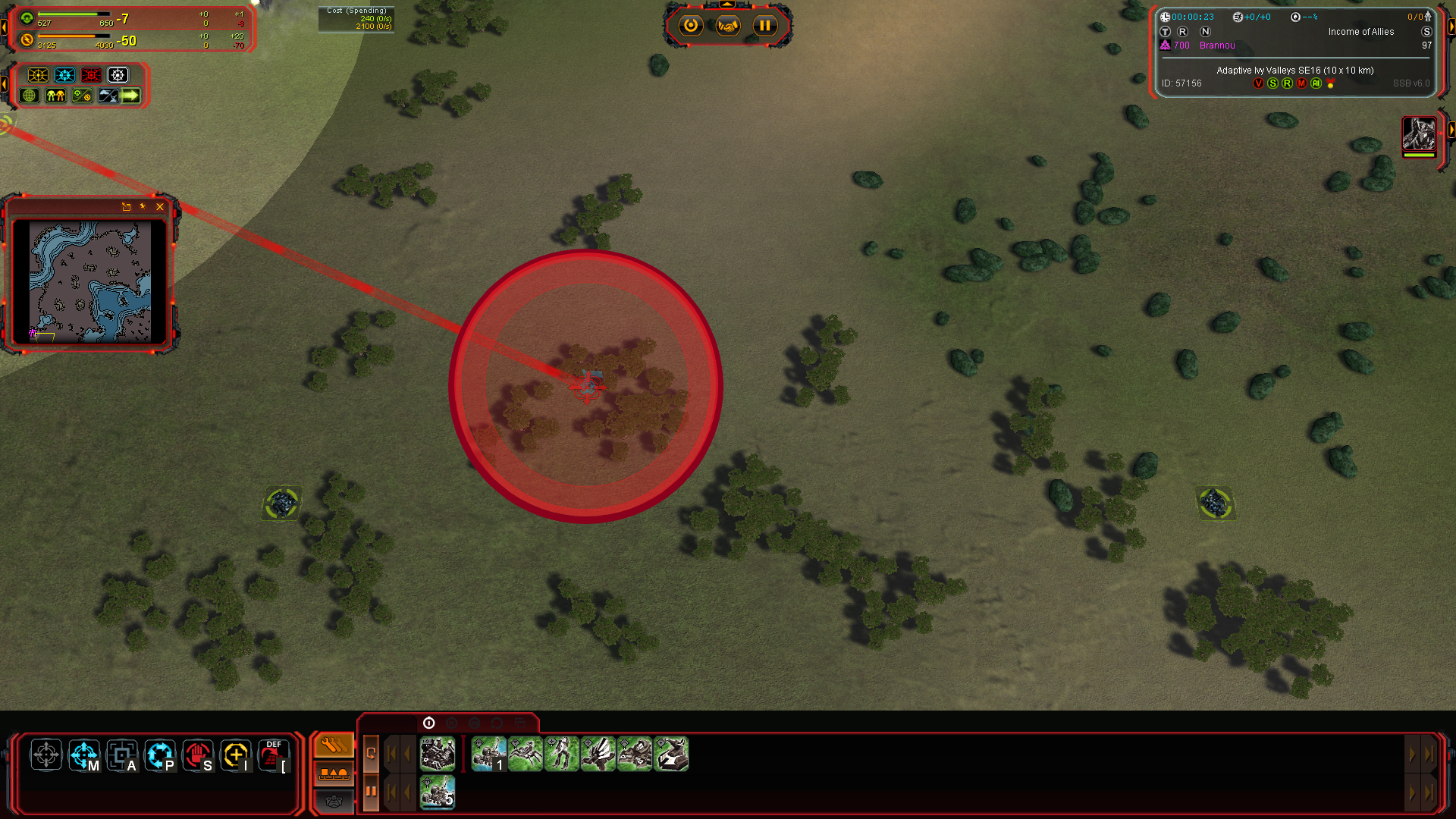 posted in Suggestions •
RE: Thoughts on how to build the Mavor, Paragon, Salvation and Yolona

@haachamachama said in Thoughts on how to build the Mavor, Paragon, Salvation and Yolona:

Doesn't Paragon now give a huge E storage to prevent E stall when it finish building?

I propose to lower the gun splash upgrade cost for seraphim acu.

In it's current state it's never built and is not even a niche.

It's something that you want to give your com enough power to keep up on the T2 to T3 phase but the cost in mass and in energy make it not viable.

Latest posts made by Brannou

posted in Balance Discussion •
RE: CounterIntel

in the faf mission where we protect burke, there is a crystal that create fake air signature
Maybe we can use it.

Problem : Seraphim gun Splash upgrade is never used because it's too costly compared to all other upgrade. The use for this upgrade would be between T2 and T3 but the cost is after T3 and at that point there is too much risk on the acu to even use it effectively.

There is also not a "clutch factor" like a Mazer/TP could have or a big increase of survivability that would make building it a good choice even if not used later in the game.

Showcase : I can't really find a game to link where the upgrade is even built. Evn an old game (which i don't have the number unfortunately) that was played by yudi they got T3 instead of gun cause it gave more hp and ended up being more valuable than gunS

Did some testing in sandbox. I was able to build Mazer faster on a T2 eco (5 T2pgen and around 20 T1pgen+hydro, 7 capped T2 mex and 4 more T1 mexes) then it was to build gun splash. The only difference is that mazor cost more E than mass, has shorter build time and perform twice better.

Solution : Try either reducing the cost and the time to build to make it more affordable so it's actually built on com between T2/T3 and have an impact or lower heavely it's cost but also it's power and make it more of a second gun upgrade effective at T2 but falling when fighting T3

1st Solution : The reason why it's not build is it's cost (more than T3 HQ) and build time. The only upgrades that take more time on a com are T3 (but is also way cheaper) and Billy nuke with advanced regen taking same time.
Making it faster and cost cheaper would allow it to be built as an alternative to go instead of T3 and T3 eco to push a potential advantageous situation and close the game but with the drawback of sacrifying scaling if it fail.

2nd Solution : Completly change it's use. Making it way cheaper and still lowering it's build time so it can be built at early T2 eco. Less powerful and less impact but could help prevent turtling and would promote more agressiveness.

So, what the balance team think about it and it's implementation?

Just delete dual gap, crater and seton and you will have more people to queue mm

posted in Weekly Discussions •
RE: Let's talking about HARMS

I had a game where i won navy (rush T3 battlecruiser as uef) but the eco ennemy got 3 ras sacu to build harms and sams. Even with 4 summits and a tons of torp bomber i wasn't able to break through. Idk what i could've done