Best posts made by Nex

RE: SACUs and Factories Upgrades questions

@manimal_ said in SACUs and Factories Upgrades seem to be bugged: 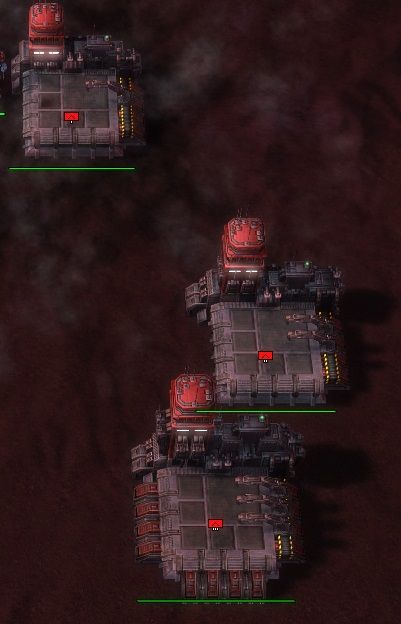 Screenshot from Vanilla FA (no mods)

If not, then I suggest adding a ring around the target point of Attack Move, showing the reclaim range.

You can do that with advanced camera stuff (ui mod) and it is already part of the next version.
https://forum.faforever.com/topic/4705/upcoming-developers-patch/2

You have to hold ctrl (or maybe shift? can't remember) for it to show the rings.

For example, dragging the Order through tree groups will often result in moving through those trees en route to the final target point

I believe this is only for attack move out of factory, which only reclaims things at the end of the attack move, not on the way.

dditionally, the reclaim range of Attack Move is many times greater than Patrol or manual reclaim, almost ridiculously so.

That is also only the case with factory attack move which has double the range, due to an engine bug (so also hard to fix).

That's how the normal attack move works. It should walk to the target point and reclaim anything that gets in range (and sometimes some more

Is there a reason to actually link both steam and GOG?
Or could that be disabled? So you could only link one of those to your FAF account.

@manimal_ said in SACUs and Factories Upgrades seem to be bugged:

it is hard to my old eyes... tiny icons with even tinyer Tech marks... d'oh !
And It's getting worse by zoom out

If your having trouble distinguishing icons/tech levels i recommend an icon mod. 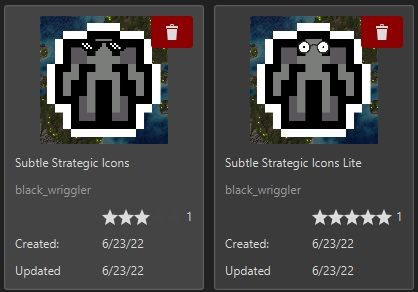 These change some icons and make higher tech icons larger

posted in General Discussion •
RE: The Problems With The UEF - Part 4 (The Ambassador & Blackbird)

Adding Jamming to more UEF units would be nice to increase faction diversity, but the stats should be adjusted, because just adding jamming would make those units kinda op. All Cybran units have less hp for a reason and the cybran strat even deals 250 damage less than the others (UEF strat also deals 100 damage more than others)

posted in Balance Discussion •
RE: The cache is not purged

This is probably intentional, as you need the old versions to watch older replays
So once a player watches an older replay, the client keeps that version around in case the player wants to watch another one of those replays

posted in FAF support (client and account issues) •
RE: The Problems With The UEF - Part 7 (The Ravager)

I'd rather like to see e cost to fire on all Pds instead of removing it from the ravager.
If the mass/e costs get reduced to compensate it wouldn't even make a difference for the one building it, but it would give you another option of breaking firebases.

posted in Balance Discussion •
RE: Can we fix harbingers?

@arma473 said in Can we fix harbingers?:

posted in Balance Discussion •
RE: How does scoring work?

disagree that players attempting to max out metrics like ACU kills, unit kills, is "exploiting" the game, since that's kind of the whole point of the game, and if anything would encourage people to not turtle.

It would encourage people to get the most amount of kills etc. and not to win the game, which incites a certain competitiveness between teammates.

Also FAF rules are not secret, that's the point. Only winning matters.
His point was, that if you wanted to introduce a scoring system based on game stats, that system would need to be secret.

The amount of points you get is only different, because the system was more sure of your previous rating (as you probably had already played more games) than your teammates. It's not like you get more rating, if you already have more or something.
Only your variance (the systems uncertainty) matters and the rating difference between the teams.

Every other game on the planet (video game, or sports game) publishes the scoring rules, so I'm struggling to understand your reasoning.

I believe almost every other game also uses this approach. In chess you don't get more rating for getting more pieces or winning in a more favorable position.

By analogy, what you're saying that in a grand slam tennis match, even if the less ranked player won, they'd award 1st place to the top seeded player because "they're the top seed", not because of who actually won the match.

This system is also for ranking players by skill and not to decide a winner.
The rating system has no winner, who has the most rating, but it should simply reflect how good each player is.

posted in I need help •
RE: Still too many people badly disconnecting

Also i for example just learned from some stream, that you can offer a draw to the opposing team, which could also be a nice loading screen hint.

Latest posts made by Nex

RE: Lock 0 rated players for 4vs4 ranked and AFK problems

@blackyps said in Lock 0 rated players for 4vs4 ranked and AFK problems:

Also, wouldn't the new people also ruin the custom games? I don't see how this improves the situation at all

No, because everyone just kicks the new players.
A progression system, to discourage making new accounts sounds like a stupid idea (because that's what these progression systems actually do). Often people start the game and want to play with their friends and games that tell them you have to play 10 games against ai first are just really really bad. So if your friend said let's play this game, but before we play together you have to play 10 games in this noob only queue, how many people would actually play the game?
It works for bigger games, as they have enough of a player base to make their entry barriers higher, but for FAF I think this is a bad idea.

Yes, a Fatboy should also get a buff so it outranges t2 arty.
Units that can be countered are pretty boring anyway.

posted in Balance Discussion •
RE: What is your CPU and CPU rating?

posted in Suggestions •
RE: Cannot give resources?

If you hover over the icons, it should also show what you can do with shift/ctrl+click

posted in Game Issues and Gameplay questions •
RE: Cannot give resources?

@laconic said in Cannot give resources?:

The button is there but kinda greyed out

The Button was disabled, because it got buggy with the last patch.
You can give resources via the scoreboard.

Hydros could also have different upgrades granting you a global buff, while you control the hydro.
For example all your radars are larger etc.
So the Hydro would be contested lategame, for the big stat bonuses, which are not as valuable in the early game.
And without eco bonuses this wouldn't speed up eco scaling either.

@black_wriggler I'm not saying you are wrong or that it's a remotely smart idea to make units just to reclaim them. I'm just saying, that your statement

depends on your view on the gains of adjacency (per unit/per time) and is misleading in the context of this thread.

@black_wriggler The thread's name is "86% mass discount", which is not true once you start assisting the factory. And if you intend to reclaim the build units to get the saved mass as actual mass, you also get less if you assist the factory.