This topic has been deleted. Only users with topic management privileges can see it.
last edited by
0
U
Unknow
This post is deleted!
Reply Quote
last edited by Chenbro101
2
C
Chenbro101

Always thought the exp chicken should get egg laying instead of the megalith. So...
Ilshavoh become ythotha on vetting up.
Ythotha can lay eggs like a megalith that spawns ilshavoh.

Nobody uses the mobile factory aspects of units except for maybe T3 aircraft carriers. I would allow Fatboys to construct units whole moving for example, and buff Megalith buildrate

When units vet, they get LARGER

Add the Bismarck dreadnought, from the Blackops mod to the game.

There will be weather seasons from now on.

Winter comes with snow avalanche passing throw the map. Spring smelts it and creates rivers which sweeps everything away in his way. Summer will drain rivers and seas. Autumn comes with a tornado.

the most ridiculous take of them all: 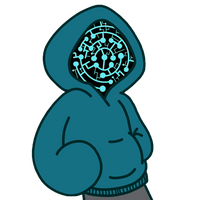 (I'm an idiot and misread the prompt, so going to completely change my post. and leave the original at the bottom marked out.)

Allow the harbinger to use the sacrafice ability that all the engineers can do, with the cost of the harbinger it would make it a real strategy when you have large armies of harbs to use half of them to get a gc out quickly.

Give the Aurora a 50HP shield. I know it'll never happen but I love the idea of it the more I think of it. give it the ability to survive t1 bombers and make the faction consistent having every main battle unit feature a personal shield (obsidian and harbs being the other main battle units.)

Make the chrono dampener a chrono booster instead which increases speed and production of all units within range.

Soulripper can pick up units and experimentals like a dropship. And also shoot other gunships.

Add RAS upgrade to all units, the lower the HP, the higher the production/mass cost rate.

When ctrl+k (non instantly) all units and buildings explode dealing as much as 1x-3x their max hp of damage with decent splash and leave no wreckage.