Aeon T3 strategic bomber (Shocker) does 2990 damage per bomb. The tool tips all say 3000. Could this please be corrected?

Does anyone else have the problem that Galactic Colossus claws do not leave reclaim behind?

Do you have a replay showing the incorrect damage? And I don’t remember them ever leaving reclaim behind now that I think about it, I’d image they overkill so much that it destroys the reclaim

This is a known issue and is fixed on FAF Develop: 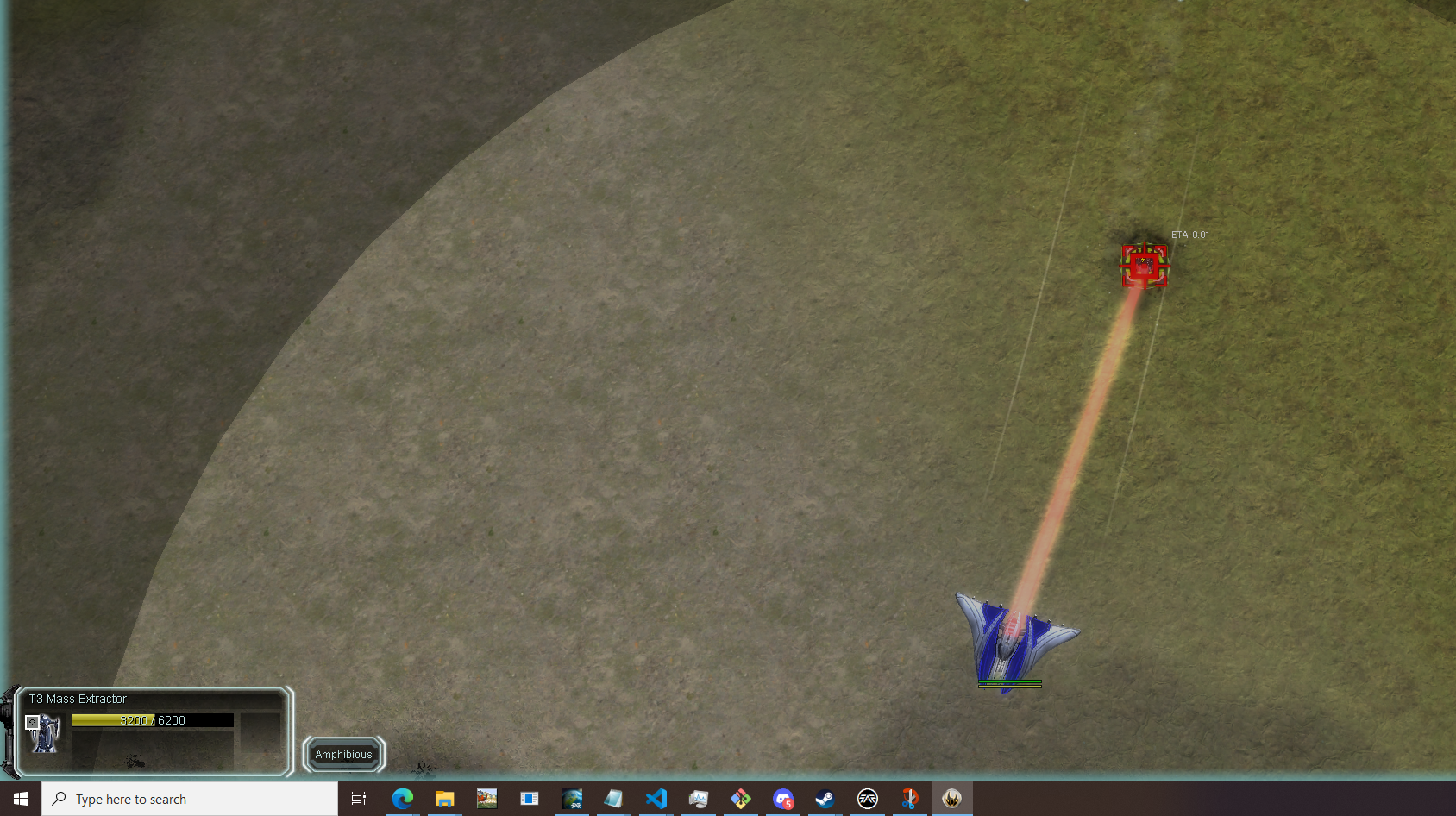 With regard to the claws - I do not recall them leaving a wreckage. They do not do so on Steam FA. @Tagada should they leave wreckage when using the claws?

Idk, I am fine with it either way.

It might be nice if the GC claws were to either leave a wreckage or give the GC owner the reclaim value when they consume a unit.

Please no, that would be dumbing the game to much and would make GC OP. That shit would literally pay itself off by just walking into any random t3 army.

While mechanically very cool yeah I think a GC being able to convert a bunch of Percevals or Bricks to mass can be a snowbally scenario. If you want sturdy build power you should have to invest in sacus

@FtXCommando I thought Percival's were rather strong, and hard to lose the game with?
@Emperor_Penguin Your idea is honestly quite appealing, but consuming the full value of the unit would be OP like @RandomWheelchair said. A compromise of getting only a % of the wreck mass may compensate for the GC being (as I understand it) more expensive compared to the Ythotha and performing worse.
It would be nice if that idea was seriously considered, instead of being dismissed completely out of hand.

Thanks @Jip for your reply

I don't think there is need to touch GC when it have such a good suite of support units and doesn't require micro unlike Ythotha.
Also you shouldn't be forgetting that your GC can be supported by Harbs which can already reclaim on the spot, just look into the claws not leaving reclaim that's it.

@arran said in A Shocker bug?:

@FtXCommando I thought Percival's were rather strong, and hard to lose the game with?