Shouldn't T1 Torpedo Launchers have some advantage over T2?

This topic has been deleted. Only users with topic management privileges can see it.
last edited by
0
M
Melanol

T1 PDs and T1 anti-air def are better than T2 in some ways, T1 Torpedo Launchers are worse than T2 in every way. 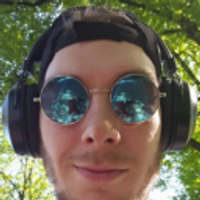 They are built more quickly. When I try to emergency defend something: I build T1 stuff.

In all other points I agree with you T2 > T1 but to think one step further, the HARMS (cyb-T3-troplauncher) is also superior in every way.

I do not exactly understand why this is "unbalanced" in your opinion. https://forum.faforever.com/topic/759/balance-thread-guidelines may help you to clarify this.

T2 torp launchers are awful for the mass cost, and honestly at at the T2 stage they get owned by destroyers and torp bombers

What would you even build them for? You can rush a T1 torp def to stop a t1 sub rush.

Honestly if anything, I think T2 Torp Launches should get a buff...

I agree T1 and T2 torp defense need a buff. Every time they are built is always looked as a desperate attempt/joke rather than a real threat.

Makes the navy game feel very much of a who has more frigates since you can’t create static defenses in the sea at any point in the game.

Torp launchers are never built for preemptive defense and always last ditch. T2 toros should never be built as t1 is cheaper and better and the ranger doesn't matter for them.

Buff t2 to be submerged, can give it y1 stats if needed

@femboy said in Shouldn't T1 Torpedo Launchers have some advantage over T2?:

And every time I make one, I regret it

Ngl I have the bad feeling buffing t1 / t2 torp defenses will result in (especially lower ranked) players just creating firebases.
You can always abuse the navyfac as a meatshield for your frigate until another one is ready.
You always have more engis to assist (and build) stuff in navy compared to e.g. land.
There is always the option to build the OP unit called Torp-bomber in order to counter navy (Here I'm referring more to the alternative of building t2 torp launchers).

It's like having t3 air. You have to rush t3 air on teamgames or you'll get strated. You have to rush a frigate in order to not get competely annahilated (not even on most of the maps). Where is the difference and why is noone complaining about t3 air then?

Torp-launchers should never be considered an alternative for not investing into navy (just as Sams are not a solution against strat-rushes early on). They're an emmergency-solution giving you a small advantage if you fucked up your navy-timing.

@sladow-noob lmao if you lost navy, torps launcher is never going to be anything more than a mass donation. 0 advantage whatsoever in the navy game from spending 500 mass in 3/4 of a frigate that can’t move.

I’ve built 0 torp launchers in all my games, it’s absolute garbage that only sees use to kill a t1 sub being annoying and that’s it. Might as well remove it to stop new players from thinking it’s like a t1 PD or AA

buddy I'm literally saying that they're NOT an alternative or whatsoever but it's more like t3 air. Aka you have to build navy anyway until you have hover or torp bombers.

That's why I thought give it the t1 range or stats so you can move around it.

You may not be aware, but T2 Torp defense currently has Personal Stealth - for all factions. Being a fixed structure means it will remain on your strategic view as soon as you get visual on it.

But if you make it mobile, even the slowest supported speed which is 0.1, then you will need current vision / Omni to get a bead on it. Making it very slow should prevent using it as an actual unit to attack with.

Perhaps buffing the torpedo launchers could work.
I propose for consideration:

Why I think this will make games more interesting:
Assuming the naval defenses are viable, they could hold off a fleet, but on a timer. Defenders get a few options, put mass in naval factories, or let the torp launchers spend mass to make more torpedoes. Maybe put some engineers on the front to assist in torpedo production speed or build more launchers.

The defender also gets some counter-intel options as well. Building a bunch of cheap launchers but not having them build torpedos, essentially bluffing the defenses. Attacker would have to weigh that as well.

So I guess make them viable defensively, and good, but not in a sustained engagement. might be able to catch people off guard and shred a fleet.

What about making t2 torp launcher move of around same speed as sera t2 sonar? Since no one ever uses them. And make their build place like 3 times larger? So that you will not creat a moving blockpost. And also making them a bit more expensive should do stuff. Like make them 20% more expensive masswise and 10% less expensive energywise. Might actually make t1 subs useless, but dont forget that they are not that usefull. Since they cant kill facs due to 1 t1 torp defence or t2 torp bomber. But fine at scaring frigs when you have low amount of frigs. And after the change we would actually need to rebalance subs a bit. Also would really love to see a buff on t1 and t2 sonars. Since they are built only to upgrade them to t3 which makes me wonder if they are even needed in a game.

One thing I can think of is t1 pd is really good v tanks and is countered by arty, but t1 torps don't have this relationship. Just kinda thinking out loud that t1 torps defence owns frigs but gets countered by t1 subs. Would make t1 subs more useful but would require a lot of thinking and balances changes.

Maybe t2 torp launchers could use a bit of love, but i think they are generally in a pretty good state right now. The reason why t2 feels so underwhelming is because it only increases the range from 50 to 60. Issue is you cant make it higher than 60 or it'll start outranging uef and sera destros.

That being said, for roughly x2 mass cost you get x2 dmg and x4 hp and with the added range it means its quite more efficient. However because of torp launchers mostly being used in defensive situations the 33% longer buildtime is often a reason to spam t1 torps instead. But when you are in a prolonged defensive naval battle u can see t2 torps be pretty decent. Ive seen quite the number of aggressive t2 navy leading to t2 torps with 3k to 10k mass killed.

Yes, overall torp launchers are pretty weak, but imo this is way healthier for gameplay than how pds are right now.

@thewheelie what’s wrong with outranging uef destroyers? They have the cruiser for longer range so it would be a similar relationship to PD where t2 PD outranges pillar but is outranged by MML