This topic has been deleted. Only users with topic management privileges can see it.
last edited by
10 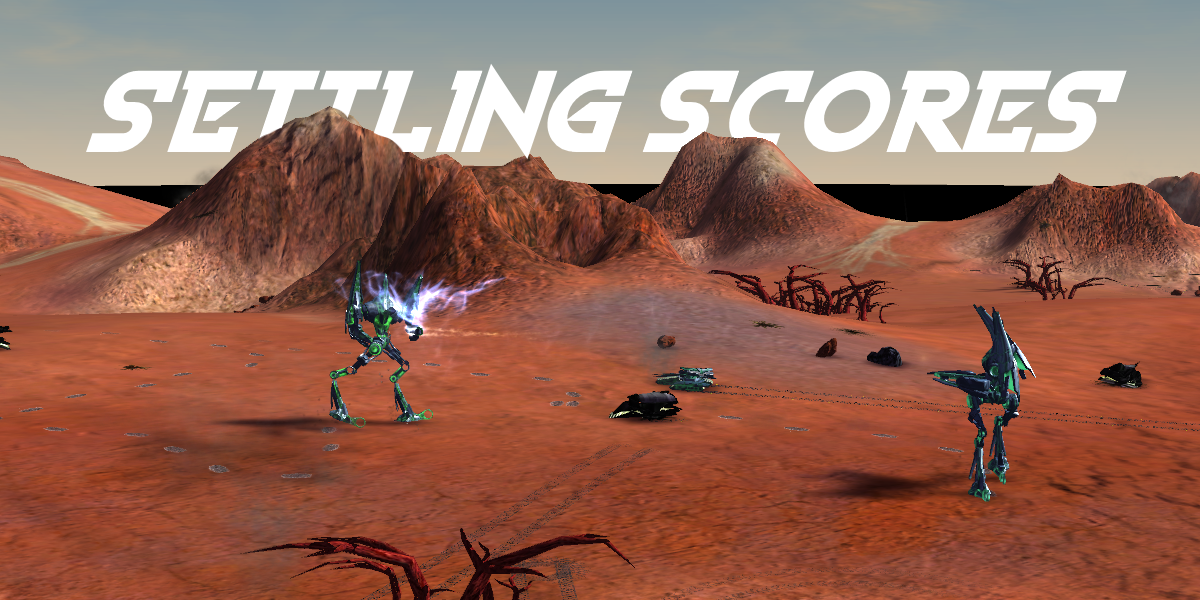 Got a score to settle? A rival you just can't seem to pin down for a fight? Someone who you want to decisively say you play better than? Well, this is the tournament for you.

This tournament is open to everyone with a 1v1 ladder rating of 1500 or higher.

How does it work?

No, half these maps aren't on the vault yet. Yes, I'm planning to have them all ready on time. Yes, I made 10 out of 12 of these maps.

While we are at it, if you like, I am working on an automated sheet that players can use to query picks. The code is not implemented in full, but this is the template I intend to use. There IS some nice conditional formatting in place so that when factions are entered it changes to the color of that faction (makes it easy to read quick!).

The amount of games, maps, etc can be scaled fairly easily. I can show you how to use it if you like sometime.

Image of the format: 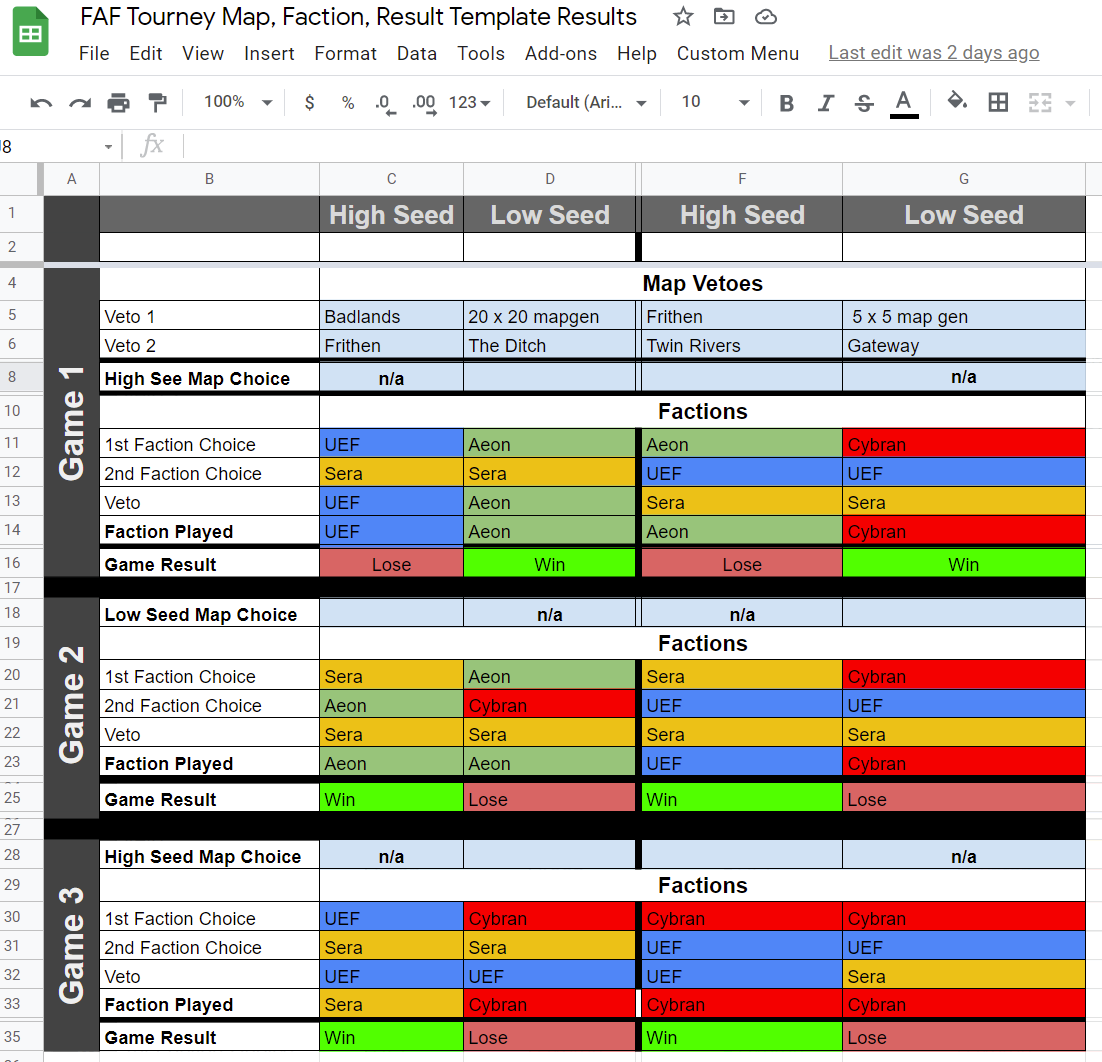 (Small disclaimer I am going on a climbing trip in the fall, so long as I'm free lets do it. I could also be convinced to play on a different day if allowed.)

@Javi I summon you!

Please fill out when you can attend here: https://whenisgood.net/5iyqykc so we can organise your time slots. Oct 2 is the primary date, but Oct 3 is available for people like Tex and Jagged who may have events that weekend and would like a backup time slot. The table is in UTC.

I call dibs on @Swkoll

The tea-baguette alliance is over, I call for the next hundred years war ! @grimplex you shall die for your sins !!!

I would pay to see Aurico and Grimplex to see if the master has surpassed the student.

Is grim the master?

This is public humiliation

The only humiliation will be when your ACU will explose repeatingly on the 2nd of October !

This tournament is ratingists! (This is a joke please no take this seriously). Good luck friend!