This topic has been deleted. Only users with topic management privileges can see it.
last edited by Deribus
0

This one's for your Othuums, Harbingers, and Titans.

And all 2 of you Loyalist fans.

What about the Bricks?

Loyalists are better for killing T2 and raiding than Titans, which is what the assault bots are made for. The kamikaze emp attack is meh though

From an AI perspective titans feel like they are good but loyalists are weak and the AI does better off just building bricks even against t1-t2 units.
Harbs are ok but I find othuums too slow and boring so I rarely build as either a player or an AI

Loyalists are better for killing T2 and raiding than Titans, which is what the assault bots are made for. The kamikaze emp attack is meh though

I'd argue that higher HP is more important than higher DPS for raiding. You want to get to the place you want to raid first, and assuming the opponent doesn't scramble enough gunships/bombers/units to kill Titans quickly, they're going to regen their shields at least once before they die. 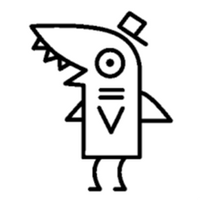 Just my thoughts as a mid-ranked pleb.

Loyalist: Only really good for raiding and killing T1-2 units. Still have yet to see someone use the suicide emp to actually influence fights to a significant degree. (Also please stop ramming these guys into T2pd. They have the speed to go around, use it.)

Titan: Mostly the same as the Loyalist. Good rush option but I see way too many people building them after they should have transitioned to something else.

Othuum: Fine, nothing good or bad. Works well with Seraphim's other supporting units.

Harbinger: Mostly the same as the Othuum with the caveat that it's significantly better at raiding and reclaiming your opponents expansions is fun. Does fall of hard against Bricks and Percivals as the game goes on.

I do love me some harb drops. Reclaiming the mexes you just killed is the ultimate "F U"

Loyalist: Good for raiding as long as the air isn't thick with bombers, fair damage and they can actually retreat. Still feel kinda weak for some reason, and they have a skill that I've never found out how to use correctly. The EMP blast on death is neat, was never a game changer for me though.

Titan: My favorite fast attacker, they're great at punching down on T2/T1 units, they're fast, good defense, the thin shield keeps them useful even if their HP is low. Microing them to run in circles to dodge fire is pretty great too.

Othuum: I've had limited but great success with these. They've always fallen short on a land assault, somewhat better with an amphibious assault because of the surprise factor. Paired with snipers/arty and shields, they make great defense units, good against T1 spam too. More like a Tank for Siege Defense, not a Siege(ing) Tank.

Harbinger: Okay for the cost, the shield is nice even though it's a "bubble" but not a bubble. Being able to destroy a base and devour everything in the area is cool, having them help build is alright too but not particularly useful by the time they roll out on the field.