If it almost outranges SAMs, it would be easy to kill small groups of SAMs, and still hard to kill big groups of SAMs, but you could try to avoid them. So it would be harder to spam SAMs to keep out a soul ripper out of a large area but it would still be viable to spam SAMs to keep the ripper out of a single base. It would also be easier to protect a ripper if it has more range because you can have more land-based units supporting it when it's further away from the enemy.

Please no. It's enough that Ahwassa can kill sams without losing much hp.

That design of the unit will require it to cost the e that washer or czar costs. You can’t have people making a unit that baits air fights by sniping sams/defenses away and therefore risks an immediate and complete game loss while also costing basically zero infrastructure.

It's kind of weird how fast balance swings when you introduce SAMs vs Air or how fast the balance swings when the SAMs Disappear vs Air ( in a certain area). Air can sometimes feel very oppressive in Teamgames, it's extremely different in 1v1s tho where Air is just a great support role and can offer an upper hand, but in Teamgames where one players can invest fully in Air. It can get oppressive with how easy it is to all in snipes and how losing air is just an instant game lost which can sometimes be frustrating.

Soul Ripper is too slow to be effective biggest buff for Soul Ripper would be a Movement Buff & Alpha Damage, would make it a quick ambush experimental (flying monkeylord basically)

I might have missed it, but will sera battleship nukes get the same kind of cost increase as nuke subs and stationary nukes?

@tagada may I ask for your thought on why not increase the energy cost of nuke missiles? Wouldn't this be easier?

My first assumption was naval balance, but regarding the sera BS I'm not sure that the planned chances are healthier/better (without unplanned side effects).

Oh, I indeed cant't read as I thought the missile cost was changed, not the sub/launcher itself..
Changing the sera BS cost to nerf its nukes wouldn't be a great idea, so good that it's not planned.

Then I don't quite get the energy cost explanation though: "while the bigger energy cost increase makes it a lot harder to make a fast second nuke."

On the current balance it takes (roughly) 1 additional t3 pgen to build a nuke launcher in a reasonable amount of time and 2 t3 pgens to actually load the missile.

The proposed change of doubling the energy cost would make it so you need 2 t3 pgens for the entire process. While this means you need to build the 2nd pgen earlier, which is a slight nerf, this results in essentially no change to the total cost of launching your first or any subsequent nukes.
(the additional 3k mass increase does of course increase cost though)

If the goal is to discourage building a second launcher, beyond the proposed 3k mass increase, further increasing the launcher's mass cost, or the energy cost for launcher (and missile) beyond the 2 pgens from the proposed changes would have a much bigger effect imo.

Updated the changelog with the following new changes:

Stay tuned and thank you for all of the feedback so far.

nothing is an overnerf to what snipers currently are 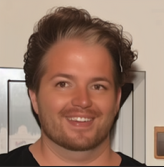 Happy now?
Or do I need to give UEF Frigs hover ability as well?

Time to main uef i guess

Happy now?
Or do I need to give UEF Frigs hover ability as well?

Looks good, your list of possible changes looks great as well, hope you guys have the time and endurance for achieving some of that changes as well.
I have the impression that in this list and the current change log most points of the community are included. So thanks for your work so far and being here on display

Time to main uef i guess

Yes. As basicly all changes can be summarised: " make UEF much stronger, and other nations/factions weaker..."

The only big nerfs in this patch are nukes and air t4s?

Snipers and bot nerf basically cancel out the OP units from each faction on t3 stage and asylum is stupid for being a way higher utility parashield that costs half the E.

The buffs to UEF units either buff units that are a mistake to make (valiant, kennel) or give UEF the ability to play in a unique way from other factions (sparky, jamming)

Afterthoughts.
Give the Uashavoh (Sera T2 destroyer) a Turret Yaw increase. This unit is supposed to be heavily microed and the Yaw hinders this.
Instead of an 11% HP increase for the Valiant, give it a move speed buff to enhance its "skirmishing" ability. Adds micro and skill cap to the unit.
Snipers. A nerf for them would be to halve all their current stats, including DPS and Mass cost. Everything but physics, range and intel. They wouldn't fit under shields anymore if amassed. Very big nerf. Syke.
Emissary. The worst T3 arty. Buff projectile speed. 120 -> 150. Problem solved. Niche role. Rapid and accurate fringe target destruction. Still trash at base killing.

I don't get why the Loyalist lost the ability to redirect Billy nukes.

I don't get why the Loyalist lost the ability to redirect Billy nukes.

It’s as though you add a 5% chance that Cybran laser kills your ACU if you cause a chain pgen explosion.

You’re paying half a million e in the missile + upgrade and risk getting a missile you can’t interact with sent back to you (which you paid for).