How should we explain FAF's differences to FA on Steam?

This topic has been deleted. Only users with topic management privileges can see it.
last edited by Penguin_
1
P
Penguin_

FAF has many differences to FA on Steam. Here is the wiki's current explanation of those differences. I think that's worth trying to improve.

In particular, I think it would be good to have a short cliff notes version as well as a much more detailed version that covers as much as reasonably possible (a full changelog would be nice if someone has or wants to make one).

I think it could be good to display a refined version of these descriptions on the FAF website as well as on a pinned post in the FAQ section of the forums.

I figure it would be good to get a variety of perspectives/suggestions for what to include/what to say. So, if you want to help, feel free to reply to this thread with what you think should be included. Thanks!

@Emperor_Penguin it is planed to have a detials list of all the changes from balance, game and other misc improvements fromsteam to faf in the new webiste update that me and @Femboy are working on.

A very detailed version doesn't make sense imo, mostly because it would have to be kept updated with every patch but also because it would be massive (over 10 years of changes).
A general overview of the changes similar to what you linked is the best way to go. A few changes and additions could be made but I'd say it's already pretty good. Why would anyone need much more details? If someone cared that much for some reason they could just go through the patchnotes too.

I agree with Femto, any more details and you may just reference to the patch notes instead.

@femtozetta The plan is for it to have the most SIGNFICANT changes on it, with all fancy graphics and images to showcase it plus a link to the patchnotes for people to see the most current changes or just to see every change in detaill

@FemtoZetta @jip
A new player having to search for and through the various patchnotes (which have seemingly often not been linked properly in the past...) seems cumbersome and not new-player-friendly. I made this thread after reading about some other communities' opinions/gripes about certain aspects of FAF. The concept of having a single page with 1 cumulative patchnotes is rooted in trying to improve the new player experience and could be a nice QoL improvement as well.

I am literally one who wrote that page (later rewritten by woundedelk), with explicit intention of answering “da frick” moments. From new players for who or how things are different in a super macro’y sense. I even took time to ask around for thoughts as I began the process. Its due for a few minor rewrite in a few months.

New players don’t need to know mongoose got some stat changes even if they think they do to progress from 100 to 300 rating.

Things can be broad and general because FAF balance intentionally keeps as close to form with base FA which can be seen just with the near zero adjustments to eco pathing (only really impacting RAS and making t3 mass fabs not a noob trap).

You can broadly do a narrative of changes and how one was done to fix problems from the past and how it necessitated future changes and so on. Biggest examples would be engie mod fixing engie pathing/lag issues which in turn makes tech transitions significantly easier which results in more t2 which results in a t2 nerf which gives t3 a disproportionate power spike which causes a whole revision of the t3 stage etc.

More or less what I did in the linked wikia article. I could have added an addendum discussing the power desperanch (spelling) between tech level changes

@Rowey you guys know is still techenically a draft. There are few things I need to fix (BP of HQ’s and Support are exactly the same. Clarify a bit of hotbuild vs buildmode). And a few other minor details

I'd even go so far to say that you would actively scare away more players if you include every change FAF has done because if you do, just about 90-95% of the game has been touched in some capacity. On a quick skim "to see what the deal is with this thing I got recommended" you notice that this community has changed almost everything about this game. I'm just a casual dude looking to play 2 games a week, I don't want to go and relearn every single aspect of this game, no thank you.

It makes FAF look as extreme as LOUD in its gameplay adjustments when anyone would tell you it's nowhere near the same.

FAF keeps the fundamental gameplay loops as true to the original game as possible while refining the aesthetics around it to maximize strategic decision making from those gameplay loops.

If someone had the time (a big if), it'd be nice if there could be some sort of reference/link to more details on changes to save having to go through patch notes to find out the specifics of a change (it could be as simple as hyperlinks to each patch note relevant to the point).

Overcharge probably being the first example that comes to mind since from memory the changes are spread over multiple patch notes and aren't intuitive in-game.

@dragun101 I'll make sure to contact you once I start the FAF vs SC:FA tab 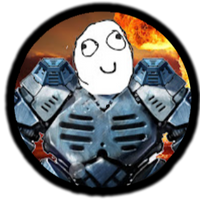 @DerpFAF Thanks for this we will use this for inspiration

I didnt read the whole thread so If i repeat what someone has already said than you can all call me an idiot.

I am thinking that new players that are familiar with FA but not FAF are not so concerned about each specific unit difference (because they can easily refer to an attached spreadsheet that has them side by side in a column for easy comparison) but are rather concerned with how the game plays differently. So is reclaim the same? Overcharge the same? ACU upgrades the same? What is different about the core meta of the game rather than simply unit differences. How do these unit differences change the core gameplay. Maybe in FA the ASF are weaker than in FAF so it needs to be explained how air battles are different because of that. I am struggling to find examples but I think I have said enough to make my point.