CPU rating is REALLY DOWN after latest patch

This topic has been deleted. Only users with topic management privileges can see it.
last edited by
0
B
brainstormer

After getting the newest patch today I decided to retake the CPU test, rating I had before was 250 or so, now it gives me 330 or more!!! WTF!

The benchmark previously did not take into account your RAM - it does so now. See also the changes in this pull request.

Note that it is not about the amount of RAM, but about the speed of it. What type of RAM do you have? 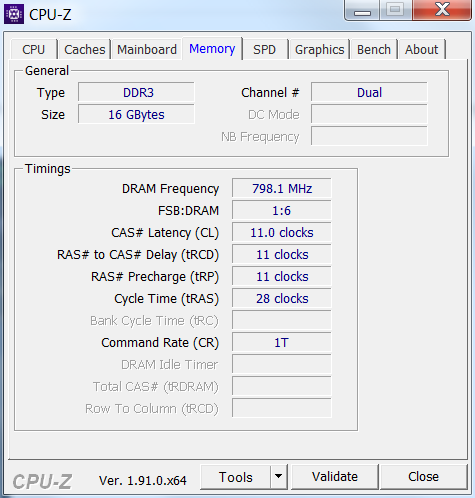 This is some kind of bullshit because I had no trouble playing 6vs6, now everybody kicks me?

I'm not sure what these numbers mean exactly, but here is mine: 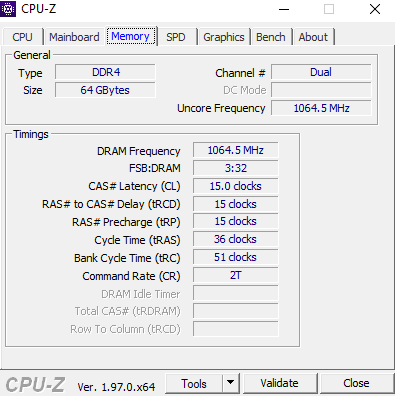 Note that my CPU rating went down by ~ 10 too. Does anyone else happen to have a better understanding of these statistics?

Well you just opened a big can of worms with the change to the CPU calculator. Pushing it without having understanding of how will it affect the whole ecosystem seems to be really stupid idea, especially when you consider all the people with different hardware.

Like why the hell wasn't this change mentioned somewhere else? But only now do we learn about it when it's already implemented? There should have been tests done so that you can see the changes to all the cpu scores and how will it impact lobbies using old CPU scores...

Anyway, his CPU should be capable of running 4v4 games and some smaller 6v6 on 10x10 just fine, dunno about gap. But the CPU he have as long as it won't throttle is capable of playing those games more than fine.

I do not understand those particular statistics - but I do understand the CPU pipeline and how it is more about memory management these days than anything else. Any expert on performance will tell the same - sadly there aren't any around here (including me - I am just a junior if anything else).

Over the past years CPU's increased in speed (single-core, but if you take into account multi-core then it exploded) but RAM is left behind. Have this fancy graph: 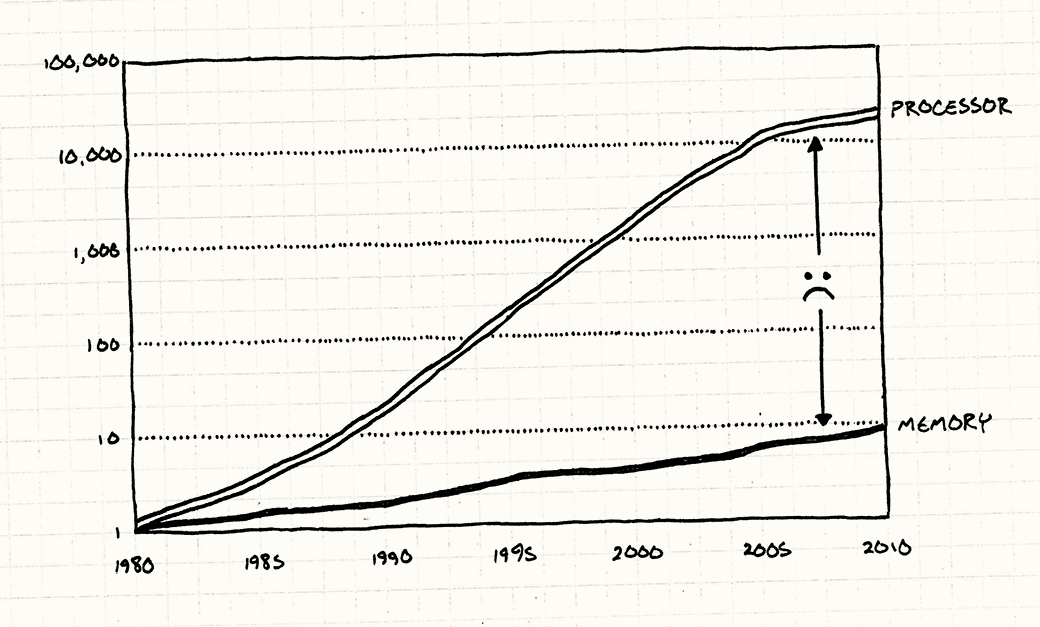 You can manage this by programming your software to work as much with the cache as possible. Sadly, this is hard to do but more importantly it is not what this game was designed for back then in 2006 / 2007. Back then, they still expected hardware to become faster by default each year. The term 'power wall' was coined somewhere between 2008 and 2010 - which is the same issue that we are still having today but we solve it by going horizontal(more cores) instead of vertical (faster cores). See also this article from 2010.

Therefore the RAM / cache in general is a good thing and the score better represents the entire setup of the user. Note that Brainstormer has DDR3, while you have DDR4. Another change is the cache and the instruction sets. To compare the cache sizes:

And all of that adds up - quite significantly.

I have no problems, no lags from me, even in Gap-like lobbies 6v6 during the late game battles. I do play on a large 17" notebook, a few months back I upgraded to 16GB and saw great improvement of performance, but there were literally no faster options...

And please add screenshots of the sim speed / time per tick + replay too for the games you are gathering data from.

What a funny situation. I actually discovered I haven't been using my CPU at fullest this whole time. It seems like my turbo-boost was locked, I read some articles, installed ThrottleStop and managed to unlock the turbo, I can also potentially overclock my CPU which I will definitely not do. Nevertheless, the 'new' CPU rank is still wrong, at least for me, as even with turbo and DDR3 I'm still getting 330-340

@jip That was a beautiful graph.

They offloaded some stuff to other threads mid-development, even if the effect doesn't look too big nowadays I think the game would've been pretty unplayable if they didn't do it.
Some info about it: http://www.slideshare.net/guest40fc7cd/threading-successes-02-supreme-commander

There were some benchmarks that compared single vs multithreaded performance of supcom during the launch era too, running it multi-threaded had quite big advantages. Saw it some time ago but can't find it now.