Moved to Australia. Is it still possible to play?

This topic has been deleted. Only users with topic management privileges can see it.
last edited by YouTheNoob
0
Y
YouTheNoob

So, for the next two weeks I'm in a hotel in Australia, in quarantine. The internet here is pretty terrible - WiFi, 4Mb normally, 8Mb if i pay extra.

What are the bandwidth requirements for FAF? 4Mb seems too low. I paid extra to get 8Mb and I hope this is enough fro gap.

What are the ping requirements? I noticed that my connection to someone else in Australia was 600ms. Does FAF connect directly to the other person, if so, what was the cause of the high ping to someone that is geographically local to me? Could it have been the networking of the hotel and their routing?

Is there anything that can be done to improve the performance from here?

I can't speak to ways to improve performance, but 4Mbps is plenty. 600 ping is a little worrysome.

Apparently not. FAF was using all the bandwidth on a dual gap game. I was actually getting about 360KB a second transfer, which on dual gap wasn't enough. The connection is up to 4Mb (Mb, not MB). My ping went over 1000ms to all players, once a player died and the unit cap dropped, the game was better. I checked task manager at the performance counters for my wifi traffic.

I miss my internet at the old place. 350Mb connection in Europe....

Bandwidth requirements should be very low - especially in the original IP implementation of the game. I can't speak for how much additional traffic FAF and it's ICE adapter would add, but I imagine it's possibly much more than the game itself.
The original game needed a very tiny amount of bandwidth PER player. I assume that the same still holds true - the number of players being a big factor in the amount required, along with the needs of the chat client, and all the housekeeping data that FAF might require for the ICE adapter and such.

i've a plenty of anz friend i played before and some that i still play with and i can't tell that they lag,i mean,ofc there're some but that's more of a commong thing really

Guy who developed the ICE adapter here, Bandwidth of 8 Mbit/s should be fine. I don't have the exact bandwidth requirements in mind, but I remember sth like 20KB/s per player.
It's not just the download that matters, but especially the upload. About the traffic, Client and ICE overhead is insignificant, it's 95% compressed game data.

Back when testing ICE, we had a player with 1 Mbit/s download and they weren't able to play anything 8+. So for dual gap I'd say 4+ Mbit/s will be fine. Beware though that the game is peer to peer and therefore traffic symmetrical, you will need the same thing for uplink as well. (Have been playing 16 player games with 2 Mbit/s up for ages).

About latency, that's a different story. You've come at an unlucky time. The FAF server is currently misconfigured, causing the latency estimation to Faforever.com to fail.

ICE tries to establish a direct connection, but uses a fallback in case that might not be possible (due to e. g. a symmetric NAT as it might be the case in a hotel environment).

We've got a relay server in australia specifically for oceanian players, but due to the mentioned current issue, your ICE adapter will not detect that that should be used.

So it relays your traffic via the server in Nuremeberg, for a round trip from player A->B->A, that means A->Europe->B->Europe->A. So you're going 4 times around half the world. That's the reason your in game latency is currently that high.

We're working on a fix. In the mean time, I've also added a workaround into the ice adapter which uses some fallback servers for the latency estimation (not the relaying, just the figuring out of "should I use the oceanian relay").

You can find the new adapter here: https://github.com/FAForever/java-ice-adapter/releases/tag/v3.1.0

I'm trying to get it inro the release candidate soon, you can test it by replacing the faf-ice-adapter.jar in the natives folder in the install dir of the client.

This will cause your adapter to correctly detect that faforever.com is too far away and use the correct relay. If you're lucky, your relay candidate will be used. It might be the case though for some players in your team, that are in oceania too and still run the old adapter, that their, european relay candidate is used, so you may end up with the same issue, till a fix is released to everyone. (although the issue won't be on your side then)

You can also send me an adapter log after testing, then I can take a look which candidates (relay/direct/...) and which relay were chosen.

If you have any other questions / need help / ideas troubleshooting network issues, feel free to message me on Discord (Official FAF server). 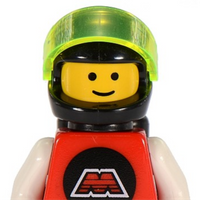 Hang in there! While Australian internet is pretty bad by global standards, you should be OK once you get out of the hotel with its crappy guest WiFi. Typical Australian fixed line NBN connections are usually 25 or 50mbit. 100 is common as well. So from that perspective FAF will be OK as log as you can survive your stint in quarantine!

Latency-wise the only thing I can add is that you will want to be aware of what your ISP is doing when you sign up for a plan. Some Australian ISPs including my own use Carrier-Grade NAT (CG-NAT) which can affect peer to peer games. My ISP allows users to opt out of CG-NAT if they have a valid reason - and gaming is definitely something they list as a valid reason. That said, this may not matter much once Geosearchef's mentioned fixes are in place.

Guys. thank you so much for the help. The posts have answered pretty much every question i had and a lot that I didn't.

I will do some research into Carrier Grade NAT. I think my old UK mobile phone used this technology.

4 days down, 10 days left till I'm living with the wife's parents and complaining about their internet instead.

Have a friend in aus that I play with often. He had similar issues due to GC-NAT and had to ask/demand he not have it applied to his connection.

From looking at this a bit more, I think that as Geosearchef said, FAF uses about 20Kb a second per user, but if there are 12 players on Dual Gap then that means 240Kb a second, with max units I think it is even more. The problem comes that other things use background bandwidth and a 4Mb connection is tiny, so it doesn't take a lot to max it out and push the latency up while it waits for the rest of the packets. 4Mb is also a best case scenario, which means I'm probably actually only getting about 300Kb a second. In short, 4Mb means i cant play on Dual Gap. 8Mb seems fine. The issue with the server being in Nuremeberg also makes sense and just means i cant play against anyone is southeast asia.

Do you have any idea when the fix would be released?

@geosearchef Awesome work with the ICE adaptor, you breathed new life into FAF!!

I rarely get any lag in game but you will be kicked from public lobbies a lot. Use 1v1 / 2v2 matchmaker or host your own matches and this isn't a problem.

Although your internet is particularly bad (I'm on 50/20).

Yeah. I go into lobbies and the first thing people say is "No Australians". I don't blame them. I just hope Geosearchef fixes the relay issue soon.

Even if I use a local VPN to get a public IP address (none GC-NAT), so I don't use the FAF Relay server in Nuremberg, there's almost always someone else using GC-NAT and they go through the Nuremburg server. Their extra delay adds to mine and FAF is unplayable over 400ms.

I tried replacing the faf-ice-adapter.jar with the one above, but the system hangs and doesn't load. I ended up replacing the original file.

Unfortunately, I don't know Java. I know a few other languages, otherwise I would volunteer my time to write the code.

@YouTheNoob We have a relay in Sydney thanks to the amazing PaulWay (and some solid help from the FAF team), and games on the ANZ Discord just about every night. And like Rezy said, not much lag except for the odd individual with issues on their end. We've also got a few regulars from overseas that play just fine with us.

Yet again, thanks for all the help guys. I did some tests for jitter. It's absolutely terrible here. My ping to the UK goes from 300ms to 450ms, so the jitter is making this absolutely unplayable. I will have to wait till I'm out of quarantine before I try again.

So the things that make FAF unplayable here in quarantine are:

I was actually wondering whether it was worth writing a tutorial on diagnosing networking issues for the next person that comes across this.

Fix is not released yet but in the works, faforever.com seems to respond to ICMP echo again though. I guess a server admin changed something.

So the old ice adapter should work normal again.

I'm an Aussie and have had little to no issue with overseas games whilst streaming up until about 1month ago (guessing that's when the changes happened) What I've been able to do was use a VPN to resolve most the issues but still not as good as its was. ANZ is currently the largest FAF clan and very active every night and still growing, to the point world players come to our server, it would be a pity if we can't connect to the world.