This topic has been deleted. Only users with topic management privileges can see it.
last edited by Mozy
8
M
Mozy 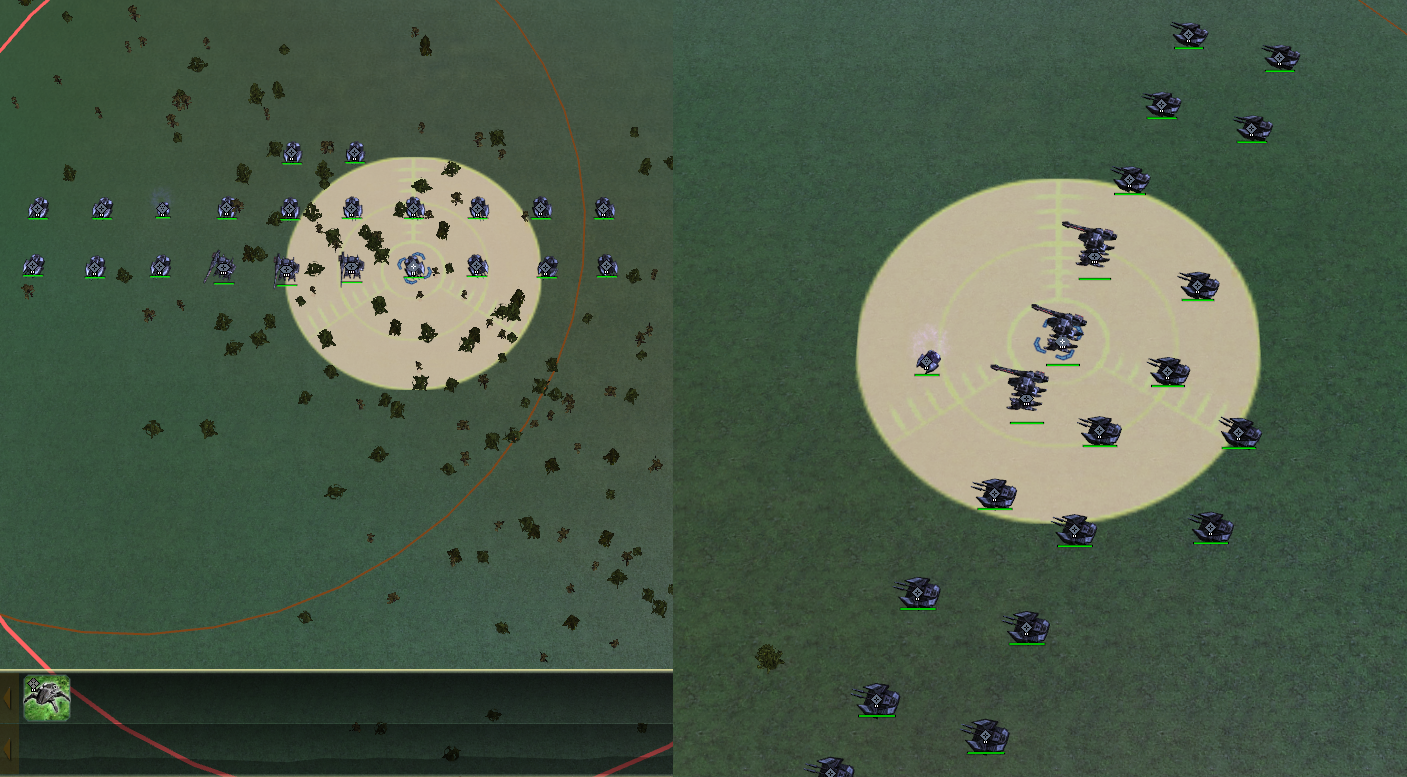 Yeah, it is about time Cybran ACU stop being useless beyond t1 stage.

All there is for cybran is lazer which is a meme

it's a good meme tho

I can get onboard with the mid-tier stealth gen. HP and Regen will keep ACU a little safer on the frontline and the stealth can be nice to help keep flak/hoplites/rhinos safe for some nice kiting. Would also be cool for stealth firebases to spring up if T2 is onboard for silly memes. Would make PD crawl better with their shit PD, and make it easier for fast firebases/hidden TML nonsense in niche scenarios. But mostly its a nice complement to gun. Cybran needs some love ATM and that should help shore up some problems.

I can not get onboard with the gun EMP. That is looking like Chrono all over again. Its a very large AOE zone to have 50% reduced DPS of enemy units. 1 emp lasting 1 second every two seconds from range behind stealth seems horrible to play into. I think the idea is neat, but it would need some serious adjustment. I also think it would be very hard to properly balance without being way OP or completely useless. I would offer counter balance suggestion but I can't think of anything good atm for that without testing.

Could change the cloak upgrade to be cheaper and provide a temporary cloak that works as an activatable ability with cooldown rather than a permanent cloak that is expensive and useless. Fits in with the hit and run tactics theme for the Cybran ACU.

I hate to say it, but I think FTX is on to something. Giving it absolver-like damage buff would help it with its worst problem. Enemy shield bubbles stacking into Cybran. That's a solid idea.

Yeah, the point is to break the brutal hp wall that Cybran can’t keep up with. If people think it isn’t worth the hassle of making the wall then it did its job.

Not to mention you could apply the useless upgrade logic to both Aeon and UEF ACU that just got personal shields that could be taking massive damage from Cyb ACU.

I like all of the ideas. A stealth field for the acu would be quite nice, the stun gun could work nicely too if balanced well, and a shield disruptor attack could also be very nice. I also agree that cybran's cloak is just too expensive and useless and so anything that decreases it's cost to make it viable in some situations would be nice.

FTX is completely correct on this one. If they were going to build shields, it's because they were a good idea, right?? So if you [essentially] take away this option from them, they are worse off, hence, it is not a useless upgrade. Hell, even just the potential of getting the upgrade would be a significant boost by seriously diminishing the expected value of them building any shields before you get the upgrade. So you could expect opponents to build far fewer shields without even having to get the upgrade, and if they do, you can punish them for it by nullifying that investment.

At the very least I think the engineering upgrades should move to the left arm, or a new upgrade could be added to that slot. The upgrades on left arm are very niche.

I am still not sure if buffing cybran ACU is the right way to fix current balance issues, after all it's supposed to be their weak spot, both ACU and t2 land all ins. Yes, after the mantis nerf cybran is not as dominant on land maps during t1 stage but they still have arguably the best t1 tank in most situations (eg. most land based maps) and good t2 units that work great together with medusas and their stun. The whole idea for cybran gameplay is that you get an advantage during t1 stage, keep it during t2 stage where you try to take away map control from your enemy using previously acquired advantages and quick strikes, preferably with stealth field while avoiding an all out com battle in the middle. You also have corsairs so your t2 air transition is very powerful and is something that enemy ACU needs to very much consider if they are planning on being very agressive and pushing down the middle with ACU + units. The truth is that if you don't feed enemy ACU a lot of vet cybran can stand their ground during t2 stage as long as it : Attacks on the sides, got an advantage during t1 as they should, in the middle get a pd + shield to asssit their ACU. Then you switch to t3 and you have the best t3 mobile arty which absolutely annihilates any t2 army.

One risk I see in giving cybran a significantly better rambo ACU is the synergy with corsairs. It can lead to situations where the opponent, to stop the cybran ACU+army, has to use his own ACU. After a bit of ACU on ACU fighting there is allways the thread of cybran going full corsair and snipeing the opponent 6-7k hp com, which ironically might become most obnoxious in cyb vs cyb.

No real idea what would be good stats for a Cybran absolver ACU tbh.

I'm not sure if it's better served as a back or right arm upgrade. If it's on the back it means you remove the stealth + gun + disruptor combo. I feel like having it on the right arm would be alright, gives it more utility as its the least used upgrade arm for Cybran and stealth isn't such a huge advantage that you cannot allow the ACU to keep the combo.

Mainly chose 35 as I don't really see why it should have less range than something like an Aeon ACU with chrono. The gun itself doesn't actually directly harm units so it can't really be abused for more damage. This also allows Cybran to put damage on either Aeon ACU or shields directly near it.

@ftxcommando How can you hate on my idea to change Aeon ACU upgrades but then love this idea?!

At any rate, I find the OP to be interesting, and I agree with adding some mid-level buffs to the Cybran ACU. The ideas presented are not bad, honestly.

What are we going to take away from Cybran to balance out having a strong ACU in mid-game?

We could remove Corsairs.

Or we could give mobile stealth field generators to the other 3 factions.