The participants in this tourney will earn the right to act as substitutes for players that fail to show up for the Official Tournament. Your priority will be based on your placement in the qualifier itself.

This Qualifier will see a couple adjustments in order to expedite games. Mainly, the RO16 will be a BO1 played on Vya-3 Protectorate rather than a BO3. In addition, the final itself will be a BO3 operating the same way as the rest of the tourney rather than a BO5.

Im signing up because fuck it

im signing up to arrive an hour late again

I'm signing up because I lost the last two! 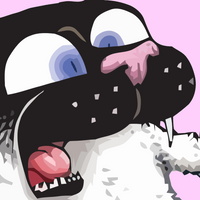 maybe this time i will be selected to participate in !

@keyser @Lu_Xun_17 you both are not on the leaderboard

I think it's racism against french.

You would surrender anyway, so what's the deal?

@speed2 i don't feel like being an accomplished french, if i can't even raise the white flag.

Can we please not have the BO1 ? It takes the fun away.

I do not want an extremely long tournament again and I also want a final that has finalists that aren't sick of playing. The RO16 is the only logical place to trim the fat as it's the most likely area to have stacked games.

The games won't be stacked if your bottom seeds are these two.

Hate to waffle back and forth, but if we don’t hit the 16 player max, the initial round can go back to a BO3.

Are you still in the astro tourney?