This topic has been deleted. Only users with topic management privileges can see it.
last edited by ZLO
1

SORT OF A SUMMARY https://docs.google.com/spreadsheets/d/1DLUHo76tQsQbT2-jzBIJnwnLrzgRo4ExMoUrsHvnl7o/edit?usp=sharing

Continuation of this thread https://forums.faforever.com/viewtopic.php?f=2&t=16272

pretty much 1rst thing i do with anything i get my hands to, is to try to run supcom on it.

aida memory test is on screenshot 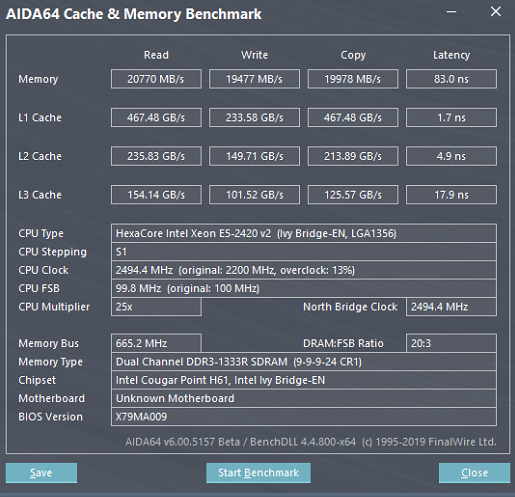 imho.. considering 6 cores with HT and the price i'd say not bad at all
(used nvidia gt 210 gpu, hope that does not matter much)

CPU score in lobby often jumps around alot. From 300 to 340.
That is pretty high CPU score and people might kick you... but in that test replay i only was at -1 and maybe at -2 for very short periods

Edit:
I'd recommend that CPU to anyone who want to make a cheap PC for FAF. It seems to be just not enought for dual gap games witch is perfect!!! (that is joke)
Edit2: i wish someone would test Athlon 200GE or similar CPU and test how much FPS it gets, that CPU is also a really good base for a budged PC

This is a cool thread - perhaps more people can join in and do some standard benchmark test to see how a CPU + RAM configuration works in practice? Especially today a computer to run Supreme Commander decently shouldn't be that expensive.

Edit: I have a super-duper expensive laptop that throttles down. My information wouldn't be too relevant I believe

Depends. I am mostly interested in cheap stuff and think that expensive laptop will probably run game just fine.

I personally would be interested in test of laptops with integrated graphics...

It is hard to test graphics reliably in supcom cause personal settings of range rings display can change performance alot.
I had sometime with i5 8250u ultrabook with UHD 630 graphics.
https://www.youtube.com/watch?v=gW-xw_rTWRI quick tests in replay show that it provides good performance in FA... and simspeed is decent as well.

i have talked to few people in dischord, they have old laptops that do all that they need but only incapable of running FA at decent speed and some have been asking if they could get a cheap PC that would run FA well. Some might prefere to buy new things in shop with warranty and not use risky used market or buy weird refubrished stuff from aliexpress... that is why right now i am mostly interesed in Althon 200GE performance (both sim speed and fps)

i am also don't really know about what GPU is enough for FA... i have some old GPUs that would fall into "below 30$" range so maybe i can test that too...
(i have gt210, gt9600, gt730, gtx760. I have pentium g3240, its integrated GPU is pretty weak and not enought for something like setons... you can play, but it will go down below 10 FPS, but most likely enough for ladder. I think i have used gt 520 for few years... it wa OK but sometimes FPS was pretty low... but now i also know that some FPS problems can happen due to low prioritisation on render thread on CPU... meaning that if you increase FA priority in task manager you can get more FPS on slow CPUs https://www.youtube.com/watch?v=eDlzn9SnUsA&feature=youtu.be&t=100 (i think this video was made with Athlon x3 440 and gtx 760)
it usually does not increase sim speed tho)

•yeah we know about "single core" thing. but need to still remember how it actually works, FA process can use many cores, it is just simulation thread can take only one core
•You need to know that core clock is not the whole story. IPC also matters alot!!!
usually newer CPUs or CPUs with more cache are better even if have lower clock speed.
We also suspect that with fast CPUs latency matters a lot. that is why we make aida64 memory tests
•That xeon was not overclocked, that is just turboboost idk why it sais it is overclocked.
•having more than two cores can actually improve FPS (in real life situation). linked this video https://www.youtube.com/watch?v=eDlzn9SnUsA&feature=youtu.be&t=100 where i have slow CPU and it appars to be busy with background tasks... otherwise idk how to explain that FPS goes from 10 to 40 when i apply high priority to FA process.
•System on E8200 or E8*** or xeon E54** or anything on 775 socket is very old and yea probably can get it for very cheap or even for free, and it will run FA... but probably worse than this xeon (but would be nice to check to be sure)
BUT 6 cores are good so you don't have to worry about windows update, browsers, and mayny other stuff that runs in background... people do lots of stuff while wait for game in lobby. Also as a bonus you can play modern dx12 games. i have tested Watch Dogs 2 and Horison Zero Dawn and they seem to work just fine.
Downlord's client uses quite alot of resources and having extra cores will not hurt.
also E8200 may have less instructions.... even if you want cheapest system you still want to get newer stuff. Even if you have good 775 motherboard on your hands i would still recommend getting something like xeon E5450 just because it will have 4 cores and usually sold for cheaper compared to something like Q6600

Whole idea about getting xeon from aliexpress is only viable cause they make NEW!!! motherboards. Things like chipsets (the crystal itself), CPUs and RAM don't really break that much... at least with time they break much less often than motherboards... not only old motherboards for xeons are problematic, but they also often will be expensive cause they were premium product with OC featureas and lots of other features

Zlo I have got the 200ge spec for a small file server I want to do. When I get around to getting it all ill do a faf test so you can have the stats here 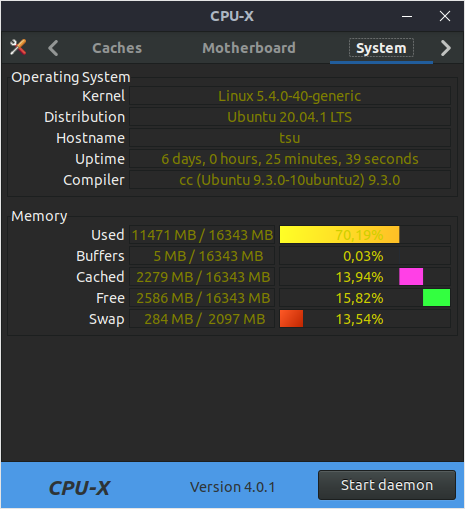 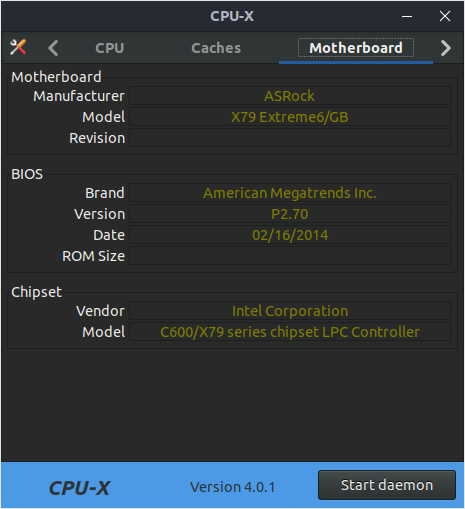 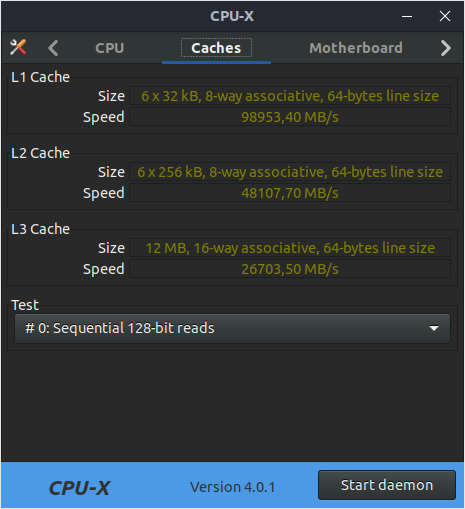 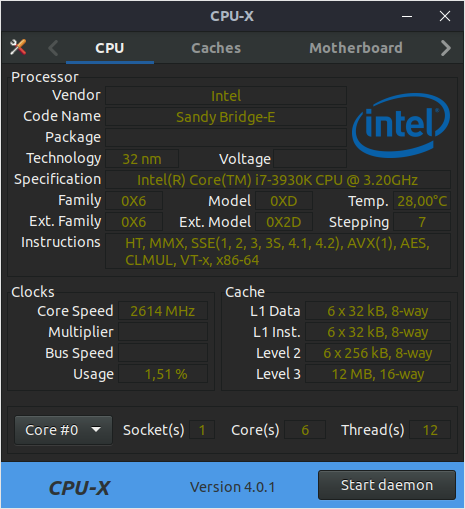 How come yours is themed correctly? Are you running the root or non-root version?

non root. probably because I added a skin to my ubuntu. idk 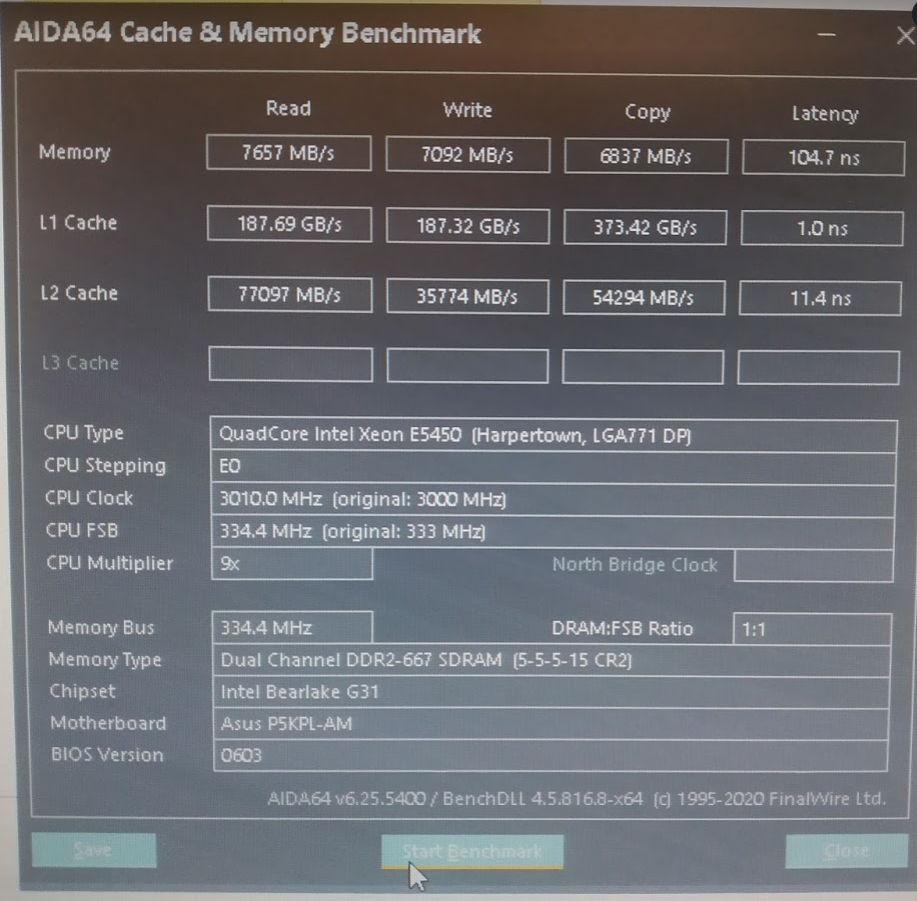 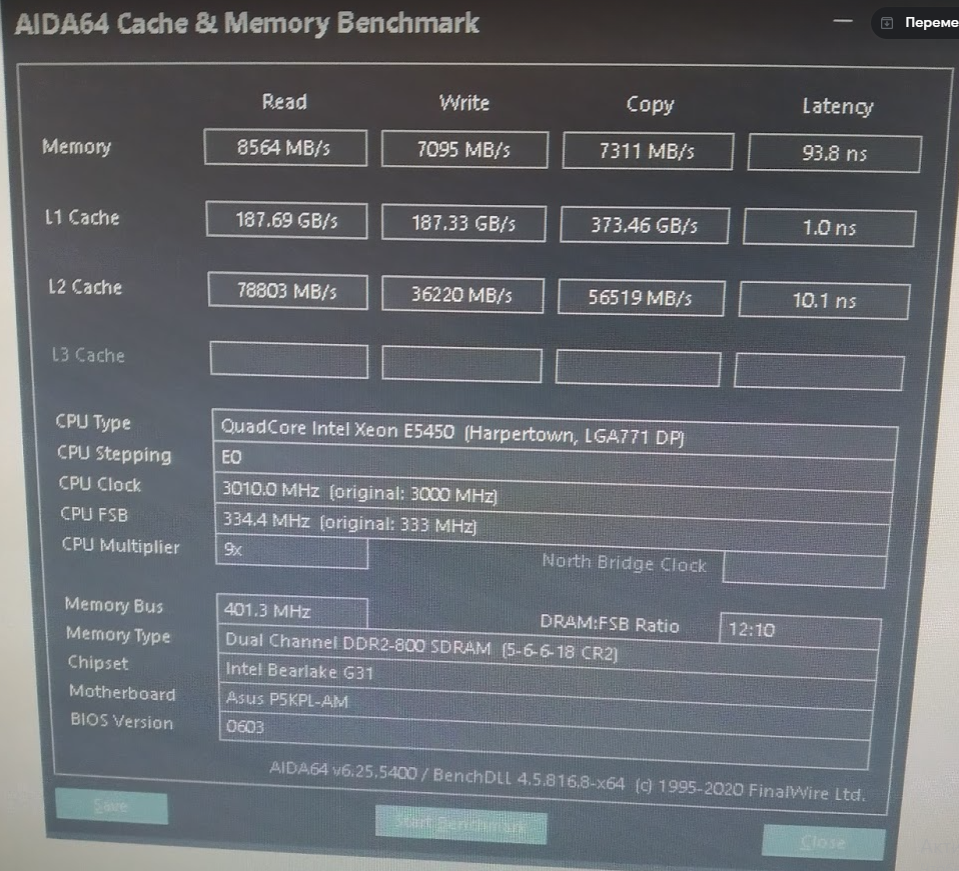 OK finally got my RMA replacement for work laptop so I gave it a spin.
First run on battery with laptop doing some slight internet surfing and getting all the drivers up to date before running the game netted time of 19.04 minutes.
Second run done right after the first one but this time on power supply netted - 21.06
And the third one ended with 21.33 minutes.

The only massive slowdowns were during the last airfight, other than that I don't think I saw the simspeed dip below 0.
Honestly the game is more than playable even though it's a business machine.

I5-8250u
MX150 2gb
8gb dual ddr4 2400
First test with load system 240 points
Second test 171 points
I believe I can hit lower points by unload system and do some preparation, replace thermopaste, undervolt and etc, because my cpu is energy effective and hit max performance for some 30 secs

Playing with medium graphics settings, feels comfortable for me

Didn't test for replay, but remember I got -1 after 55 minutes with 4-6 different bots for rainbow tournament with mods

It doesn't matter that the socket: 775 is older. 2.5 ghz vs a dual core intel running at 3.4ghz can't compare with each other. When it comes to gaming and getting high fps. Also ram makes a big difference too. When it comes to playing supreme commander all that matters is how fast your cpu is running at. There are a tone of motherboards that support 775 and ddr3. Maybe you can't find them because their so good. Running supreme commander in wine emulated on a OS like linux could give you a faster score because the OS needs less cpu to run. But that doesn't mean a state of the art 2.5 ghz cpu is going to beat a overclocked 3.4 ghz cpu in supreme commander. And there's no boost. it's 3.4ghz all the time, unless your running power savings.

It doesn't matter that the socket: 775 is older. 2.5 ghz vs a dual core intel running at 3.4ghz can't compare with each other.

indeed, they can't compare... because you need to take in account IPC improvements, you can't just compare clock speeds.
Thats why it is nice to actually make benchmakrs or real tests.

i don't claim this to be very reliable but here is some benchmarks: https://www.cpubenchmark.net/singleThread.html#server-thread
2420v2 is faster in single thread compared to E5450 at 3.0 GHZ. not by much... but different test can give different results...

edit: i did run twice for E5450 cause i didn't expect results to be this bad 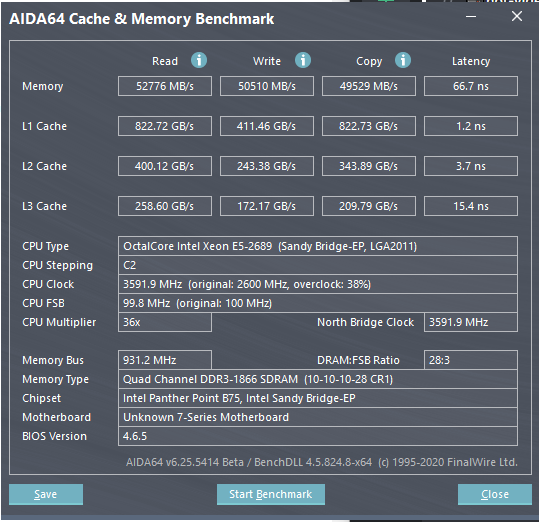 Not so bad considering that CPU cost about 30$ and can run any modern game
https://aliexpress.ru/item/33044986745.html usually it clocks abour 3.3 on all cores, can do more... up to 3.6 on one core
it will be about 160$ for CPU+mobo+ 4x4 memory
(there is no overclock, there is only turboboost and memory speed is set to 1866 without changing anything else, not everyone might get that good of a result on memory if you buy cheapest RAM)

I'd love to test out some of my CPUs. Could you reupload the replay file? The link in the original post gives a 404 error

http://content.faforever.com/faf/vault/replay_vault/replay.php?id=8097180
here is the replay file
forum does not allow for attachments with random file extentions 8097180-rename-to-dot-fafreplay.log gonna upload it like that too just in case