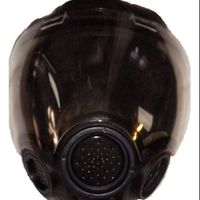 Hello,
I have been playing FAF for years. I am 12-1300 rated player with 400 games. I notice very clearly that t3 artillery is extremely powerful way to win in the most common maps. Just about every online game I have played in the last few weeks, the team who won, won only because they built t3 Artillery sooner.

There are many tactics to win in FAF, but I notice T3 artillery is predominant. Every single game it is T3 artillery. Whoever gets it first, typically wins, irrespective of factions. Nukes are pretty neutered. Many players build SMD passively and it is cheap to build anti nuke missiles.

But Arty reliably wins games and it is undeniably overpowered. I know, because I myself use arty in just about every game and it is responsible for many of my wins. There was a time where I tried all sorts of winning tactics before I started just defaulting to T3 Artillery.

I would appreciate if FAF developers revisit T3 artillery and broad spectrum nerf it across all factions so we can see more interesting and rich tactics being displayed in-game. FAF has so many interesting playstyles, it is a shame that T3 arty dominates so easily. Nobody ever needs to even get a scathis or a mavor, or rapid fire, because T3 arty will hamstring them before they finish it.

Don't play maps like Astro then. It's really not a problem with the balance, just with the maps being designed in a way that most other means of attack aren't viable.

Looking at your replays, there's two things you can do:

And on a personal note: I typically never see any tech 3 / 4 artillery at all except on the maps that are (unintentionally) designed for that type of play.

Of course, if you get more into this, you'll find people that can easily survive a barrage of 6-8 arties or multiple Mavors, so going by that logic I guess they are actually too weak?

The advice to play different maps is definitely valid, give the matchmaker a go as well maybe.

If you put 70k mass into t3 arty and 70k mass in gc or chickens scares you then you misplayed and built the arty too early.

FAF balance isn’t built on astro/dual gap. There is a huge period where t3, followed by t3+t4, followed by t4+sacus are all extremely powerful and the game does not need to go to arty. To the point that you don’t need to see arty nor other game enders until 40-50 minutes into the game even in 4v4s like sentons.

Maps intentionally gimp the ability of players to use these tools, then those that play the maps want the game balance shifted so that these tools are viable. These players don’t realize it’s a lot easier to make astro^2 or dual gap^2 to revert back to that old gimped stage than it is to rebalance everything. And if these first revisions (hey, dual gap is literally a more turtle revision of the original gap) maps got popular due to how they gimp gameplay, there is no reason to expect these new maps to not get popular just the same.

As others said, the problem you have is with maps not balance.

I think everything has been explained here, I am locking this thread.