This topic has been deleted. Only users with topic management privileges can see it.
last edited by
1
T
Treos

One day the children will ask you, “is it true that you played FAF back when most of the players were un-upgraded humans?” You’ll lean back in your rocking chair and say “Why yes indeed. Let me tell you a story…” What are your favorite FAF moments and anecdotes?

I’ll go first. It was a game cast by Gyle a few years ago, I believe a 4v4. Team North was down one player already and is generally behind. One guy in Team South sees an enemy ACU in a transport fly close to his own ACU. Clearly a quick thinker, he decides to self-destruct and thereby killing the other ACU, so as to increase the advantage from 4v3 players to 3v2 players.

Except, it turns out it was not an opponent ACU but his teammate with a similar color, and now instead of 4v3, it’s 2v3

Gyle actually got frustrated because he missed what happened and couldn’t make sense of how Team South lost two ACUs out of the blue without any sign of enemy action. Priceless…

I think it was on pyramid where brnk was south team aeon and they were getting pounded. Brnk kept making czars over and over and I kept thinking "it's not working do something else". Brnk and team muscled through and won the match. One of his team mates turned to t1 spam and they called him survival ai

I remember a game, pretty sure from a high-level tournament, where ZLO spammed mech marines. And I don't mean he made a few more LABs than people normally make. He made only mech marines for several minutes and he won.

I don't remember enough details to pull a replay ID or VoD, but I'm pretty sure it was featured in a Petric video. Which leads me to an even better anecdote:

Once upon a time Petric made highlight videos. And they were awesome. I can't seem to find them anymore, though.

@Permutation It may have happened more than once, but I recall @Blackheart did that on Niflheim, game #11793936 vs. @hybrid_

Scratch what I wrote before, my favorite FAF game was when I beat JaggedAppliance 1v1 while he was livestreaming. That was awesome.

Second place is when I beat the legendary Unconquerable in the first Supcom money tournament back in 2007.

Honorary mention was my favorite game was a 5v5 when I was air player as UEF. Not only was I ahead on air, but the other air player tried a failed T2 snipe so I had strats before his ASF and not only crippled him, but two of his mates, too. Easy win. I had just made the switch from Aeon to UEF, too, and the UEF strat bomber is so much better that it's unreal.

An anecdote on my first encounter with toxic players:

I was a complete noobie and not accustomed to rude players when I played my fourth or so ladder game. It was on Seraphim Glaciers (4 islands). I managed to take both of the empty islands and felt pretty good. Then my opponent did a T2 comdrop on my main island, to my absolute surprise. Befuddled, I spammed T1 arty and walked my ACU into his to deal with his T2 PD creep. It ended with both ACUs blowing up in a draw.

Then my opponent started yelling at me and called me an idiot. Being new to FAF, was again very confused: had I violated some kind of taboo? Was this like the old Total Annihilation where it was frowned upon to kill an ACU with your ACU?

Later I realized: no, I hadn’t done anything wrong. It’s just that my opponent was Gmoney. He apparently frequently tried cheesy strategies against noobs, expecting to win easily, and then got very angry if a noob managed to counter him

To all noobs hesitating to try ladder: most other players were friendly and some even gave me tips so just try it.

My favorite anecdote was during Rainbow Cup III, where Sladow instantly ctrl-k'd himself to save Swkoll, his captain, from a ghetto gunship which would have surely killed Swkoll. Jagged was at a loss of words just trying to comprehend what happened. It was amazing because there was no hesitation, just an instant snap decision.

Runner-up anecdote is Nexus dying to easy AI, conveniently it's in the same video.

Dude those two were funny as f

Another anecdote, under the category self-awareness:

Setons 4v4, with everyone around 1000, except our mid who is 700. Barely seven minutes in, his ACU gets killed. I inherit his base, but my single-core brain gets overwhelmed trying to handle both my naval battle and the land onslaught in the middle. They break through and the game ends at like minute 20.

Says the 700-rated guy without a hint of irony: “damn why do I always end up in the shitty team” 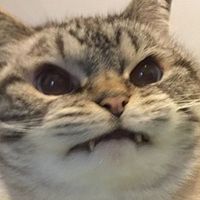 -- Listen, son! That was an usual day, one classic 1v1 equilibrium tournament. As always, I signed up, came to participate to try to crash someone's face with my new big brain strategies. I was a noob, only 1100 ladder. So, first opponents were quite easy until faced one strong and expirienced player. The fight was difficult, very difficult. I were shedding sweat a lot, my hands were shaking so hard, this was a fight to the death...
-- And? What happened nextly, grandpa?!
-- I lost in this tourney, but anyway got very cool and precious prize!
*I'm taking a lone little box from the shelf behind my couch and giving it to the small hands. Little boy opens it and see... *