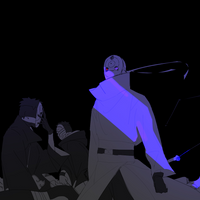 I have a old athlon 2 x3 460 3.4Ghz and i get 330 cpu rating which is pretty bad, keeps crawling into late game, can't even play 4vs4 setons properly. So should i get Ryzen or keep searching for better one?

Sim speed wise good enough. GPU might be lacking in really late stages of the game unless you drop down some settings(mainly where there is hundreds of units on screen/rings)

Also you might want to get some reasonable 3200mhz ram kits.
2600 user here btw. Never the slowest one so far on setons.

@Khada_Jhin Thanks, will look into it.

If you are patient you can wait for the 4 core zen 3 cpus to launch but they haven't even been announced yet. There might be a chance they will never get released. But ryzen 3000 4 or 6 cores are still an amazing choice if you are on a low budget and they are actually in stock.

What GPU you have now? why you want to get 3200G? and not something without iGPU

In this case imo there's no reason to get apu. Look maybe into getting older 6 core AMD one. Like the one I have 2600, or maybe even 1600AF. Slightly slower single core but it will do better in longer term due to more cores etc.

Get the 3400G instead, it has 40% faster iGPU. Most important thing is single core CPU speed, dediacted GPU can be added later if necessary.

There is no reason to do that. The G chips are still zen+ not zen2. They are gonna be slightly faster due to the higher single core frequency but have 2 cores less. Having just slightly better sim speed(2-4 points in CPU benchamark) is not worth shafting your other PC experience. Not to say buying 4c CPU when you can just fine get 6c one that ain't worse is a bad move in my book.

The GPU itself in apu is also nothing to praise, it's gonna be 10-15(20% percent in outliers) faster than the current gtx 1030 that he owns.
Really, he should get 6core amd CPU and then later down the road get something like 1650 or amd RDNA2 equivalent in the future. That is the best possible path he can take IMO.

An athlon 2 x3 460 is ancient and gets absolutely destroyed by a 3400G (over 3 times faster in single core, even faster in multicore).

Edit:
Ok yes if he has a 1030 he can buy a similar CPU without iGPU or the 3200G, but having an iGPU can be quite usefull sometimes.

tldr: don't but APU if you already have GPU

1rst i suggest you to find out if you have gddr4 or gddr5 version of 1030 (there is noticable difference in performance) https://www.youtube.com/watch?v=ZOfYSaxKtUU
Tho that is not that big of a deal if that 1030 is anought for you. ryzen 3200g is very similar to 1030.... https://www.youtube.com/watch?v=UE4SWQ2EXZM it is kinda like buying 1300X and another 1030... so i would not recommend you to buy an APU.
You can get something like ryzen 3100 or 3300x or i3 10100 or something along those lines... Or even ryzen 1400 would be fine i think... depending on how much performance do you want. i myself prefere cpus with more cores so i also suggest to get something with at least 6 cores, but that is depending on your budget.
I think 1030 should be enought for supcom. If you have issues with FPS you can set lower graphics and remove some range rings.

also if you have slow CPU you get more FPS issues in Supcom, so your FPS will get better just from getting better CPU

@ZLO GPU is doing just fine, i can up the setting pretty high and till mid to late game i can go with no problem. But as soon as i get over 60ish ASF or cap all the mexes it starts to crawl... So i think it s solely up to cpu not being fast enough. Truth be told i had no idea 3200 comes with a gpu... so i will look into your suggestions. Thank you very much, always a pleasure seeing a positive and active community!

Funny thing, even with Ryzens you will not get a kickass score in lobby CPU benchmark, but whenever I played with a Ryzen owner they had the fastest sim speed (well, the fastest POSSIBLE speed - cause the slowest user slows everyone down).

Emm, 3200G is an APU, it even uses older zen+ cores. So honestly I think that you just misremember and actually got 3300x for your nephew as that is the 4c/8t SKU and is without gpu.

Use this site to compare CPUs

You want a CPU with a high thread score, everything else is irrelevant. SupCom is not configured for multiple cores, due to being released a long time ago. Most CPUs today, rely on sharing the work across the whole CPU. When SupCom was released 4 cores were amazing. Some CPUs now have 56. That means that SupCom would only be able to use 1/56 of the chip.

Every single CPU has more than 2 cores. Have to go back a long way to find a CPU with only one core. I don't know how much "RAM speed" would affect game speed. I'm going to assume that even a slower speed RAM wouldnt be the bottleneck. FAF is limited to 4GB of RAM, which means even slower RAM is never going to be copying large amounts of data in/out.... I might be wrong.

I did think about trying to share FAF across more cores, using VMware ESXi to share the CPU burden across multiple cores. Linus did a project called somthing like "4 gamers, 1 CPU" so it is possible to game on it. To a machine running on VMware, it would see multiple cores but VMware would do the sharing.

@YouTheNoob Ram is in fact the limiting factor in any program that aims to be efficient. See also:

Which is a course about program optimization. There are two whole lectures dedicated to how RAM (and the CPU cache) works and how you can 'feed the beast' the most efficiently.

And about your suggestion on the thread count / processor usage: The game is threaded (render thread, sim thread, audio thread, etc) - but the sim thread (the limiting factor) is not subdivided into various threads. And that is why we have sim drops while 'leaving' all that computing power unused.

And to remain on-topic: a CPU with a large cache that can work with fast memory is beneficial - more beneficial than having a 5ghz CPU.