Should we include the 2v2 and 4v4 TMM rank for tournaments?

The question behind this post is simple:
Should the 2v2 / 4v4 TMM-rank be used?

Since a couple of months have passed, many players now have 4 different rankings and some tournaments (e.g. the Knights&Kings-tourney) are using the highest one of them already.
I assume it's not a new information that those ranks are highly inflated simply due to the fact, that only a bunch of the pros actually play TMM (I think Blodir alrdy discussed that in a different post), allowing the other players to basically push themselves beyond any limits. Since the problem is known, I won't adress it here.

The main thing is that either a new rule gets implemented as in "you are (not) allowed to use those ranks" (which is obvsly not the right solution for the problem) or it's up to the TD to use it. But then I can see that every single person where the TMM rank is higher than the global / ladder-rank, just drops down and won't touch it again since it's just a huge disadvantage for every tourney.
As long as this post gets the attention of the TDs, I'm basically fine alrdy since then they know about the problem. Otherwise it could be a topic to be discussed, if and how it could be solved.

each rating will override on specific tournament requirement.

Get minimum amount of games necessary, then just drop down below your global rank or even lower.
Like I see literally no reason not to do that and that's the thing which is fucked up - ofc players can report, but if your t2 ACU drop at min 17 doesn't work, then it was simply a bad choice instead of throwing on purpose obviously. You also won't play games anymore in TMM once you hit the requirement, otherwise repeat the step above.

e.g. Jagged is 1800 in 4v4, I am nearly 2300. If we include global ranks as well, I'd be the same category as Yudi, farms and above Jagged. I think we all know that this is complete BS and basically forces me to derank in order to have balanced games.
Same for draft-system, knights&kings is fine since kings don't really play themselves, but the fact that I'm ranked that high is just ridiculous.

Main point is: Besides the requirement (which vary as well depending on the TD) there is literally zero reason to be/stay high ranked and not drop down 34367 points immediately and just never touch the queue again

Remember when Sladow snagged tagada in the 2v2 tourney which utilised this very system, then went on to roll every other team in it. Or is this too soon?

ftxcommando said in Should we include the 2v2 and 4v4 TMM rank for tournaments?:

DONT KNOW HOW MANY TIMES I HAVE TO SAY THIS, SIR FTX, but i dont recall (seriously) saying im 1800 in 2v2, always thought 2000-2100 was a more accurate rating. besides, it was the combination of including TMM ratings and the rule where >2200 = 2200 that i had an issue with. even now that my global is 2200 its kinda balls to be put in the same category as players 1-2 tiers above me

sladows situation with tmm rating is even worse though and no one can disagree with me when i say that the TMM rating leaderboards are a mess. it would still be nice if TDs force players to play a few 2v2/4v4 matchmaking if u wish to consider these ratings in tournaments 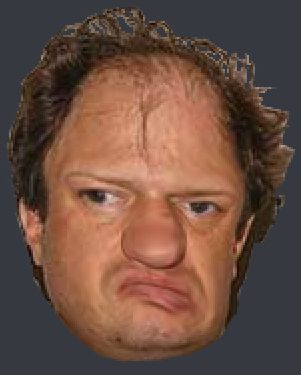 Ye, seems like at least I'm not the only one having a problem with TMM-ratings so I assume I didn't miss a point there. Gonna figure out how to totally play serious games from now on to definitely keep my rank at 2220 where I totally belong :imfine:

I think a tourney only elo system could help solve this. I'm also curious what rating some people would have when only including super tryhard games.

not rlly working that well due to one question:
What should be the amount of players?

1v1 =!= 6v6
Finding the sweetspot inbetween that ain't easy so I don't think that's a solution

I disagree with the premise that global rating is any better of a proxy for true skill than TMM rating. Any format where the player is able to influence the circumstances of the games he is rated on is prone to have outliers.

In TMM you can, well, team up to achieve a higher rating. Team up with some lower-rated friends and the effect is increased.

In global you have even more influence on customizing the set of games you are rated on. Be a one-trick pony and only play Pass of valhallah. Or farm 800 avg rating lobbies to get your 2700 rating. Both very real examples of inflated rating on global.

It's more that the top 20ish players stopped playing tmm and went into map gen custom games so the point of contention is that Sladow is saying he would be 200-300 rated lower if these ppl migrated over to tmm again.

"In TMM you can, well, team up to achieve a higher rating. Team up with some lower-rated friends and the effect is increased."

You decide if you join a balanced game or not. If you don't wanna play, you just leave the lobby or kick the players which are insanely overranked (Which is the reason why most of them are either on my foe-list or get kicked). Aka you chose whether you wanna get rank or not, on TMM? No choice left.

The players which have a way too high global rank don't even participate in a tourney, feel free to name me a couple of them. That basically makes it irrelevant since 99,X% of the tourney players are "casual" players and none of the type "let's stack a game for more points. Stonks."

=> Being overranked (global) is a decision you have a huge impact on. On TMM you can only throw a game on purpose but nothing more

I'm temtped now to host a tournament where I just put people in a rating bracket. Wonder how much worse that would be objectively then going via rating, besides everyone hating me ofc xD.

Just use the lists Farms and Yudi made kappa

@thewheelie said in Should we include the 2v2 and 4v4 TMM rank for tournaments?: