This topic has been deleted. Only users with topic management privileges can see it.
last edited by Caliber
0

Has anybody thought about changing the way the chicken walks?

I know that the brick had a minor change to its movement and i was thinking that no other unit deserves an update more so than the infamous seraphim experimental as its walking animation has earned itself the nickname chicken.

Seeing as it was so clearly rushed out the factory so to speak maybe a remodelling of sorts to change its pecil like legs would be better.

Or shall it forever be nown as the chicken.

I made a mod just for laughs that made it into the hover chicken which looked quite good.

Its current animation is half the reason it’s any good as a t4 since it turns on a dime, if the animation is touched at all it needs to keep that aspect of it

the animation has no effect on turning rate 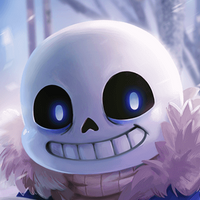 @predator555 Here is the info you want:

I am a sera player for the most part and love the chicken as is personally. Not sure if the animation effects turning but to me I would be worried that changing it would affect the engrained meta use of the unit. Its frailty is part of what makes it so endearing to me lol.

On a side note, the hover chicken does look cool but I am curious does it now hover over water rather than being submersible? Just imagining 3 chickens hovering over the ocean racing out to take on a naval force....that's about the only way I can imagine ever being good at navy....with hover chickens lol