Legend of the Stars 2021 Results

A huge round of applause for the returning champion to take a second-in-a-row title, Nexus! It was a lengthy and brutal set of battles across the top 16 players for 2021, but the reigning champ came out on top. A special note to Tex for managing to knockout Petric who has been a 3-time-champion of the Legend of the Stars and his first time in the top 4 - way to go, bud! Let us not forget the returning championship round fellow from Poland Tagada for demonstrating his dominance once again leading to 2nd place. And last but not least, TURBO2 for making his debut in the top 4 of the Legend of Stars, hoping to see him again next year.

The prizes are as follows:

First and foremost, I wanted to send out a special thanks to everyone who helped make this event possible. Setting up and running this event is a lot of work between the FAF live casting, graphics, news, tournament directing, donors of prizes, the development team, and more.

And last but not least, all the players in the event: 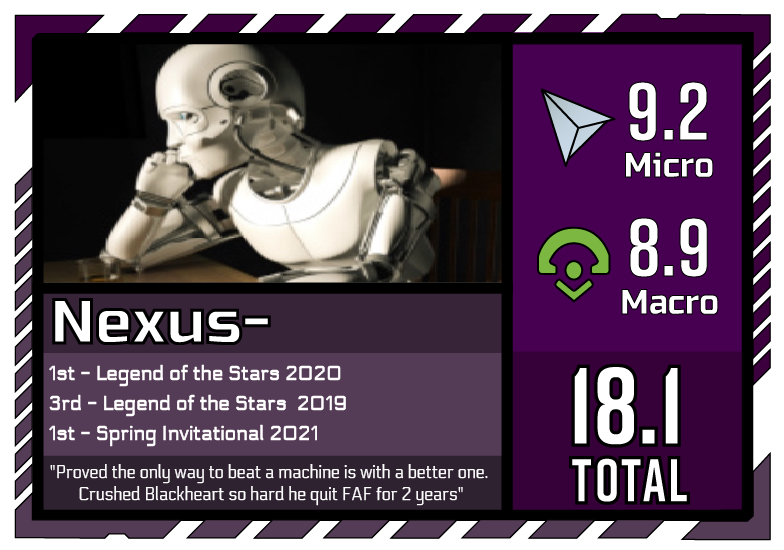 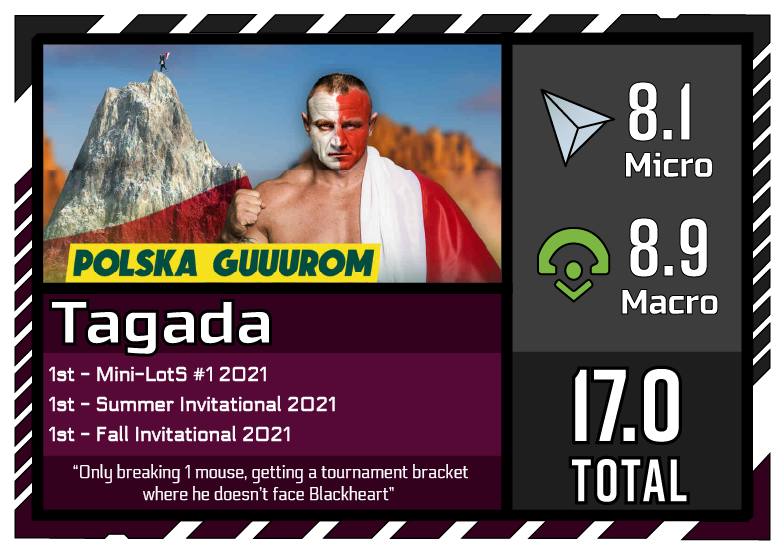 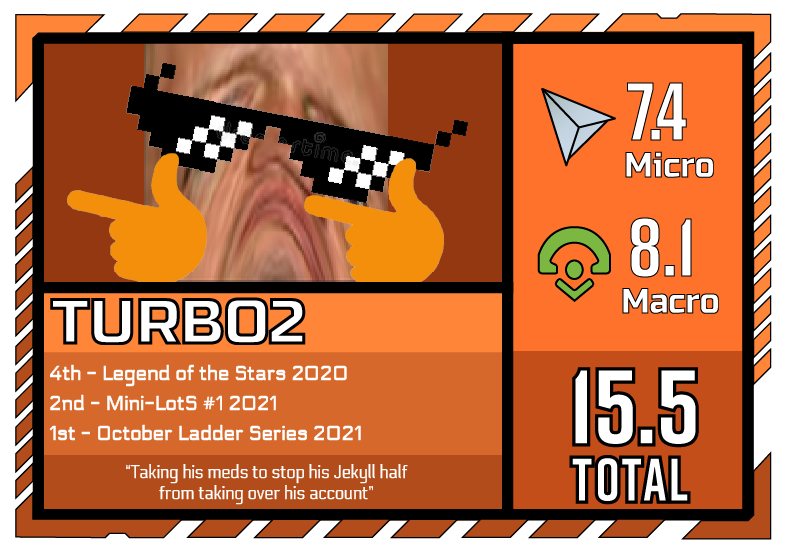 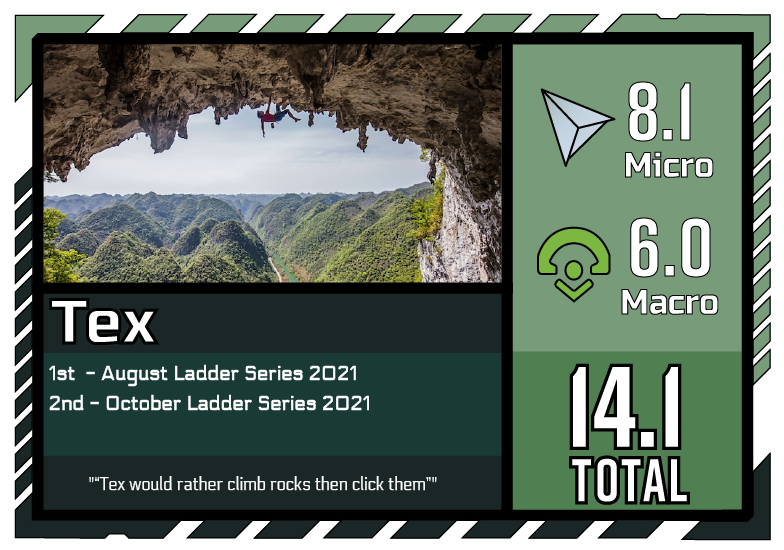 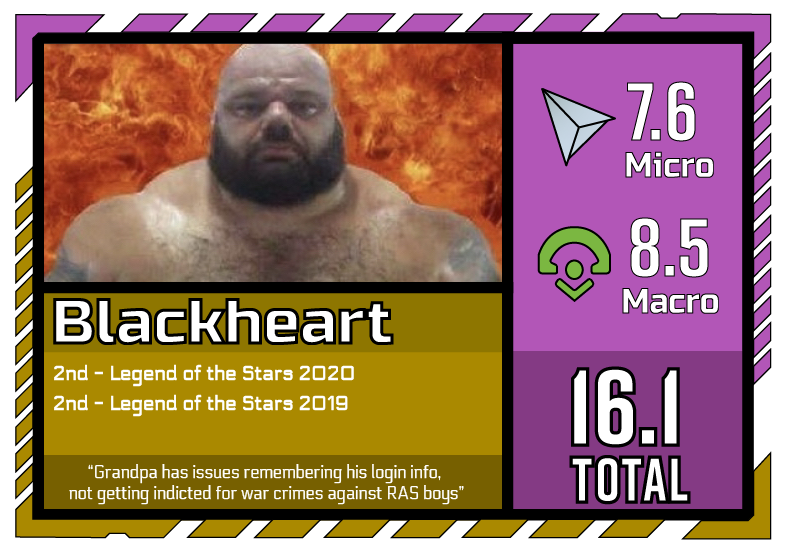 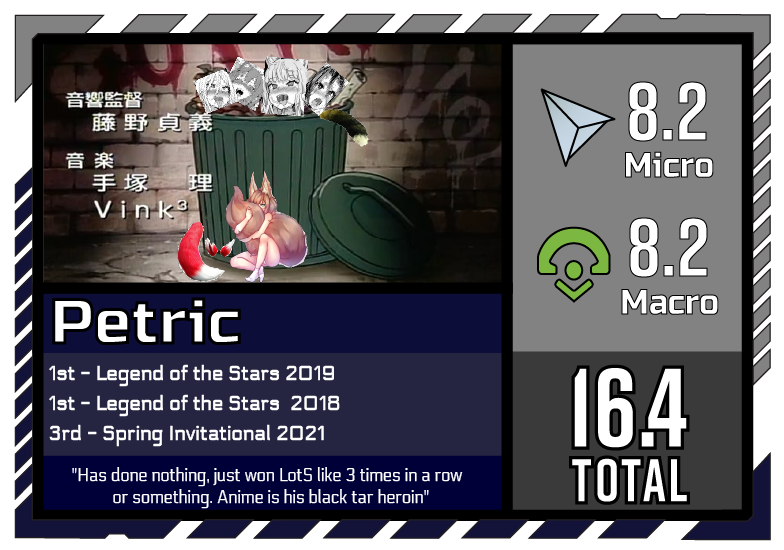 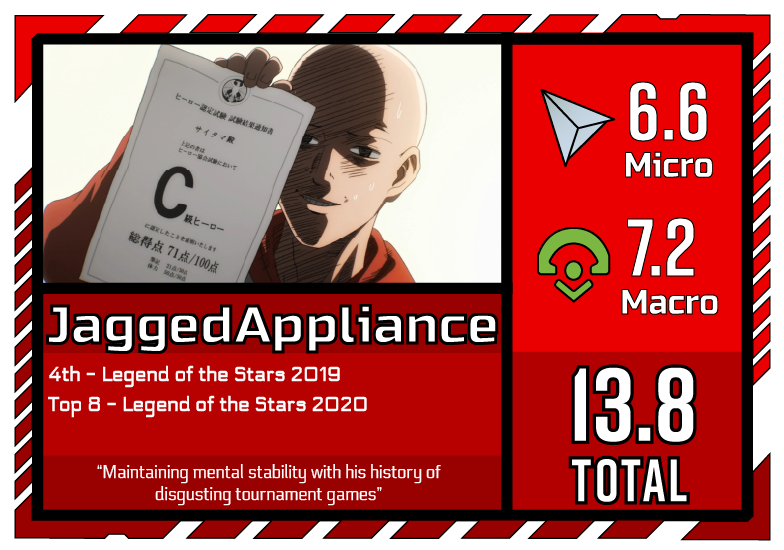 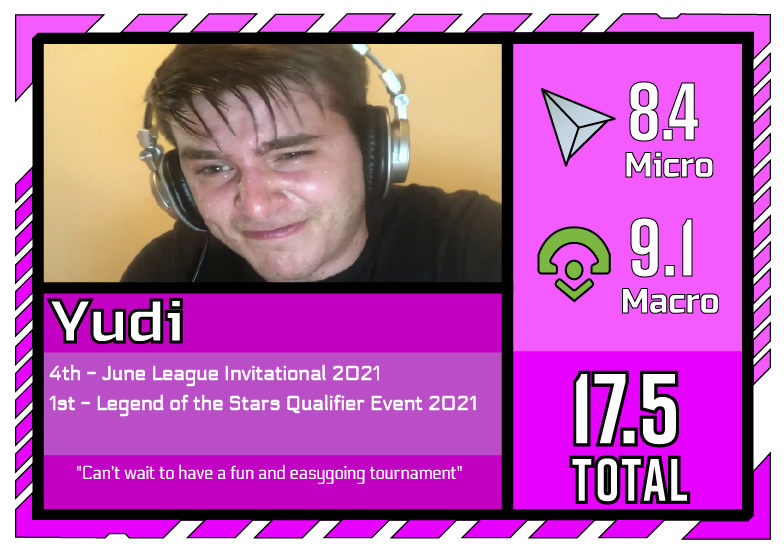 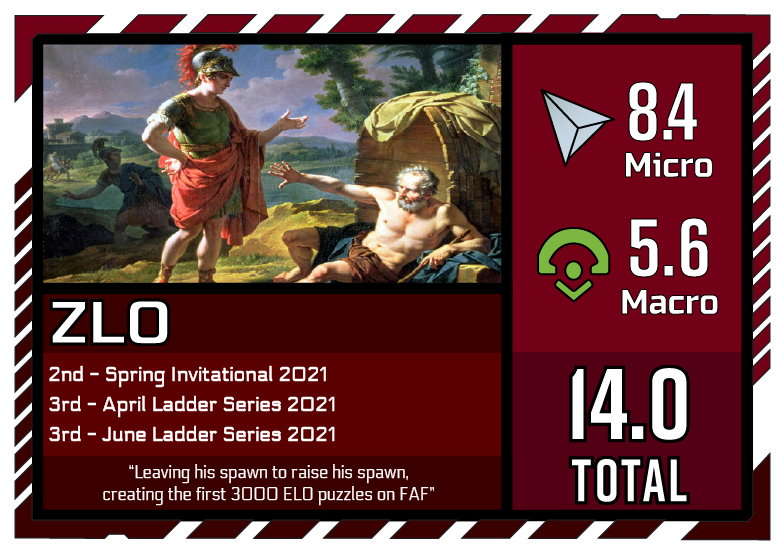 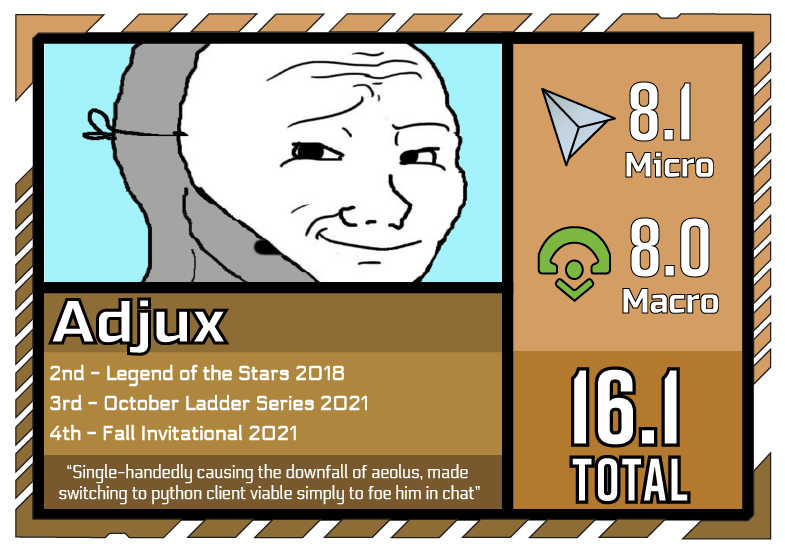 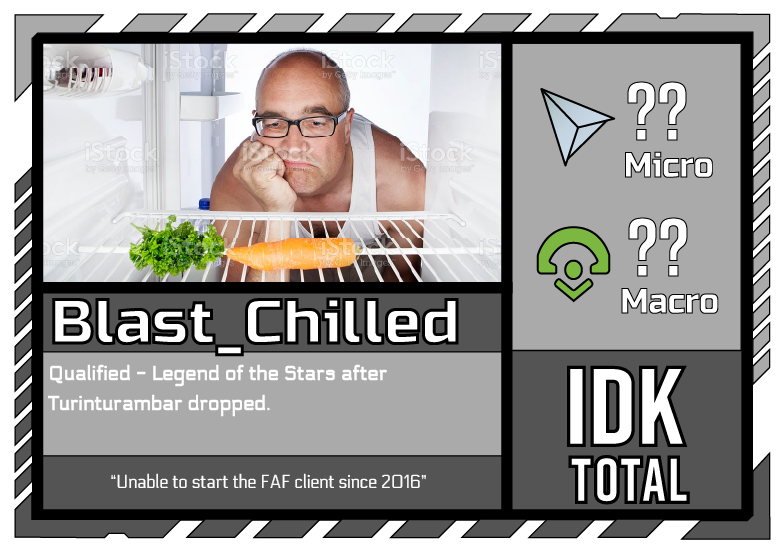 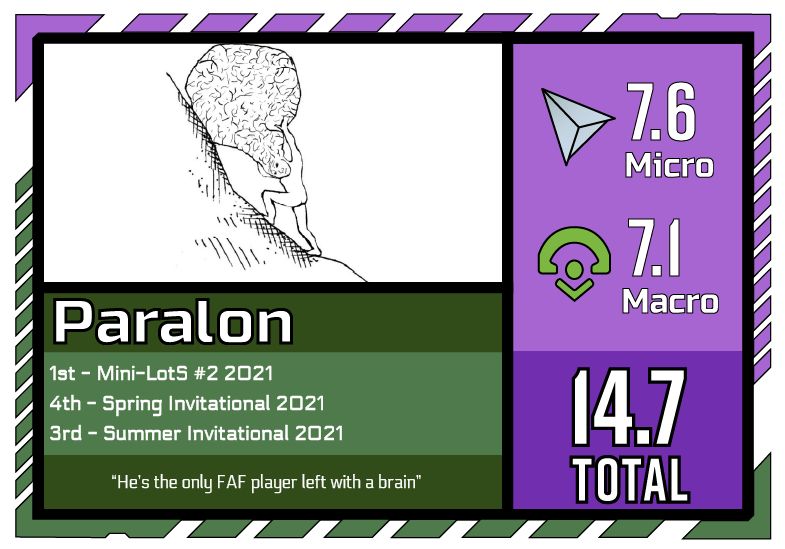 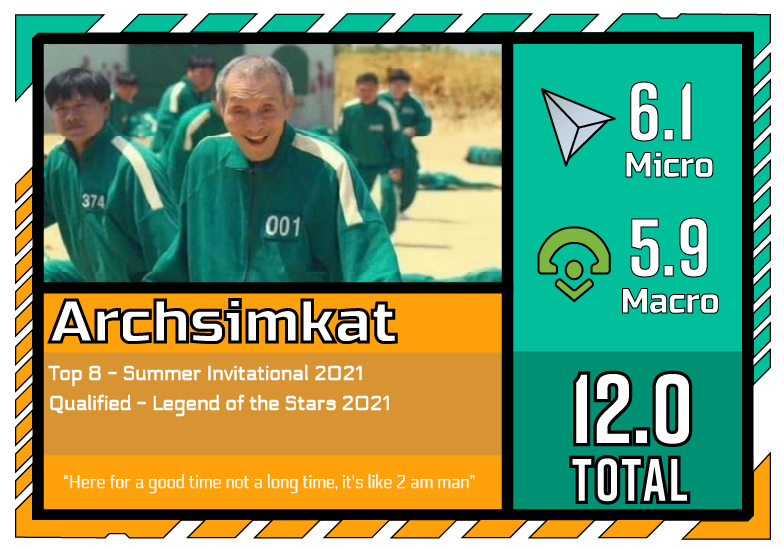 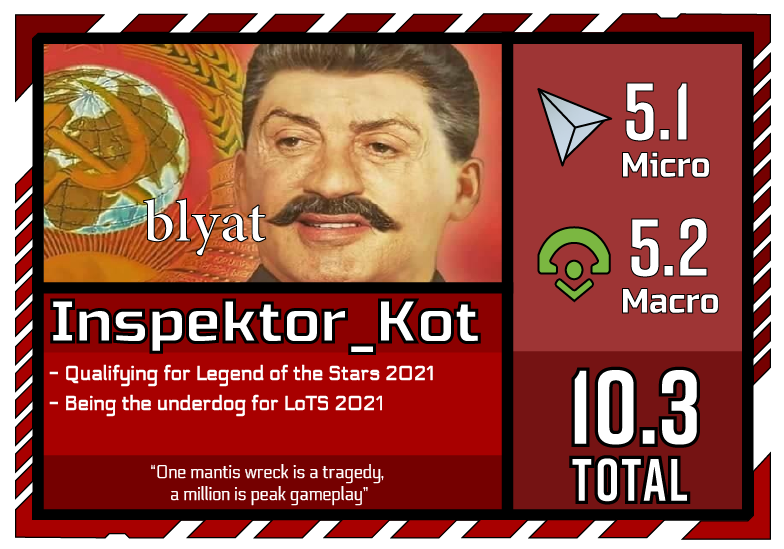 Zlo is there twice and inspektor kot is missing xD

Is it possible to see the replays IDs of those matches somewhere without searching manually in the launcher after their names?

Sensational effort everyone... the best tournament yet!!

Firstly well-played Nexus to take the win! Straight out solid gameplay. Tagada this tournie will be remembered for those rocks that could have swayed the course of history...but it was not to be. Great to see Turbo2 in the winner's circle and Tex with the surprise upsets adding excitement to the event.

Best overall casting coverage of the Tournament games to date I have seen so thank you Morax and the celebrity list of casters, the event wouldn't have been the same without you. Great on-the-day audience and I'm sure the videos are going to rack up the views.

Player cards and graphics, pro-effort making for a polished event and entertaining the fans. I have heard nothing but great feedback.

Thank you also to everyone working behind the scenes to make this large scale tournie possible...map builders, video editors, coders, coordinators, moderators, etc.

Until next year GLHF and thanks for keeping the FAF community strong & growing!