This topic has been deleted. Only users with topic management privileges can see it.
last edited by
1
T
Tagada
Balance Team

Maybe aeon land units should have a "sacrifice" ability where they die but leave behind 81% of their mass.

That would be a super cool/useful ability, say if you over made 100 T1 tanks and still have them in the late game you could just turn them into something much more usable and be more efficient than ctrl k and hoovering them back up. 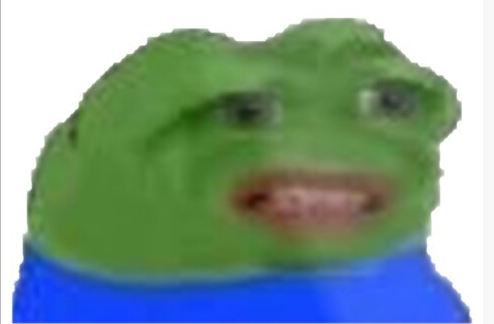 lol just think, if you tryna rush a com upgrade whether it be gun or T2 for some extra health you could just throw some spare tanks you have stood around into your com job done, the ability to insta build anything at the sacrifice of your army.

Why is everyone trying to fully redesign it now?

Sacrifice is just inconsistent in efficiency (and unbalanceable due to how its efficiency is calculated), maybe we could try fixing that first before we throw it out completely? OP (and I in the other thread) have exxplained how that could be done with fixed conversion rates for mass-energy-convertion.

Because sacrifice in general doesn't make sense with how mass scales. The only situation where you might have a spike in mass income which can lead to overproduction of bp and in turn a reason to sacrifice is going to be when a map has absurdly massive mass reclaim but nearly no mexes and the match goes super long. I struggle to think of situations where this happens since even Ditch 1v1 still has a solid mex basis for you to continue to use your engies.

Otherwise what situations exist? You have a gc 30 seconds from completing with current bp. It says it is 90% done. You have 30 t1 engies and 3 t3 engies. What do you sacrifice and how much to beat the ml 10 seconds away? No one is going to do the calculations, they'll just emergency hit the button and hope it works because if they don't they lose. If the ml was 30 seconds away they won't hit the button. Why would they ruin their BP for slightly faster gc when they could use it to make the next gc faster or reclaim the upcoming battle?

Like literally the most practical use of sacrifice I have ever seen was Pepsi accidentally making 5 mex before hydro in a tournament and sacrificing his first 2 engies to build his hydro as he e stalled. He was still absurdly behind in the game because of it so it isn't anything that will ever be practical, but that's like the only time I've thought the mechanic added anything to the game. Maybe it gets buffed into the sky to make some tradeoff actually exist, I dunno.

How many people remember to use sacrifice to finish a mex when a bomber is coming in and your engie is dead anyway? Probably 1 in 10,000. The one time it would actually be useful

Also I was doing some fun sandboxing because I wanted to be sure 5 RAS sacus to tele gc was accurate and not something my brain invented, and I realized that sacrifice doesn’t even have some check for whether the unit you’re sacrificing into is complete. An extreme for this is that you could waste like 15 SACUs into a gc for no reason other than forgetting to cancel the sac orders even when the gc is done.

But the big thing is that you could spend 6 SACUs by accident in building a gc because you weren’t sure of the exact amount you needed to build the gc in your base.

There’s also the fact sacrifice can’t count upgrades so using default sacus that got upgrades is actually an absurd waste of resources but I don’t know how big of a deal that is in practical situations. Never seen that be a problem.

@ftxcommando oh my god I remember that now. And sometimes they have a long "sacrificing" phase and can't cancel or something. Just awful.

@Deribus That is actually pretty nifty!