This topic has been deleted. Only users with topic management privileges can see it.
last edited by
1
Y
YouTheNoob

I recently moved from the UK to Australia. Since I've been here Downunder I've become acutely aware of minor networking issues that have been ruining my games. I already work in software development and networking, and am now wondering whether it is worth my time (perhaps a day to two) to write some software to test/record the network performance.

Unfortunately, I only know C# and a little python, so I can't contribute to the FAF client. I was looking at writing it in .Net Core so it should run on Linux and windows.

If you write something in C# we won't be able to put it into the official client / ui. But that shouldn't stop you.
We can still tell people in tech support to run your app and post the results. Additional diagnosis tools can be helpful, if the output is readable by people who are not experts on this..
We could also distribute it along with the client, so people have it on disk.

I recall answering on this post this morning, but maybe I was dreaming

@Crotalus has been looking into the in-game diagnostic tools with regard to networking. You can find more information here:

No we lost a few message on a forced server restart.

@youthenoob said in Is it worth me writing a program to check the network?:

I already work in software development and networking, and am now wondering whether it is worth my time (perhaps a day to two) to write some software to test/record the network performance.

It's always nice to have more data on network performance for investigation.

You can do some latency tests, although I usually just point people to ping.canbeuseful.com for running a latency test during the game, I think weak WiFi links aren't the issue in 99.9% of games, most people are smart enough to think of that themselves.

That would be quite interesting, you could add information to your tool that tells the user what games they will be able to run (2v2, 4v4, 5v5, 6v6, ...). Bandwidth scales rather linearly with peer count, up / down bandwidth is symmetrical.

If you can monitor / obtain info about other system traffic that might be interesting to discover background load, like steam updates.

That would also be quite interesting.

A lot of data is also available from the ice adapter debug window, which is currently not visible due to the client not having a JRE with JavaFX.
The ICE adapter already measures latency to each peer.
It can also tell you which candidate pair it chose for each peer (host, prflx, srflx, relay), from which you can infer information about network and NAT architecture.

The best option would probably to add some of those measurements to the ice adapter itself, as it has already gotten access to the traffic as well as quite a bit of other debugging information. You can e.g. just start counting game traffic here: https://github.com/FAForever/java-ice-adapter/blob/master/ice-adapter/src/main/java/com/faforever/iceadapter/ice/PeerIceModule.java#L390

Not sure if that's an option for you though, language-wise as well as taking into account you want to access system traffic info and want to perform measurements to local gateway.

So my takeaway from this:

Thanks for the help guys. I'm semi-tempted to learn Java just to help with FAF. I've spent literally thousands of hours playing it (i'm still not any good) and I haven't paid a penny, so a bit of my spare time to help seems like the least I could give. 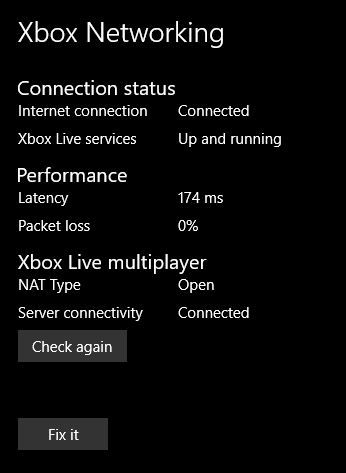