This topic has been deleted. Only users with topic management privileges can see it.
last edited by
19

Hi everyone. Recently I've taken on the task to optimize the FAF base game repository. Since LOUD shows it is possible - why shouldn't we do that too.

As it stands I've made a profiler to help figure out what functions are called often and how to write code that is more efficient. One approach to this is through benchmarks. See also this folder:

All benchmarks (with a similar name) perform the same operations, some faster than others. To give a few examples:

This shows that it is possible from a theoretical perspective. I've been doing work on optimizing projectiles that you can find here:

When 400 Zthuee are firing at one location it takes 12 - 15 ms on the base branch, assuming you are completely zoomed out. On the optimized branch it takes 8 - 9 ms. That is a significant difference on its own - and this is just on projectiles. @CheeseBerry can confirm this - on his computer it runs about 18 - 20 ms on the base branch, where as it runs 14 - 15 ms on the optimized branch.

Up to this point I've only optimized while trying to keep the original logic alive. However, there are some things that I feel are not required for the overall game, are expensive, and can not be made cheaper. I'll use this topic to discuss these issues to get a bearing as to whether people think it is worth changing or taking out of the game.

In order to facilitate discussion each problem will have its own topic on the forum. Please remain on topic, whatever you are writing for. As it is easier for me to identify how people feel about certain changes. 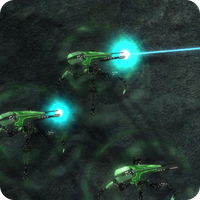 Graphics changes do help, but are quite limiting. There is a separate render thread that takes care of most of the rendering. Only emitters have a (relative small) impact on the sim.

LOUD can run a significant larger number of units than FAF while staying at +0 or higher. They do this by applying the same techniques, everywhere. If you look at their repository you'll see this. Everything is written with maximum performance in the back of their head.

That means there is no magic bullet - as I did for the projectiles, you have to go over all the files (including the base classes such as seraphimprojectiles.lua, defaultprojectiles.lua, and projectiles.lua) and apply the same techniques everywhere. And that just takes time.

In the end 95% of the work is 'grunt work', in terms of having to go over hundreds of units / weapon files and looking at the logic, making small improvements performance-wise. Only very little of the work is difficult and abstract - there are some examples like specializing code (moving it down a class so that not all units call StopRocking() by default, instead only units that actually do Rocking (hover units) will call that in their own super class). Another example is the impact of the score(board) / hotstats.

If you're interested in helping, I can help get you started.

The more important thing for us not is not hreaking the various often used sim mods. So I’d also test various changes with:
Total Mayham
BlackOps (All Variants)
BrewLan
Marlo’s Mod Compedium

And then a few other sim mod.

@dragun101
I agree. I'm not changing the API or the outcome of a function. I am only changing how that came to be. I'll keep it in mind, but I do not expect any issues.

It might be worthwhile if and when you change a how certain variables are defined or when. To make sure the big mods don’t rely on that or made use of those variables.

From looking at how Jip has implemented this it should have no impact on the other big mods as all the original variables are all still accessible. They just will not be optimized in the mods

This has long been a myth - LOUD never gained any real performance boost from suppression of graphics. We did toy with this several years ago, and it stuck for some reason. There are certainly some graphical things we simplified or tied to the SIM speed, but over time, most of the pretty was returned to normal.

As Jip rightly points out - there was never a 'magic bullet' - just a lot of patient work going thru almost the entire code base, implementing the techniques that Jip is encouraging FAF to adopt now. The gains are real, but the work is extensive, but not difficult.

I've updated the 2nd post of this topic to keep track of everything related to performance.

We're aiming for a patch near the start of September. However, we need more people to play on the develop branch to test whether everything works. This patch is larger than typical because the last patch is from September 2020.

Therefore my question is for you all to host games on FAFDevelop and report back! 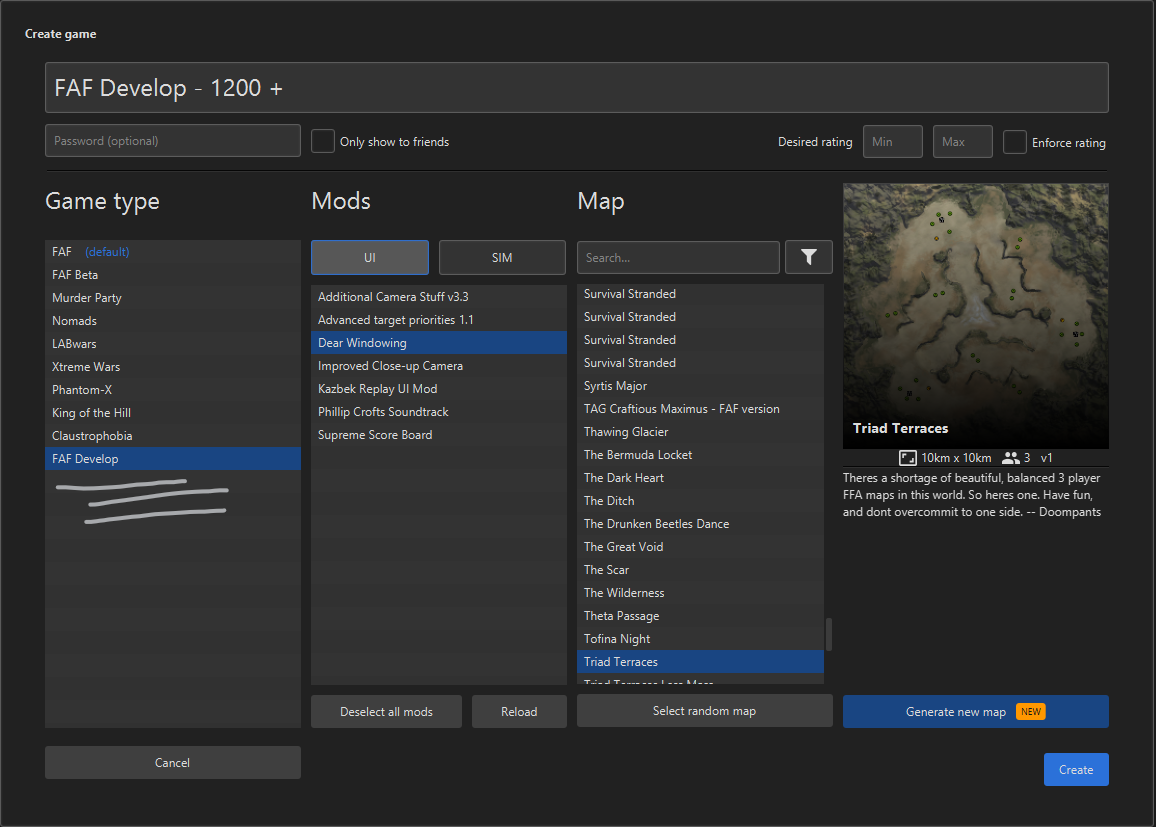 Report back any strange behavior afterwards. You can find the log of the game here.

If the bug is visual, make sure to add a screenshot.

Always attach the log - we can't work on the issues without it. You can send it to me through the forums or through discord where you can find me as Jip#4301.

edit: note that the branch is ranked (!).

And this is just performance improvements, or are there other changes like bugfixes or balance changes?

Fafdevelop contains all the bugfixes and updates and optimizations since September 12 2020 which was the day of the last game patch.

It shouldn't include any balance changes.

It includes no balance changes. Keyser and I will be working on the full changelog in a few days.

Nice work Jip and the rest of the folks working on it!

To key in on this performance and development large phase that faf is currently going through. I am working on really improving functionality and performance of ALL core AI code on faf so helpfully for you AI Players you'll get even more benefit once these patches come out.

Very exciting stuff that jip has allowed us to do

@jip game_15187368.log
Hey, I just played this game and got a memory access violation crash after one of the AI players died. This is the full log which FA gave me afterwards. The only sim mods active were AI-Uveso and AI-RNG. All else is just UI stuff like SSB.

@utopian Thanks for your report, looking into it now.

Do you happen to have the exact exception code that occured?

edit: after inspecting the log I suspect this crash is not related to the develop branch, but to something else. If you happen to have the exact exception code then I can compare it with exception codes that we've found previously.

Here's the specific error message. Don't know if it's related to develop after all, but might be worth a gander.

EDIT: if you need system specs or anything, just tell me.