This topic has been deleted. Only users with topic management privileges can see it.
last edited by
0
W
Wainan

@Blodir he's really very unique. I've never seen anybody play like that and be successful before.

In the games I watched there were plenty of times where I thought his opponent would overwhelm him but he just manages to spam T1 PD and comes out with minimal damage.

I find it fascinating too how games at this level play off. But what's even more interesting is talking to those people !

I've chatted once with RoyBatty6, one of the gatekeepers of ~500 elo. He only plays ranked 1v1, about hundred of hours per month acocrding to the leaderboard ... I was curious why he never plays anything else, and if he actually was trying to improve his strategies after so many games.
He just told me about playing a teamgame long ago, and not knowing what to do, while people expected him to play a certain way. So he felt quite "unprepared" to play teamgames and just focuses on 1v1 ! We talked about general strategies, which ones he struggles against ( i recall he mentionned turtle ..) ... and he actually asked me for advices !

I have a feeling that he just doesn't care too much about how the game should be played but just enjoys playing it his own way, which is great. Sometimes I wish those guys were more under the spotlight, we don't hear from them too much, even tough we can clearly spot some legends just looking at the leaderboard.

Watching replays from other players at this level is so interesting cause you have numerous playstyles and they do just so many random things with a crazy consistency ! Maybe that would call for a cast of "low elo legends" like they do in some other RTS communities ?

He just told me about playing a teamgame long ago, and not knowing what to do, while people expected him to play a certain way. So he felt quite "unprepared" to play teamgames and just focuses on 1v1 !

Except from trying ladder 2v2 with a friend, I know this. I did 3 serious team games I think, and I got yelled at and/or caused my team to lose by basically playing like 1v1. I have a global rating of 1200 or so, so I cannot join noob games and should expect to ruin the game for the other players while not knowing what to do.

Watching replays from other players at this level is so interesting cause you have numerous playstyles and they do just so many random things with a crazy consistency ! Maybe that would call for a cast of "low elo legends" like they do in some other RTS communities ?

Years back I have suggested to numerous casters to also make videos of short low level games. Instead of a 50 minute epic, stick 3 short games in there, including one-sided ones. With casters picking out long and awesome games you learn very little actually. I played a lot of Starcraft 2, and you learn a lot from short one-sided games.

@cocAurico I'm rated about 800 1v1 and I feel very similarly about team games.

With the exception of some maps where the roles are well defined (e.g. Seton's) and small land maps where the flow calls for T1 land spam, I get totally overwhelmed in a lot of team games. I can see that there are hundreds of potential threats, so I try to counter all of them and stretch myself too thin and end up being ineffective.

@Blodir I would not give him 10 minutes on open palms - turbo didn't even last 8 minutes on palms vs nexus in the fall invitational. This dude would probably die faster. 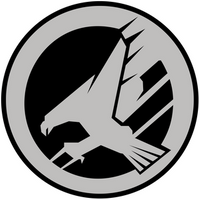 @Wainan It is off topic, but I feel the same. I end up just playing 1v1 because I am not used to general team games, and thus I underperform from what my global rating should suggest, which I achieved simply because I did some lazy-games on Setons or Gap on occasion, which actually further adds to the issue. Low amount of custom games with a global rating of 1100 makes people suspicious and typically won't let me play in others hosted games. It is a bit of a negative spiral

@SteelTalon Try playing some mapgen teamgames. Hosts are usually quite open to less experienced players. Futhermore, mapgens games (due to their novelty) usually dont have fixed roles/lanes for players and are often quite dynamic to play. Both should be an advantage for ladder players.

@Amygdala what are those and how do you find a game?

@Wainan. Mapgen means computer generated maps. Its an option when you make a custom game. Mapgen maps are displayed with a die symbol in the custom games list. There are some players which regulary host teamgames on mapgen like phong and Sheikah (which is also the main developer). Or simply host them yourself.
Here a randomly picked game to give you an idea: https://replay.faforever.com/13583551
Here a forum post about the mapgen options:
https://forum.faforever.com/topic/17/neroxis-map-generator?_=1610817988604

Pay attention to: (1) map control (2) how Teruco keeps his units moving so they don't die to random lobo spam (3) how Teruco keeps up economically. Specifically--the map control helps him (he gets more reclaim, he makes/holds more t1 mexes) but he can't keep up economically without making T2 mexes and then T3 mexes. Pay attention to (4) how Teruco doesn't throw away many units with failed attacks. Look at (5) how Teruco finally finishes things, with overwhelming force. He is able to pay for all that because his economy is bigger than Derek_'s.

Derek_ does try to expand. If you let him push out and get more T3 mexes, he can get a bigger economy than you, and ultimately win. So you have to keep him boxed in. It is as much a threat as it is an opportunity, because you can see how much reclaim gets left behind when Teruco does break his expansions.

If you want to avoid losing tanks to lobos, you want to keep them in motion, and not in a straight line. You don't have to babysit them (watch them and nothing else on the map). You can queue up zig-zag move orders for them.

@arma473 For his rating, that is pretty much a perfect response.

Thanks, that was interesting. Do you reckon it's possible to kill him quickly? The idea of spending an hour on a 5k map isn't very appealing. I was exhausted just watching by the end.

That was the same map I met him on. I've watched it back and honestly if I'd been a little more aware of the danger and killed PDs instead of trying to reclaim his factory I might have got away with it. I dunno though.

@Wainan I've done it on Open Palms, and seen it happen from time to time too in replays. The early engineers are never protected, so if you manage to raid them before they reach expansions that is a major win. If this fails, make sure your answer is not tank-spam but instead precision with T1 mobile artillery to kill the PD, and, hopefully factory lock him if he gets one online.

You can break the main base early, but only if you manage to harass him quickly enough that he does not reach T2 with his ACU. Do mind his T1 PD placement, air scouts are great to use here. Once he reaches T2, he will be free to build Triads and Klink Hammers to fend of whatever you have into the T3 stages and this is where most people fail by trying to break in with landspam and MMLs.

There are probably much more fancy tactics to throw him off that much better rated players than I am can manage, but for an equal rating... I don't think it is too bad of an approach.

Do you reckon it's possible to kill him quickly? The idea of spending an hour on a 5k map isn't very appealing. I was exhausted just watching by the end.

If you focus on t1 spam instead of making t2 mexes, you might be able to build up a big enough force to overrun him. However, it's risky. If you lose the fight, his T2 PD will survive, he will have lots of reclaim to take, you will basically guarantee that you will lose.

If you can snipe down his early T2 mexes, you can deal a major blow to his economy. For example, if you do an artillery drop and kill one of his first 3 T2 mexes, that could slow him down which would buy time for you to get ready for a t1 spam wave.

You can also look for a T2 snipe. For example, make 3 MMLs to harass his base. He will probably overreact to the MMLs (spam TMD and t2 artillery.) Meanwhile you make 30 corsairs, enough to punch through his shields and kill him in 1 pass. You spread out your corsairs so they don't all die to flak shots and try to win. But again, if you lose the fight, you will leave a lot of reclaim. It will be a tough fight from there.

So yes, it's POSSIBLE. It does depend in part on your skill. (More skill = you can do any strategy better.)

It's risky, but if you're willing to take the risk, you can definitely try it. Put your entire economy into making t1 land spam, build up enough to knock down his t2 PDs (you're going to want a LOT of light artillery, like 1 tank for every 1 light arty) and then go for it. You can make your own decisions, you don't always have to play the safe way.

@Blodir Great answer, instead of me bashing my head against firebases haha.