Battleships do not shoot in a straight line towards targets, it's farily easy to assume that a high arcing shot can get within suitable distance of a submarine, especially when the shell loses it's forward velocity in the water. The only thing that really stops battleships being able to hit submarines is the artificial limitation on the targeting.

Weapon tech can advance over thousands of years, the foundations of basic physics cannot. Unless you want to state that there is some magic unobtanium metal that allows it to sink but only so much, and can be randomly removed to then float again.

I know it's cool to be a hero of justice and "fix problems" but actually think about it for a second. Submarines in this game are completely underdeveloped, an afterthought to counter things that hide in the water, take no real skill to use, take no real skill to deal damge, and are entirely boring to use and watch. Is buffing subarmines into viability actually healthy for the state of the game? Don't ruin the fun of the game in some blind crusade to "fix things" and be a hero. 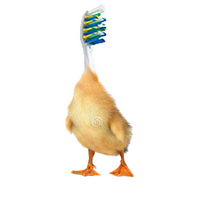 To be fair, they would need rather extreme arcs to sink enough to be meaningfully close to a sub if they fired at the surface where it was - remember, battleship guns aren't made for high arc shots, so while they can arc relatively well depending on the ship, they are far from mortars or such where the shell lands more vertically than horizontally. As for the argument over the sub balance I certainly can't comment meaningfully, that's for the balance team to do, but I can agree the Atlantis feels relatively weak most of the time

Weapon tech can advance over thousands of years, the foundations of basic physics cannot. Unless you want to state that there is some magic unobtanium metal that allows it to sink but only so much, and can be randomly removed to then float again.

Um... not sure where you're getting this magic unobtainium metal thing... all you need is ballast tanks flooded with water to dive, and then blown out again to surface. Like real world submarines actually do. Sure, you would need bigger tanks that could fill/empty faster in order to dive/surface a bigger submarine, but I don't see a problem there.

I don't like the groundfire vs. submerged units mechanic either. Purely from a gameplay perspective, the role of the Battleship is surface bombardment, especially against shore installations. Killing subs is what torpedoes are for.

Regarding the Atlantis, these are the changes I would make to it:
-Increase AA and torp range
-Increase torp damage (so they can stand their ground against Sera T3 subs)
-Increase the amount of time it takes to dive/surface (do this for all submarines)
-Make it able to build aircraft while moving (if possible -- though back in the day I think I remember this being something the game engine can't do)
-Increase cost to balance

I know it's cool to be a hero of justice and "fix problems" but actually think about it for a second. Submarines in this game are completely underdeveloped, an afterthought to counter things that hide in the water, take no real skill to use, take no real skill to deal damge, and are entirely boring to use and watch. Is buffing subarmines into viability actually healthy for the state of the game? Don't ruin the fun of the game in some blind crusade to "fix things" and be a hero.

Like I already said, we are currently hiding from submarines being op behind this broken mechanic, they already are OP, there is just this mechanic keeping that OPness from breaking the game, mechanic should be removed (because it shouldnt exist in first place) and then submarines nerfed into balance once their real power shows after that bugfix.

They may have been underdeveloped and an afterthought, but that doesnt mean we should keep them as such (and this bug along to counter them) when we can in fact fix both. This goes for everything in supcom.

@biass this thread has kinda moved from the Atlantis to all subs in general... I just wanted to the Atlantis specifically to become more relevant since it is an experimental after all, and not some weird t3.5 sub....

When surfaced it loses against battleships and thats perfect and exactly how it should be. The balance changed I suggested was a move to make it into a better AA platform and proper mobile air factory..

Submersion protects you from your greatest weakness (battleship) but at the cost of losing all your AA..

Its very hard to balance, but its in a very sad state at the moment for an experimental..

(btw small small thing i was thinking off, wouldnt it be better to make subs move faster when surfaced compared to submerged?) this would give another reason for subs submersion to be micro managed a bit more and more fun to play with.

Submersion protects you from your greatest weakness (battleship) but at the cost of losing all your AA..

It doesnt however, the whole point is battleships can still groundfire it while its underwater, which shouldnt be

@Mach yea sorry my point was that was what it was supposed to be like. The developers cleary didn't mean for Ground fire to effect sups, that's why it only works by using a work around.

it will become very hard to balance the Atlantis once they remove it tho.... buffing the aa will make submersing an indirect nerf tho...

I dunno, looks like balancing the Atlantis is alot more complicated.

Mainly if where discussing removing the ground fire exploit

its complicated because it would be the first time submarines were really balanced as units without bugs or even seen as units they are supposed to be, just because it wouldnt be easy doesnt mean its wrong

Why do people say “devs didn’t intend it to work like this” as though groundfiring subs was only discovered in 2014 after GPG shut down.

Was it intended during initial release? Probably not. Did the devs patch it out? Also no.

@FtXCommando devs didnt fix alot of issues, doesnt it was supposed to be part of the game

My point is that it’s a dumb argument and is a sentence that means nothing. Devs also didn’t intend this game to be so heavily about reclaiming trees and rocks, do we remove that from the game to correspond with “intent” too?

Argue what positive it brings to current navy meta/what problem it solves. No one cares what the devs wanted.

well positive is that submarines become navy's equivalent of "air" in that only weapons that are designed to attack them can hit them, instead of anything with big enough aoe, similar to how air units are shot by aa only. (I know air can get hit by non aa like artillery but thats something you cant even micro to force unlike groundfiring submarines, and mostly happens accidentally and when someone flies a swarm of planes over a mavor or something as it is about to shoot.)

it also solves what this thread was originally about, which is atlantis being useless by it not getting easily destroyed by battleships groundfiring it while its underwater, and every other submarine, it also turns them OP since now they arent countered by this bug, and thus have to be balanced around weapons that can hit them instead of groundfired surface weapons.

atlantis isnt as useless as you think

also your argument about solving atlantis issues my changing a fundamental feature on navy makes no sense. There are 100s of easier ways to do that

well it isnt useless but its heavily countered by something it shouldnt, reducing its power in ways it isnt supposed to, a submarine shouldnt have to worry about a battleship shooting surface of water above it and move around underwater to dodge them, because its a submarine deep underwater, it should worry about anti submarine weapons like torpedoes and depth charges instead, and thats what it should be balanced around

and I dont consider groundfiring underwater units with surface weapons a fundamental feature of navy, but then I suck at navy anyways so what do I know, point is submarines should be balanced around things that should be able to hit them, and not around what shouldnt, those 100s of easier way to buff atlantis each ignore fixing groundfire exploit (which also effects all underwater units not just atlantis)

In my opinion Atlantis is actually in a lot better of a spot than it once was with the mass based veterancy system, it now only needs to kill 6k mass to get a vet. It can actually be fairly effective. Atlantis wins vs 4 subhunters thanks to vet. Often you can get them out before battleships hit the field if you went T3 in air/land. They can also make air, which is useful for scouts and a few ASF/Torps. If anything it could get a speed/turn increase to it could dodge shots and arrive at the front faster.

@The_Mak An explosion underwater dissipates in a sphere-shape manner so the hit delivered to the target is quite minimal, that's why depth charges are if something, the WORST weapon when dealing with submarines. In world war 2 they knew it and that's why they developed hedgehogs.

A shell exploding in the surface will do shit to a vessel 30 meters underwater aside from making a loud noise.

Explosions are spherical in air too lol not sure how that is supposed to disprove their effectiveness...
Properties of water (high density, basically incompressible) actually make shockwaves more damaging than in air btw.

Also, depth charges were one of the the first effective weapons against submarines so it's dumb to call them the worst weapon in dealing with them.

Depth charges were the first method to deliver a significant amount of the explosive power anywhere where it might actually hurt the submarine. Anyone imagining that surface detonations, of any magnitude, would have any significant impact on a fully submerged submarine are just dreaming - and supporting it as a viable game mechanic is just twisted.

it not being realistic doesnt automatically result in it not being a viable game mechanic.

Hey, I wanted to say that being shot most of the time kills you, as such being able to respawn should have no place in any kind of shooter game involving real fire arms. It's unrealistic to expect real human being to come back from death.

FFS it's 3k something dudes, we now have advanced weaponry so just deal with ships being able to ground fire subs.