Removal of CPU scores in lobby

I can't make any guarantees, but if you just say you have a xeon e5 5680 3.3 ghz instead of a generic "trust me, it's fine", you'll probably find that things might improve.

Jerks will still be jerks tho.

I have a crazy idea. Show the processor name in the tooltip.

So is that processor good enough for you to play a regular (not a gap type) 12 player game?

You can find the first version of the benchmark map, along with a description of how to use it in the #game-benchmark-timings channel in the official FAF Discord. 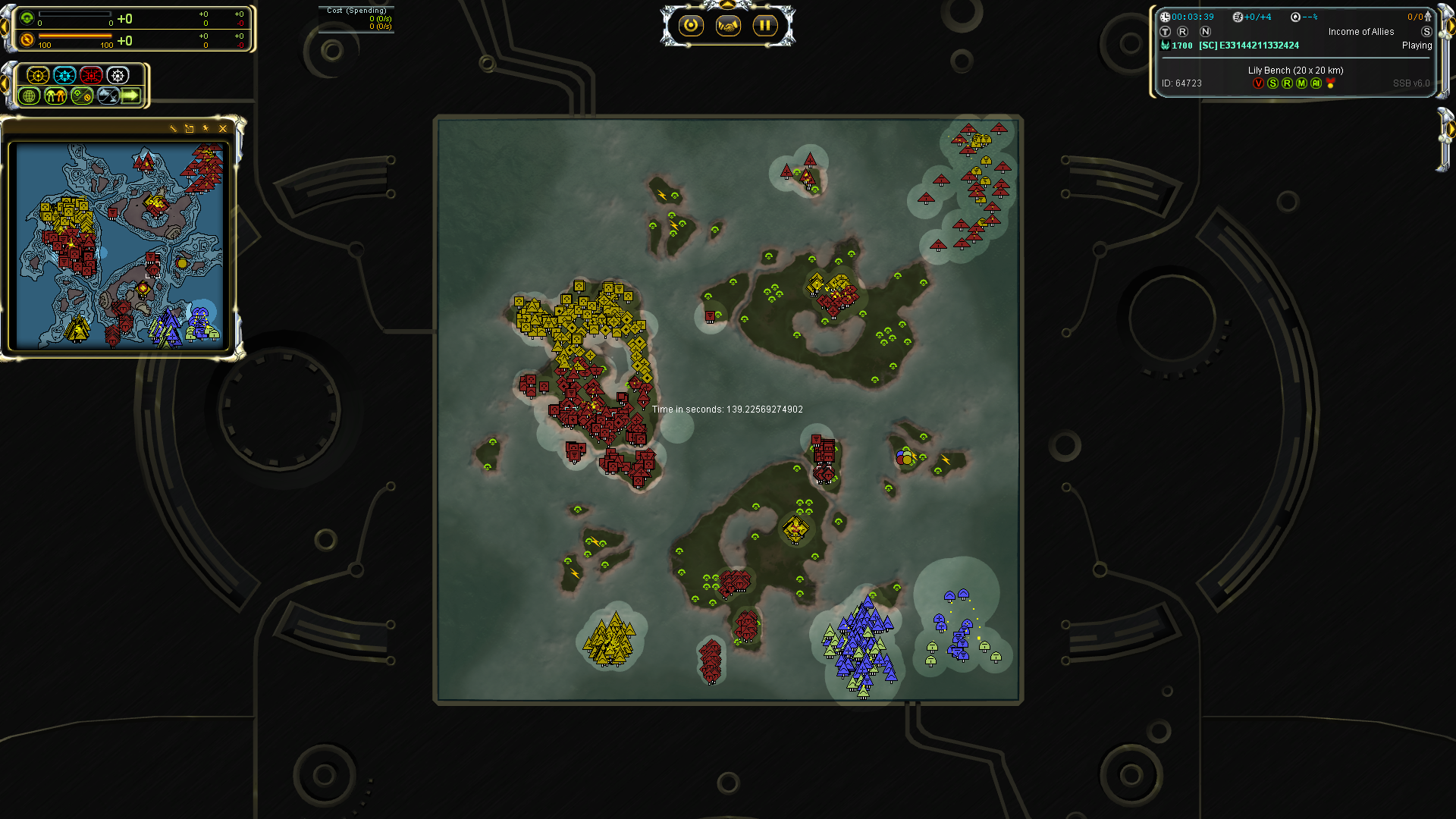 Also I feel like we could make a new topic or move this to the old one.

Best to use the channel in question to put your results in!

And note that it has been updated, in particular:

@veteranashe said in Removal of CPU scores in lobby:

I could spend hours trying to tell what my computer specs are, if they don't believe me from me saying it's fine then they won't believe me when I tell them my processor.

It's something like a xeon e5 5680 3.3 ghz I think. Dell precision 7500 workstation. Still works good although I lost my quadro 5000 video card recently and the $100 replacement card doesn't work that great.

They won't believe you from saying "I'm fine" because that's the exact line all the simspeed laggers use. The most likely result is.... you get kicked.

For FAF your Xeon is way below even an i5 from a year later and I would not be surprised if Dell throttles it.

@jip said in Removal of CPU scores in lobby:

The only thing that link takes me to is your post saying; "it is disgusting that you posted that publicly while you're a team lead or soon-to-be team lead"

Typical piece of Bloatware, that Discord. Unclear maze that it is.

@jcvjcvjcvjcv Go to the #Game-benchmark-timing channel, you will find all you need out there.

Which makes me again laugh very hard at all the Ryzen 1st and 2nd gen system.

EDIT: After killing Discord I got 93 in the next run.

@jip said in Removal of CPU scores in lobby:

The benchmark map (that will replace the CPU score) is roughly 50% complete. I hope to complete it by the end of May, and integrate it with the client somewhere in June.
Fun fact: with comparison of the state of the game in May 2021, we already have more than 50% better performance .

Looks nice. I hope that finally smokes out a lot of laptoplaggers.