This topic has been deleted. Only users with topic management privileges can see it.
last edited by Electroma
5 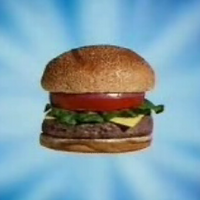 I've been mapping for a bunch of games for a long time now. Started playing SupCom around 2010 and got into mapping for FA a tad later.

I used to be very active in FAF around 2016-2018, just came back to the scene and I'm looking to promote my maps and mapping style.

My goal with my Map Collection is to encourage a different approach to gameplay. Exploiting the terrain mechanics to force players into developing new styles to make matches more exciting. I believe that an RTS can have a lot of versatility with the gameplay execution depending on the mapping style.

Based on the famous StarCraft II map Cloud Kingdom, this map was created for fast paced battles and quick matches. The tight spaces and the elevation changes make this a perfect battlefield to show off your micro skills. The short ranges require perfect timing for defensive structures to be up and running before your opponent takes advantage. Mistakes are costly. Designed for high level play. 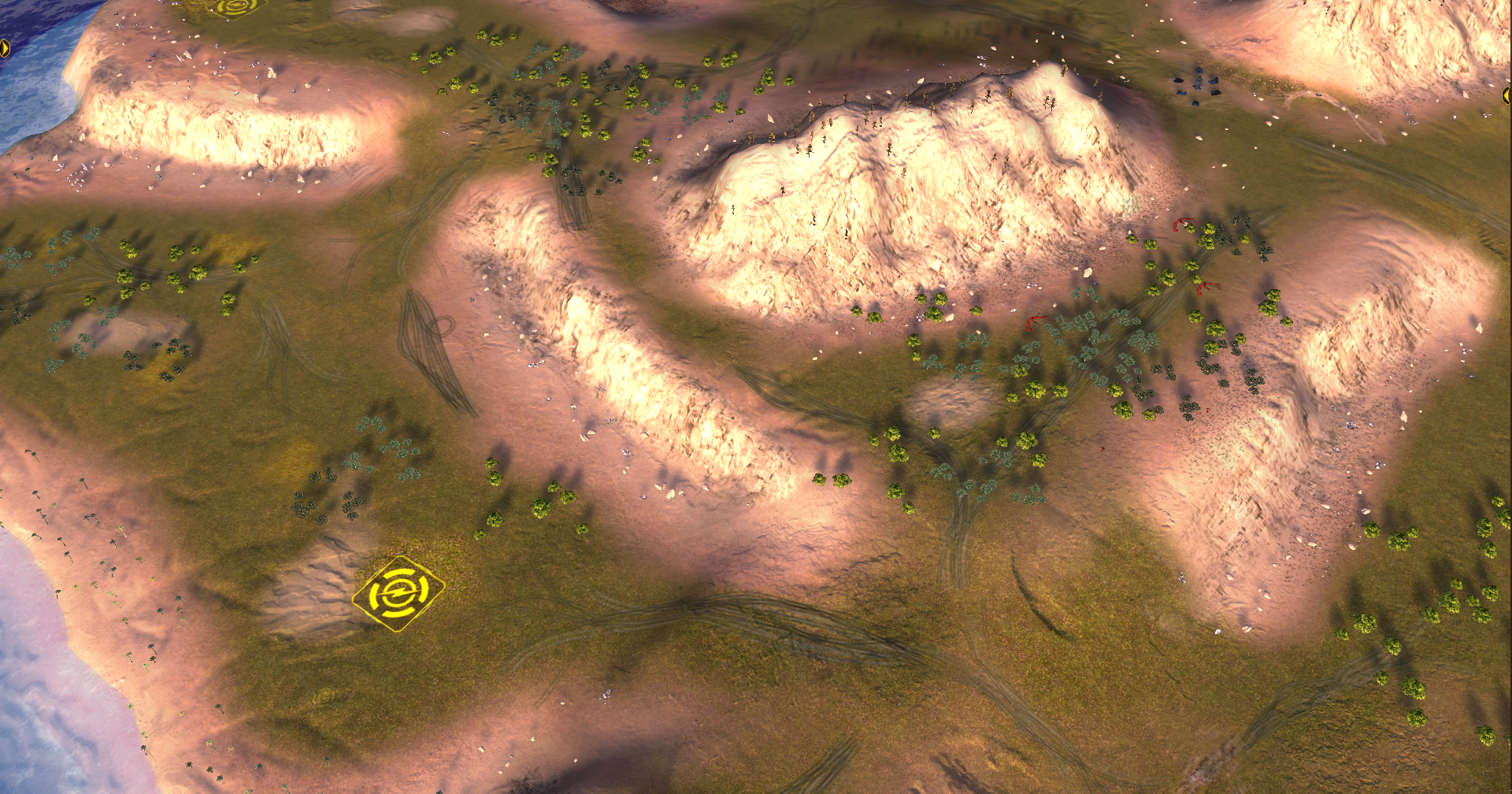 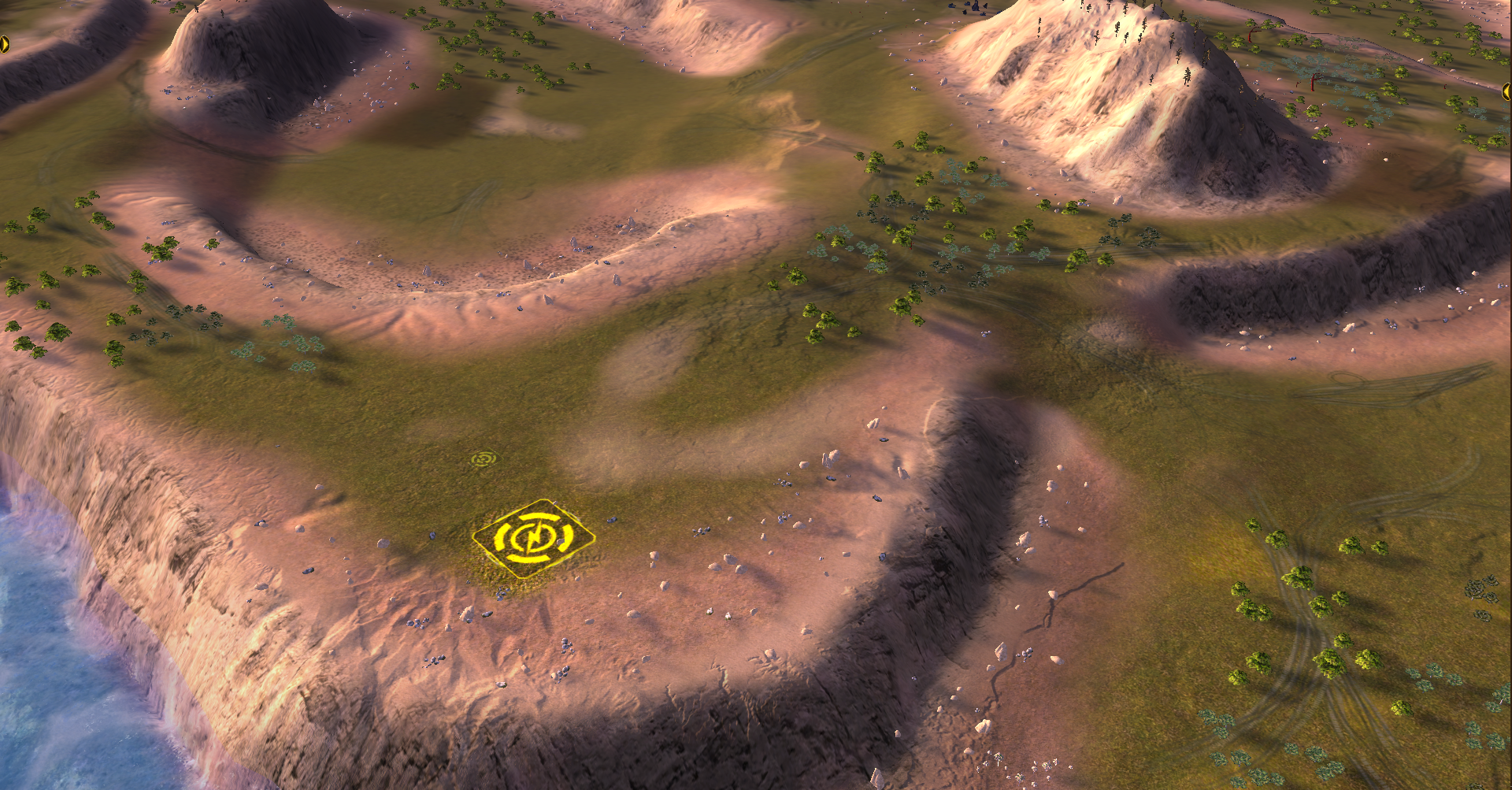 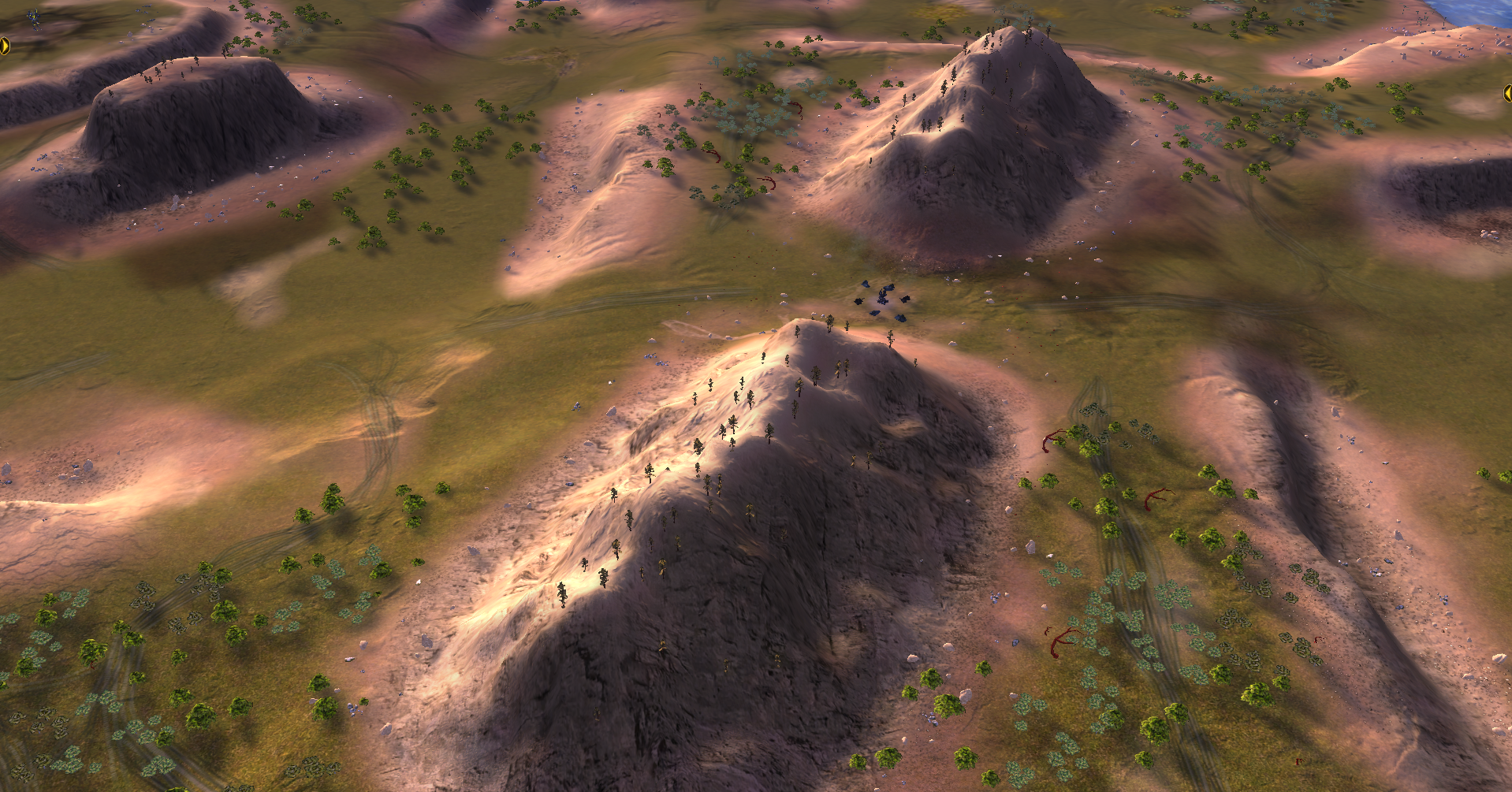 Titan Fall has been designed with an all front battle mindset. A 3v3 map for fast action and solid teamwork. Open spaces with elevation changes. Large amounts of reclaim which players agile enough will take quick control of. You can never be safe in this battlefield, if you fall behind or a mistake happens, you will be punished by a skilled commander.

Expected for high level play in which excellent timings and great micro prevail. Teamgames made personal. 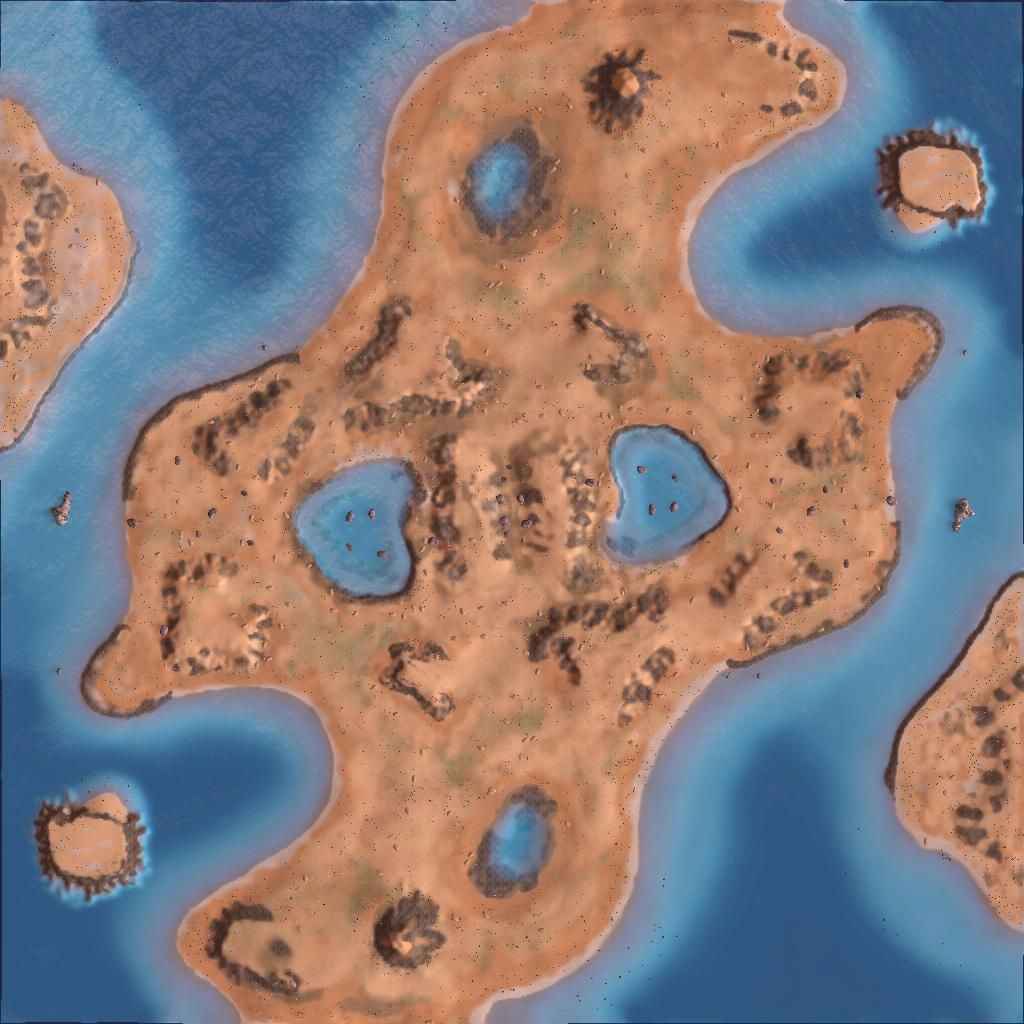 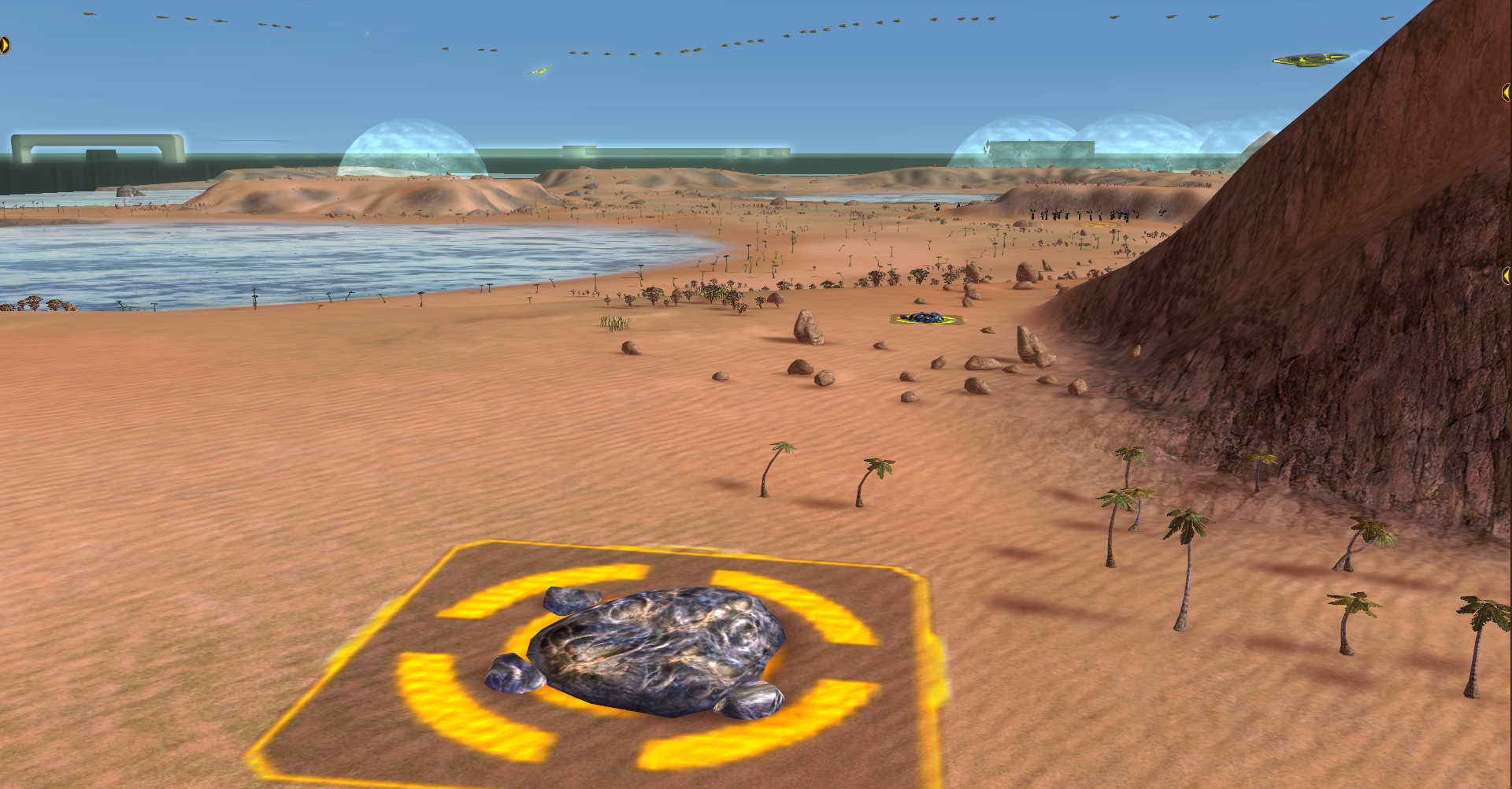 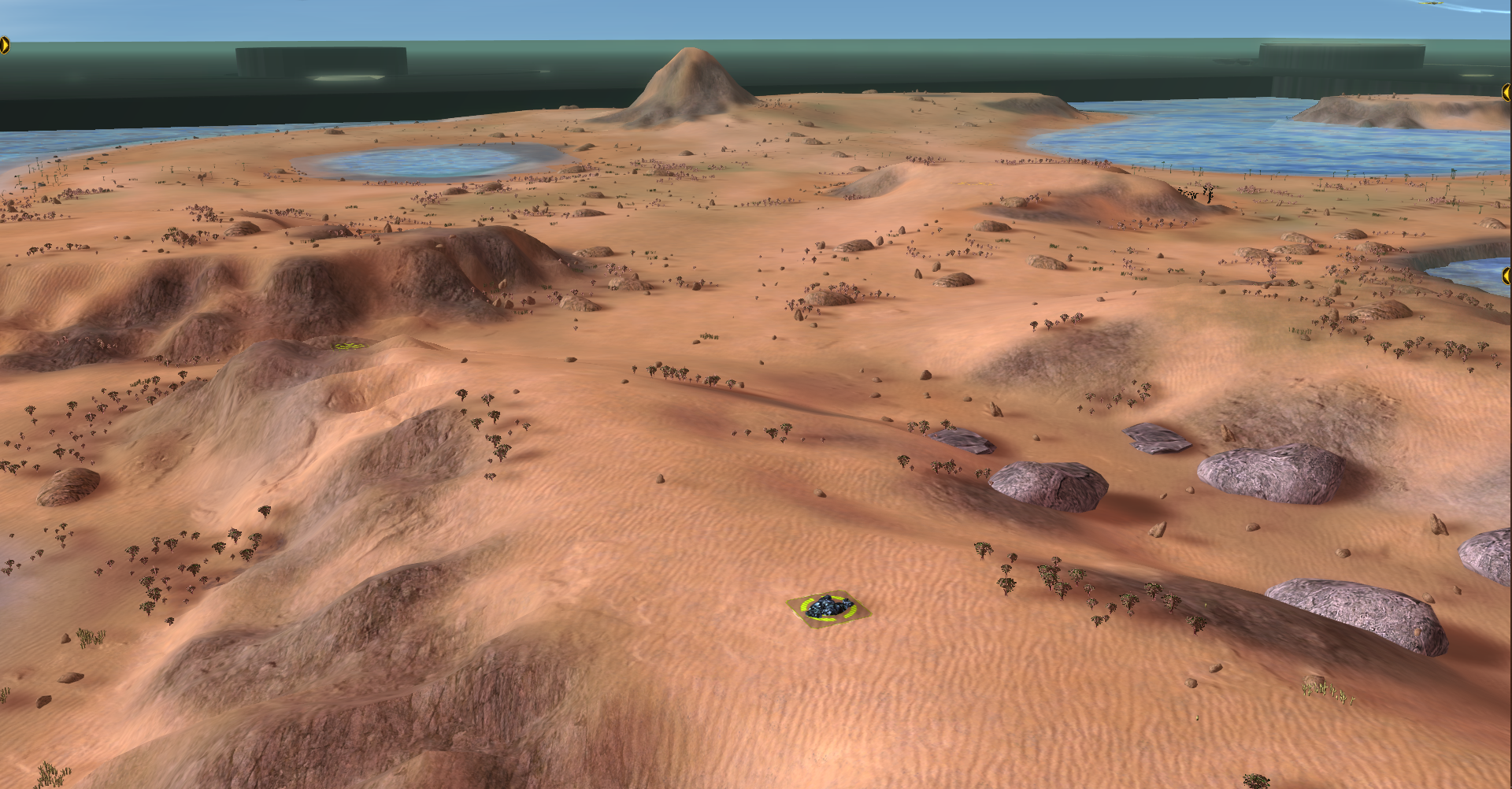 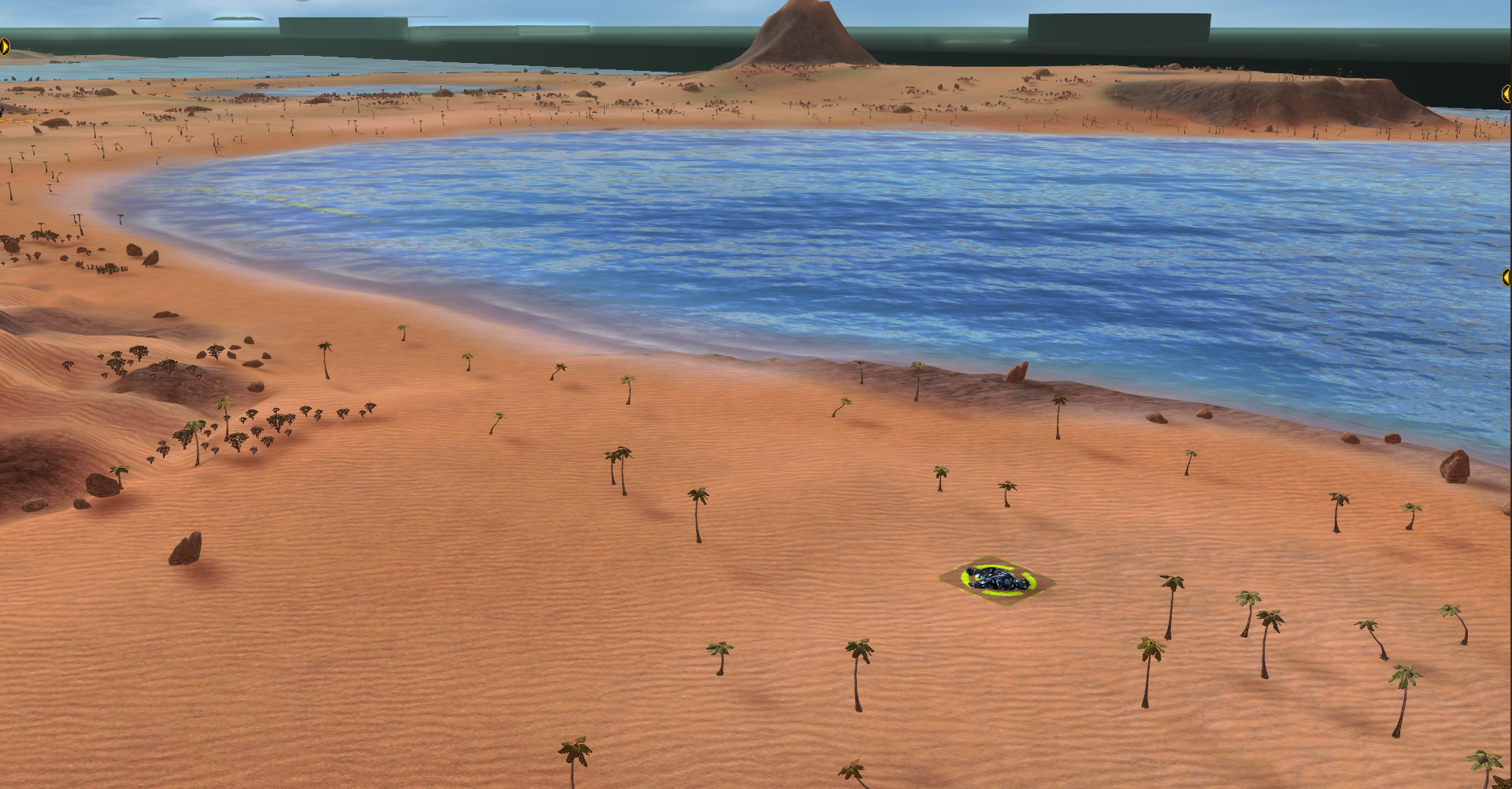 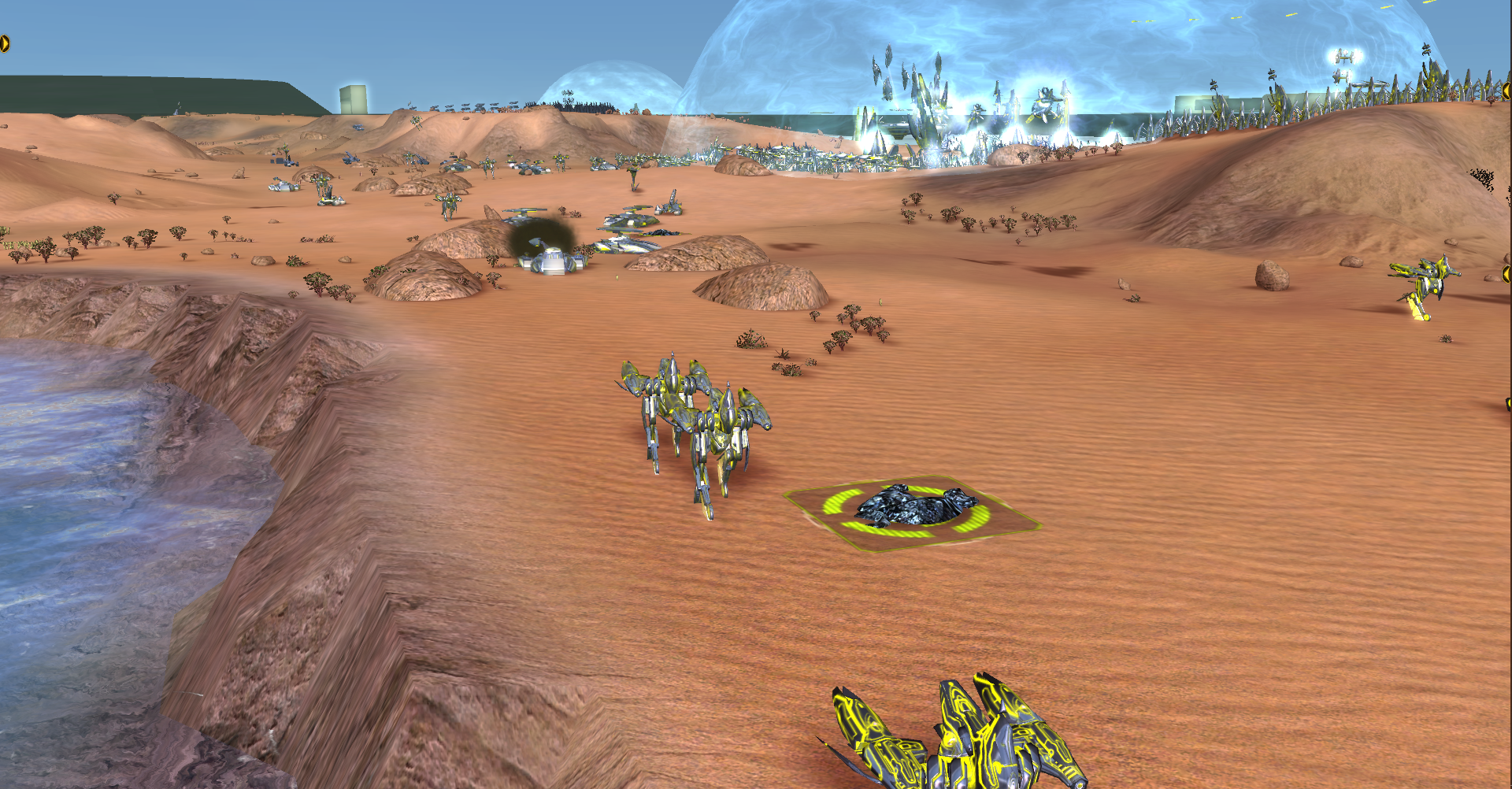 Thanks for checking them out!

This post will be updated with more maps as they are released.

Map visuals can be updated at any time. (As my skill improves)

If you want playtesters, I would talk to Jip/discord people that know about maps, I think they have a playtest role or something? Not sure.

But the maps look pretty cool! Specially the first one, dig it a lot

Super Nice!
Thx for your Effort. Im not halfway high level, but i like to play with the terrain, its an too overlooked dimension of the game and gives the gameplay really depth. I love how the Gameplay differs between those 40x40 and bigger Maps to the 10X10 and 5x5. i like the more starcraft / sup com 2 style maps, would love to see more of them in the matchmaker maybe. i remember this map "mini gap" (i think it was called) where the terrain is highly utilized and you play from many different levels and plateus. IIRC cloud kingdom was kept out of ladder because the terrain just makes it incredibly not fun to play. It’s too tight which leads to units getting stuck and converts the game into rally point manager to ensure you don’t lose because 20 of your tanks could never actually get to the enemy.

@ftxcommando I could see that being an issue. I contacted Morax and Jip to better suit the map for competitive play. I will say, however, that I've received mixed opinions about the terrain variation and tightness; some players seem to enjoy the close quarters and the micro-intensive environment, while others claim that it's not ideal due to the pathing. I'm still on the fence about opening the map too much. Will test further. Thanks for your input!

@Femboy Yep! Already contacted them to make sure the maps are up to standard. There's still work to be done on both of them, but as of now they are both available to be played and tested.

hey Electroma, in the map Titan Fall is one masspoint are brocken please fix this. Masspoint 55 and 56.

you cant build on it

Waited a decade to complain about the top left ramp not having grass texture on cloud kingdom, so it is unclear that it is there. And pathfinding is not good as said previously. Hover units around the edge can be pretty abusive too.

hey Electroma, in the map Titan Fall is one masspoint are brocken please fix this. Masspoint 55 and 56.

it seems like it was only one of those 2 mexes. Pretty sure theres none left now. I'll push the updated version later tonight or tomorrow morning. I'm polishing a few details now.

Waited a decade to complain about the top left ramp not having grass texture on cloud kingdom, so it is unclear that it is there. And pathfinding is not good as said previously. Hover units around the edge can be pretty abusive too.

The hover artillery seems like a nice strat, I'm not sure if I'd classify it as abusive, but I understand why you could say that.
About the pathing; I'm making a smoother middle map, wider ramps and less path blocking. It should be much more enjoyable once finished. And I will make sure to add grass to the top left ramp as well.

Thanks for your input.

@electroma This is the best attitude to have, take feedback and try to improve on it, good job!

@electroma thanks and good job

@electroma This is the best attitude to have, take feedback and try to improve on it, good job!

Absolutely! The goal is to improve my mapping skills AND to provide high-quality material to keep a high standard in the mapping scene for FAF. I believe that, while gameplay is important, quality maps to play on are also necessary ; and without feedback I can't improve! So long as it stays as feedback and not personal attacks I think we can all be happy 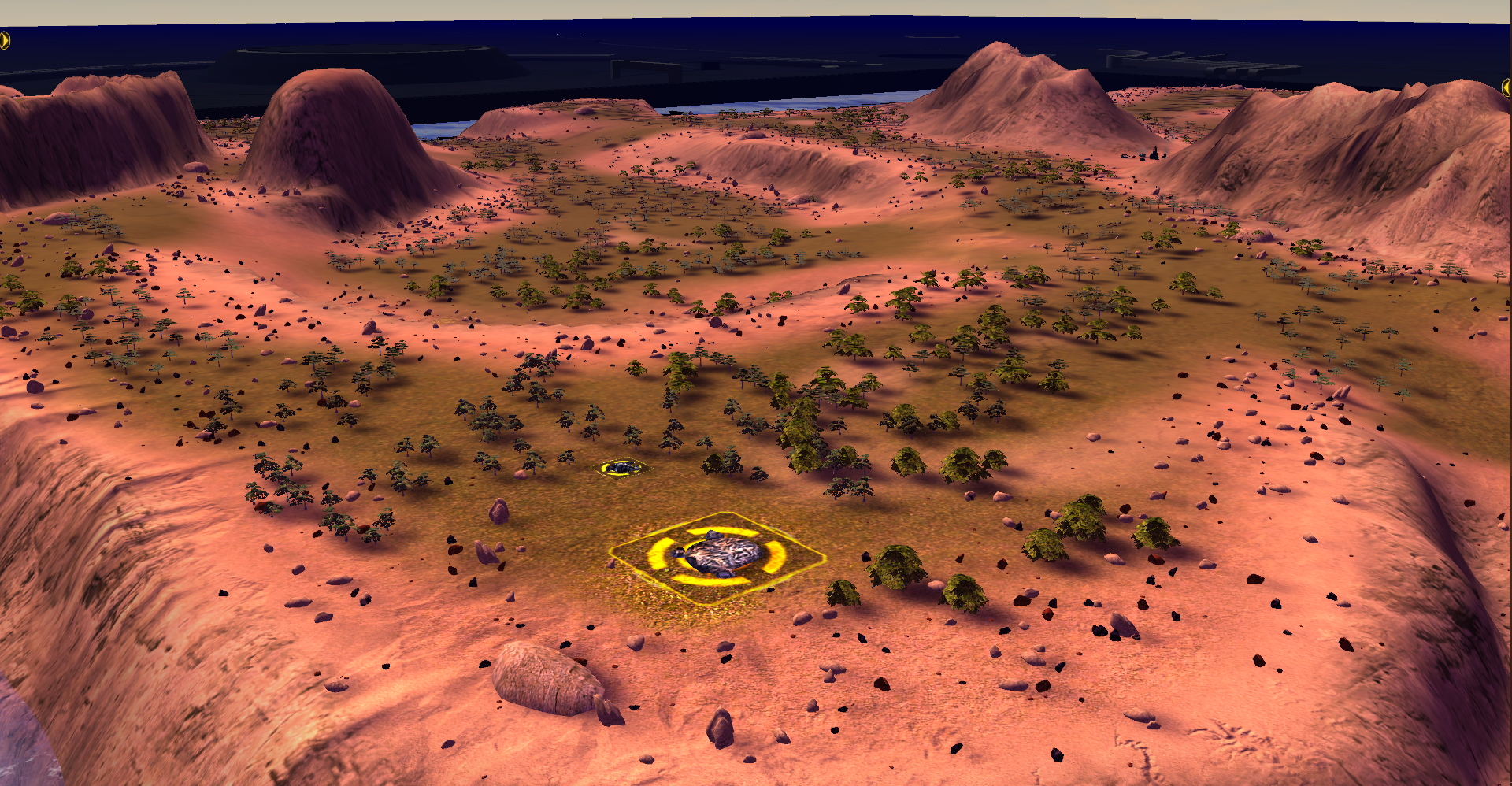 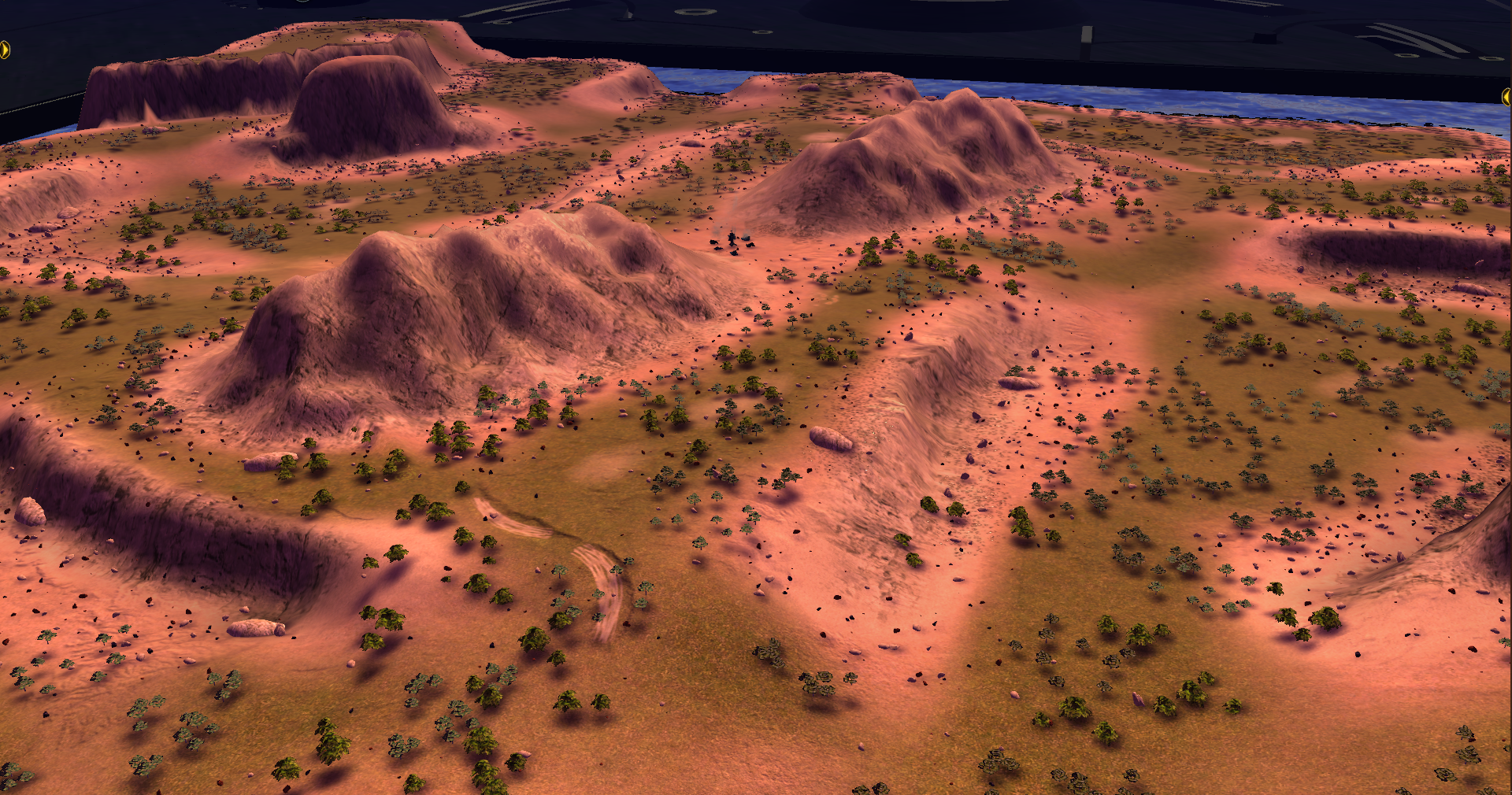 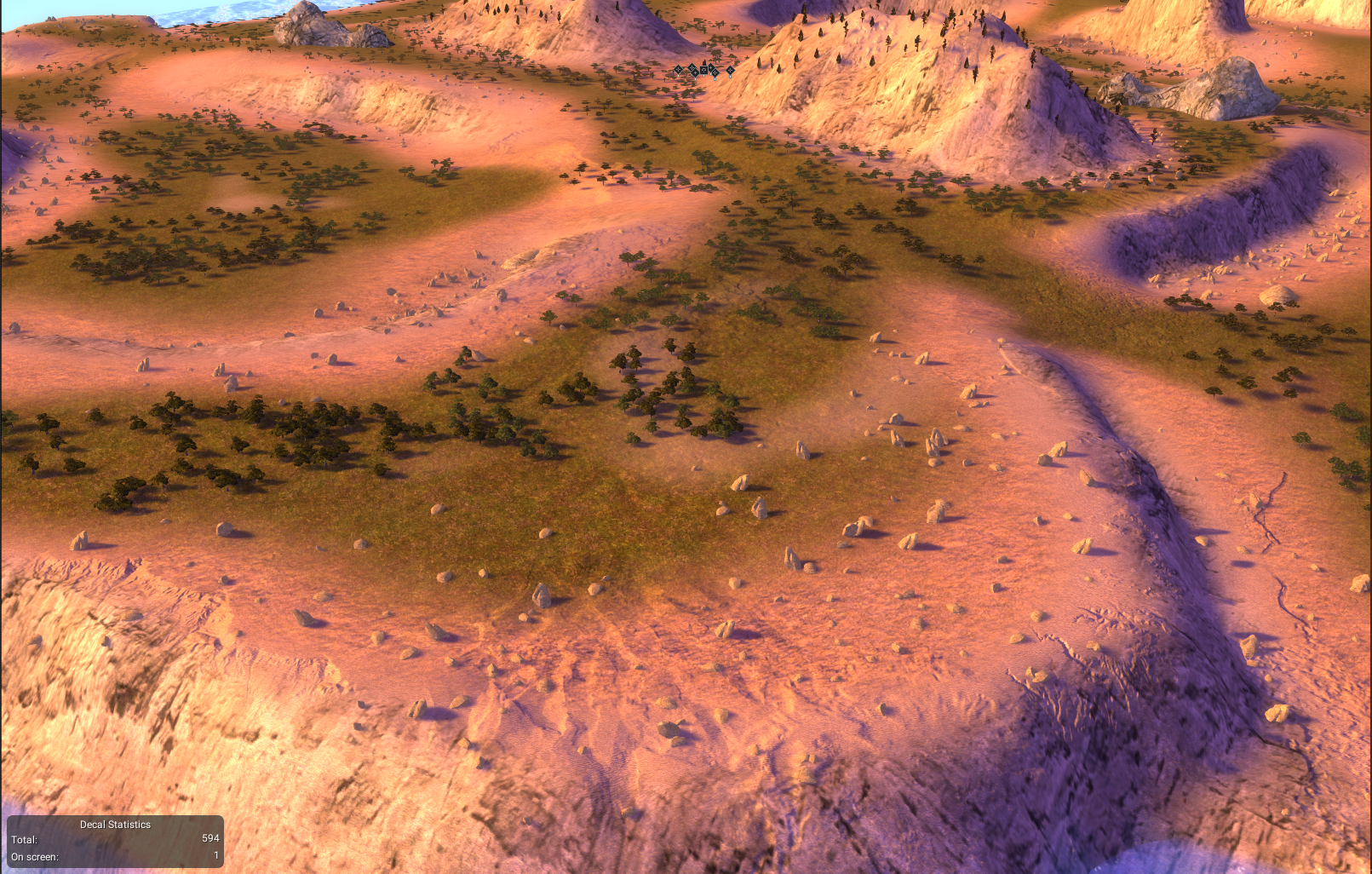 Welcome (back) to the scene, quality work, looking forward to more of it!