Best posts made by OGW_PR_Outreach

This user does not have any upvoted posts yet.

Latest posts made by OGW_PR_Outreach

RE: Promotions Team Update & Looking for help with a variety of things!!!!

Regarding the FAF twitter, try to reach Twitter the same way Sheeo did with Twitch to claim ownership of a FAF official channel before you make another.

Between The FAF Wiki and New FAF Wiki sections, https://www.youtube.com/watch?v=oHC1230OpOg

posted in Contribution •
RE: The complexity of the FAF infrastructure and why throwing money at it doesn't fix shit

posted in Blogs •
RE: The Last Thread about RAS SACU Balance

if an issue is that the current RAS sACU is a multirole unit for ecoing, fighting, and building,

It is a preset for an upgrade. There is a base unit with combat, construction, and resource stats that can be upgraded.

If one reduces the stats of the base unit the other upgrades can be indirectly reduced.

To upgrade costs resources and APM for factions where multiple upgrades are possible. No mention of explosion radius and damage, speed, immobilization, veterancy, or other qualities. The sACUs (and gateway) remain a part of the game. If there weren't already an sACU rebalance coming I'd volunteer a mod (https://forum.faforever.com/topic/759/balance-thread-guidelines, https://forum.faforever.com/topic/739/guide-creating-a-basic-balance-mod-with-a-merge-blueprint, and for example https://github.com/FAForever/fa/commit/39032bf2c83a9024901db3784f0a6c1aecef2465)

posted in Balance Discussion •
RE: Is mercy too strong in team games? What you think?

posted in Suggestions •
RE: A community effort on a map layout

Here is a drawing of a 5x5 map I stopped working on. The two ramps that approach each other get close enough to allow a factory to be distance built.

As a 10x10 I'm still deciding if the default player spawns should have cliffs instead of beaches to prevent hover units from being too overpowered. Perhaps small ramps to allow single units since that's also another path for an ACU to travel (to take the opposing expansion).

The circle dots are adaptive mexes that spawn with a second player. The reclaim is rocks nearby all the cliffs, trees around the map, and the civilian town in the middle. 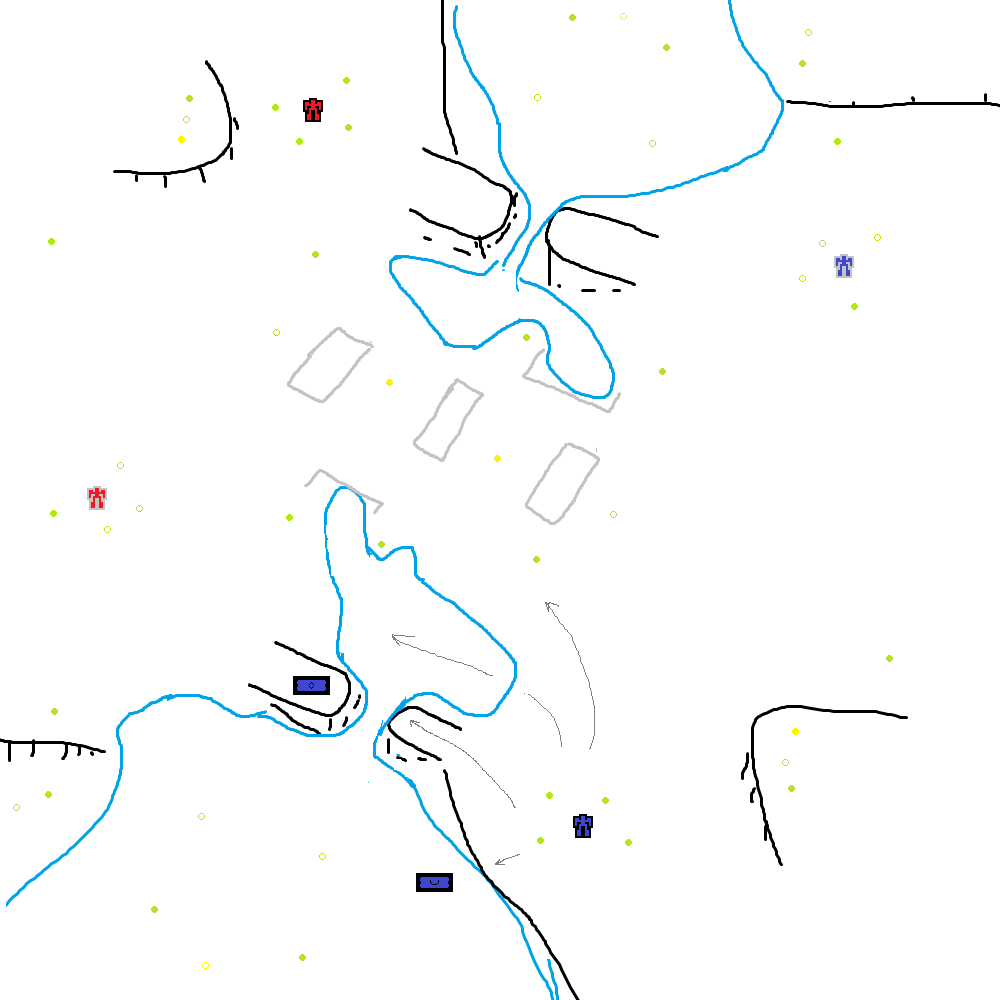