A small analysis of teams in TMM 2v2

This topic has been deleted. Only users with topic management privileges can see it.
last edited by
7
R
Raquaza

Hello everyone, I've been part of this community for a while and I wanted to do something to showoff some interesting informations I find particulary relevant.

Since I am doing a small university project, I wanted to analyze a small dataset that would show a network of the various TMM 2v2 teams that play during a small slice of time, to see if there is anything special that stands out.

The data that was picked was:

For the availability of this data I want to thank the FAF team for allowing me usage of this data and @Kazbek, for the amazing tool that he created.

So, let's start with the first graph 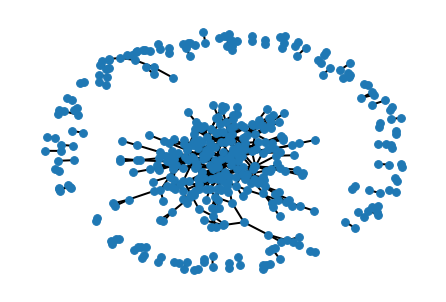 From this first view, the thing that strikes out the most is the structure of this graph, which is called a core-periphery structure, where near the center there is a thightly connected graph and around it a bunch of other small networks.

This already gives and idea of the types of groups present in TMM 2v2, some players only play TMM with another person or they just play it once, while others play with multiple friends or just enter matchmaker alone.

But, let's also see the faction and the rating distribuition 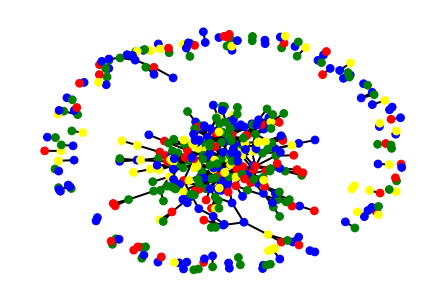 This is the faction graph, where each node is colored with their respective faction, so:

At a quick glance, there isn't an overall most played faction, and most of the distribuition seems equal between all the factions, maybe with both aeon and uef having more picks than cybran and seraphim

Another note is that in the periphery there are teams that play mostly the same factions, being just a small amount of the overall selection. 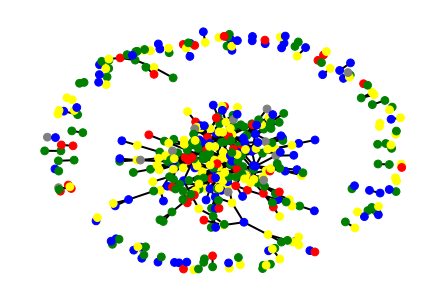 This is the rating graph, where each node is colored with the respective rating bracket, so:

As we can see, much of the graph is not uniform, there aren't many areas with same colors around the nodes and rating is not confined to a specific zone only, and the fact that some of the periphery networks do contain high rated nodes, which would confirm the fact that there are teams which do not search divided for a match

Thank you all for reading through, if you have question feel free to ask me anything.

Could you tell us more about how you made the graph?

Of course, my bad for not explaining it in detail

From this I have generated for each player an ID, then created 2 files (CSV format) to keep the information of the rating and the most played faction sourced from the players table, so pairs of [PlayerID, Rating] and [PlayerID, MPF]

Then I have generated another file (CSV format) that rappresents an edge list with each line having a pair of values [PlayerID, PlayerID], in this case the PlayerIDs sourced from the Teams table, that explain the connection between players, or to say it differently the team composition.

All of this files are then read by a python file using the networkx package, which is a library to create manipulate and study graphs, with which I loaded the graph from the edge list, and then coloured with the other pairings to get these graphs.

@raquaza would u be willing to share the csvs?

Sure, here they are

Just a small note on the last CSV file, it is not in CSV format, since it's just for each line IDs divided by a single space, so you'll need to rename the extension to .edges, because I used the function networkx.read_edgelist ('filePath', nodetype=int) to import the data correctly for the graph format.

@spikeynoob If you're interested, you can copy paste the table into R with datapasta. It's shockingly easy and then save it to a text file or something.

I tried doing some fancy MDS but nothing interesting came out lol. 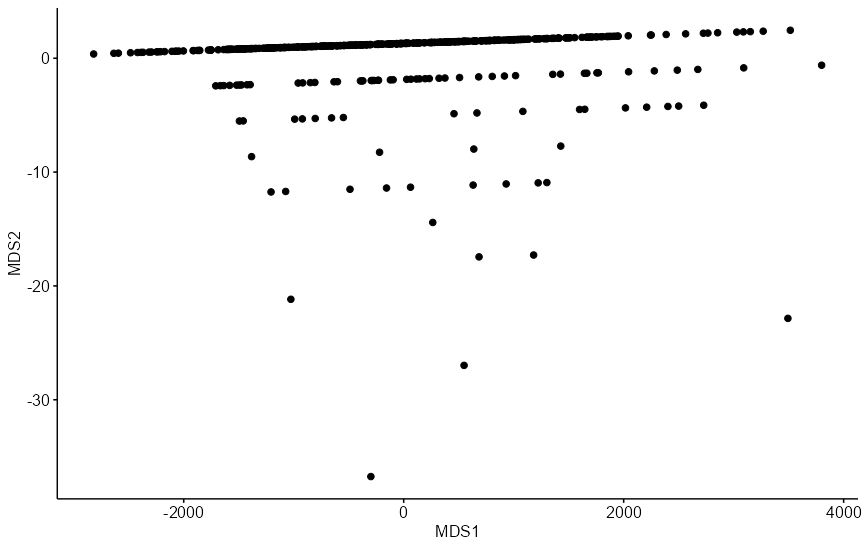