This topic has been deleted. Only users with topic management privileges can see it.
last edited by TheDuelist
11
T
TheDuelist

Tournament Structure
Double Elimination
Winners bracket best of 3
Losers Bracket best of 1 until Quarter Finals when it will be best of 3 until the final.
Finals are best of 5

Game will be open to all rating levels

Coverage
I will be casting the quarter finals onwards. I'll reach out to some other casters to see if they want to join for a series or two.

How to register
Fill out this google form to register and you'll be invited to the discord server where coordination will occur
https://docs.google.com/forms/d/16z6k6EmKCZX1WIlzBmblf0JfkGIegL9XO8-FoSnBnAE/edit
You will then get the link to the Discord server
Commenting on this post will not register you for the tournament.

Logistics
Players will be divided in half based on their rating
Higher rated players will draft lower rated players with the lowest players of the higher rated side picking first.
EG: Higher bracket ranges from 1500-1800, the 1500 rated player will pick first in the draft
Games will be coordinated through the Discord server you will receive an invite to
All the players should be in the server so it will be your responsibility to coordinate a time to play with your opponents
When you win a series, you will need to send me the replay ID's so I can verify the wins and update the bracket.
The challonge will be created when registration and drafting closes.
In the event that you can't get a hold of your opponents in 48 hours to coordinate a time to play, send me screenshots of your attempts at communication and your team will get a bye to the next round.
Games will need to happen within 5 days/120 hours from you advancing to the next round.
There is no team cap. If we have an odd number of players, I'll drop the lowest rated player.

Reach out to me on Discord if you have any questions

there is no limit on the number of teams?

Sorry for my English. I use translator

I changed my nickname in faf (Pryanichek -> Skrat)

Sorry for my English. I use translator

I read it twice and I don't understand

registered without registration and SMS LordBaningRetard

Are noobs welcome? I only have about 150 ranked games played - and only played a handful of 2v2 ladder so my ranking is very, err, provisional.

will it be possible to make the last game me against 3? 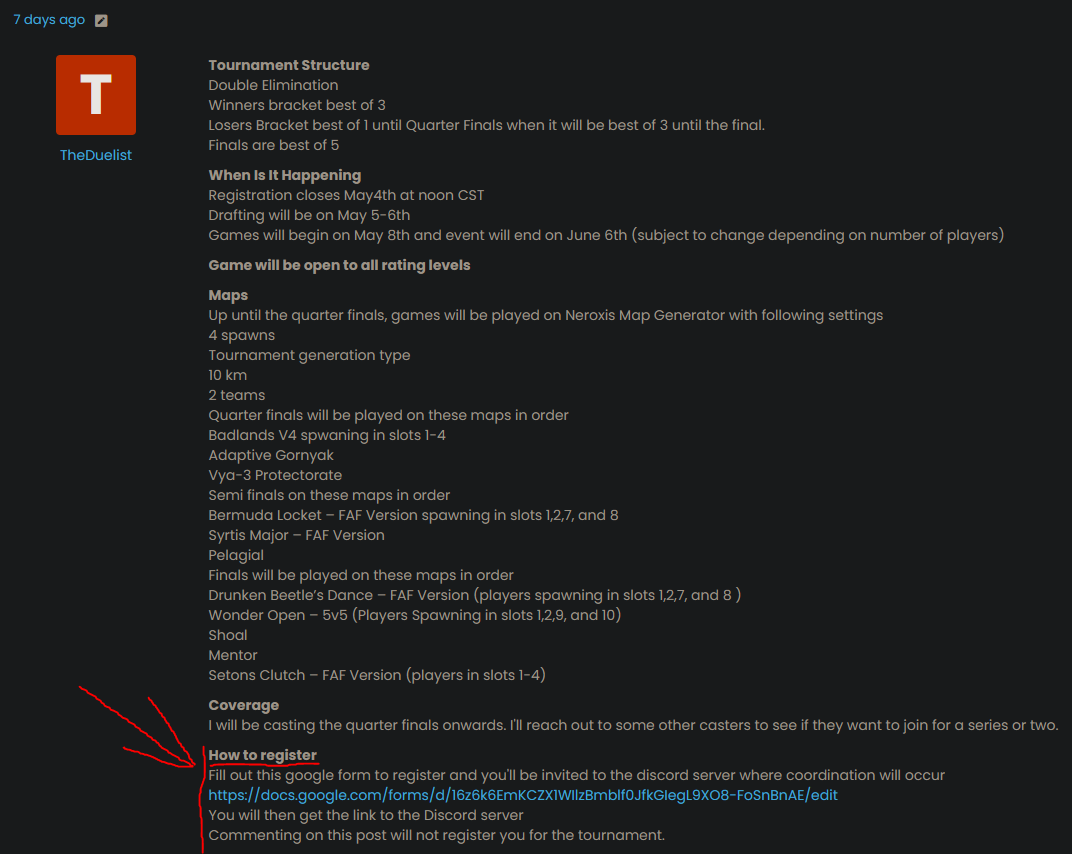 I didn't get the discord link

hello i too didn't get a discord link

me also no discord link ;(

Discord link is being sent out in bulk tonight to all registered players.

Invite has been sent out via email to all registered players

@TheDuelist i do not see any email. Maybe it just takes a bit or maybe I made a typo when I signed up. I just figured I should let u know in case it’s an issue effecting everyone.

@TheDuelist i do not see any email. Maybe it just takes a bit or maybe I made a typo when I signed up. I just figured I should let u know in case it’s an issue effecting everyone.

I'm seeing people join the server from my email invite. If you're having problems, reach out to me directly on FAF or on Discord. 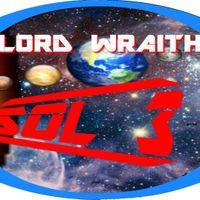 got it all thanks

I still don't see any email either