This topic has been deleted. Only users with topic management privileges can see it.
last edited by Penguin_
4
P
Penguin_

The purpose of this thread is to show and discuss some mods and heavily scripted maps that I've made for FAF. Sensible questions, feedback and suggestions regarding them are welcome.

Minigame for 1 to 16 players - Defend against increasingly difficult hordes of enemies, build defenses, get kills to purchase upgrades at towers scattered around the map, play cooperatively or competitively 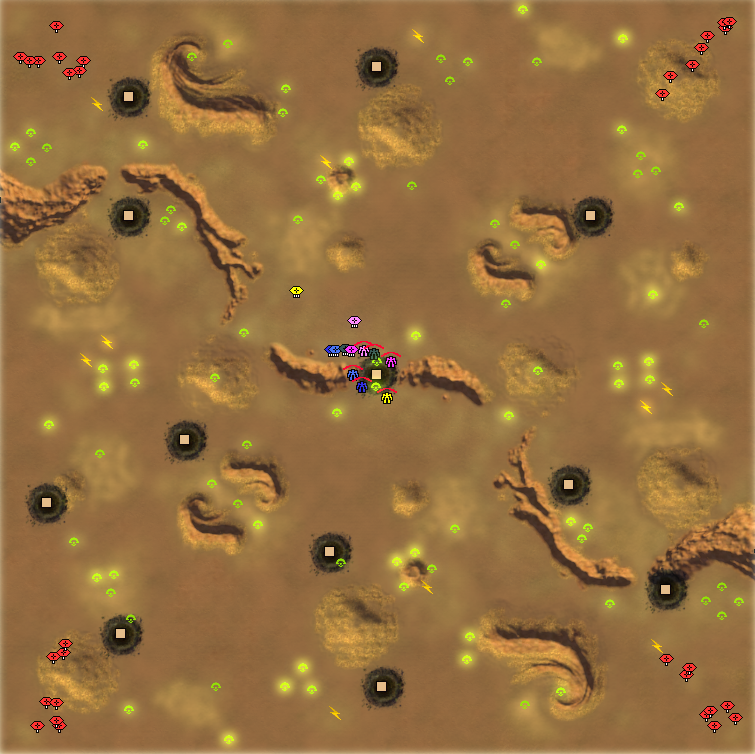 This map has extensive advanced lobby options that allow lots of customization, including allowing a player to play as the hordes of invading enemies and the ability to have some players be imposters. 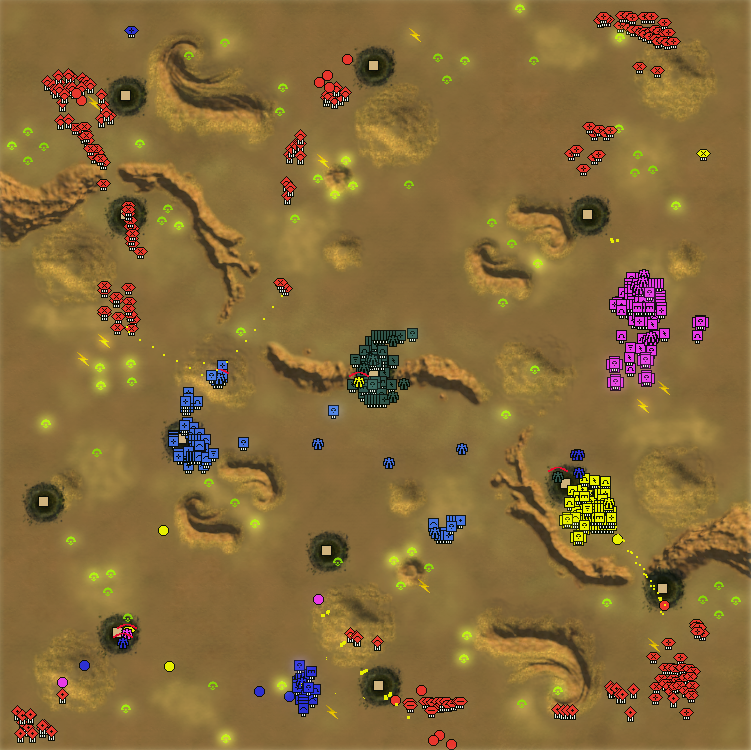 For a more in-depth explanation, you can check out the Tower Defense Survival Readme File.

Minigame for 2 to 16 players/AIs with various random effects on units throughout the game. Try it out and look at unit names during a game on this map to learn more 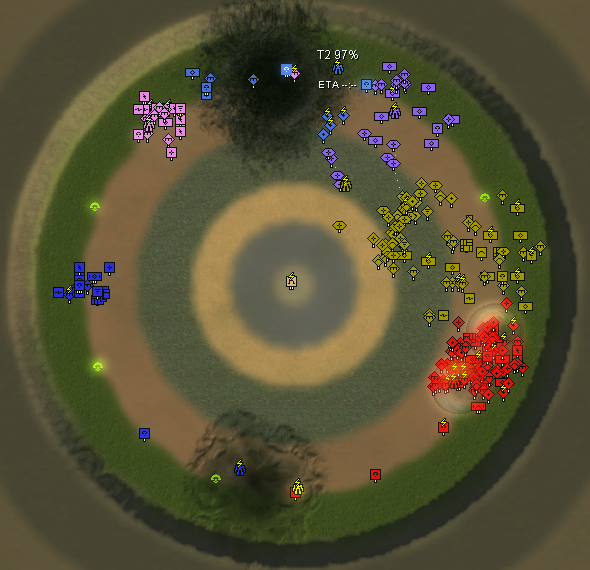 Allows every player/AI to ignore the unit cap. Note that using an extreme amount of units can make the game more likely to lag/crash, and AI may try to not exceed the unit cap even though they are allowed to

Resize All Units To Random Sizes

Resizes every unit to a random size between 10% and 1000% of normal. It also proportionally adjusts almost every stat to scale with the change in size (I plan to add different randomness options to this mod once my pr to add proper mod options capabilities is merged into the main FAF patch)

Shrinks every unit to 20% of its normal size. It also proportionally adjusts almost every stat to scale with the change in size

Scales Seraphim units to 300%, Aeon units to 200%, and Cybran units to 50% (UEF units and all factions' mexes remain their normal size). It also proportionally adjusts almost every stat to scale with the change in size

Replaces the conventional economy with set resource values (which can be set in lobby options). It lets players instantly build units, and it can be used for things like testing unit comps with various amounts of resources and fighting battles with set amounts of resources

Makes all non-naval buildings and non-hover land units amphibious (they can be underwater). Note that it does not make land-based weapons work underwater (ie: regular tanks and pd can't shoot if they're underwater

Adds additional hotkey layouts, so you can toggle between different configurable sets of keybindings

Make Everyone The Same Color

Makes every player/AI the same color. The color can easily be adjusted in the SameColor.lua mod file

Make Everyone A Random Color

Makes every player/AI a random color, with way more color possibilities than normal

I had a go at the Tower Defense, seems like my cup of tea! The onscreen text wouldn't go away though, every few minutes it went away for a few seconds then reappearred, very distracting. 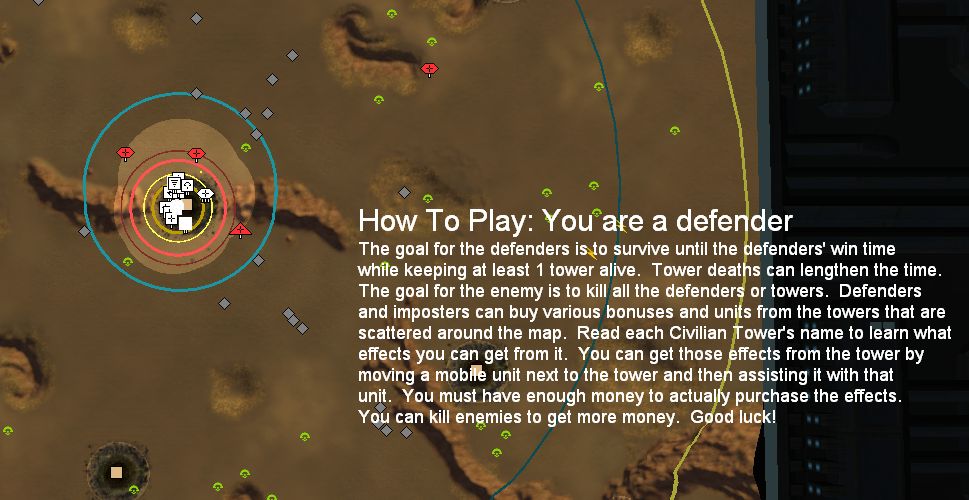 I felt it was a bit strange to not be able to make units (no factories), i really missed being able to make engineers in particular for a BP assist. I like to solo these maps so will probably play it with a double resources mod if you could fix the onscreen text when you have time. Lovely bit of work, i could see this game mode becoming popular!

@scout_more_often I'm glad you like the game mode, but I'm curious as to why you presumably didn't make purchases from the towers. Was the on-screen instructional text too unclear, or did you just not read it, or ...?

The intended result of that is that someone who doesn't know how to purchase things in this way will read the instructional text, and then understand how to purchase something from a tower, and then do so. If the player doesn't purchase anything, it keeps reappearing in the hope that the player will eventually read it and learn the mechanic.

I could change how that works if people want, but the purpose of the text reappearing like that is to get people to actually read the text if they don't buy anything from the towers, as buying stuff is a major part of the game.

Also, once a player understands the purchasing mechanic and plays the map again, the player would generally buy something within the first 35ish seconds of the game anyway, and thus only have it appear the one time at the beginning.

I previously tried not having any instructional text or just having it appear once at the beginning and not reappear, but both of those methods resulted in a lot of people asking how to play or how to purchase stuff shortly after the game started.

If you think the instructional text should be changed in some way, I'm open to suggestions for it.

PS: The tower that the defenders spawn next to allows you to purchase more build power, so that your commander (or other purchasing unit) can build faster. Also, people can purchase SCU's from a tower towards the bottom-right of the map.

Edit - ok i figured out you obviously cannot spend money until you have some. Once you have some, use a unit to right click on the tower and the bonus from the tower will appear beside it. An interesting mechanic!
Where does it display on screen my current money total?

2nd Edit , ah I found it displays it regularly on the left hand side. Folks, I highly recommend this map it's damned good fun, even solo

Played it, it was hilarious playing the tiny cybran faction vs the huge Sera faction!

Got a crash on the Tower Defense. I was farming the tower that gives you an exp unit for $150 (far too cheap !!) that sits in the bottom left of the map when it happened, rather than paste the long error message in here I pasted the message at https://online-clipboard.online/online-clipboard/ with ID to retrieve text is: 2275

Got a crash on the Tower Defense. I was farming the tower that gives you an exp unit for $150 (far too cheap !!) that sits in the bottom left of the map when it happened, rather than paste the long error message in here I pasted the message at https://online-clipboard.online/online-clipboard/ with ID to retrieve text is: 2275 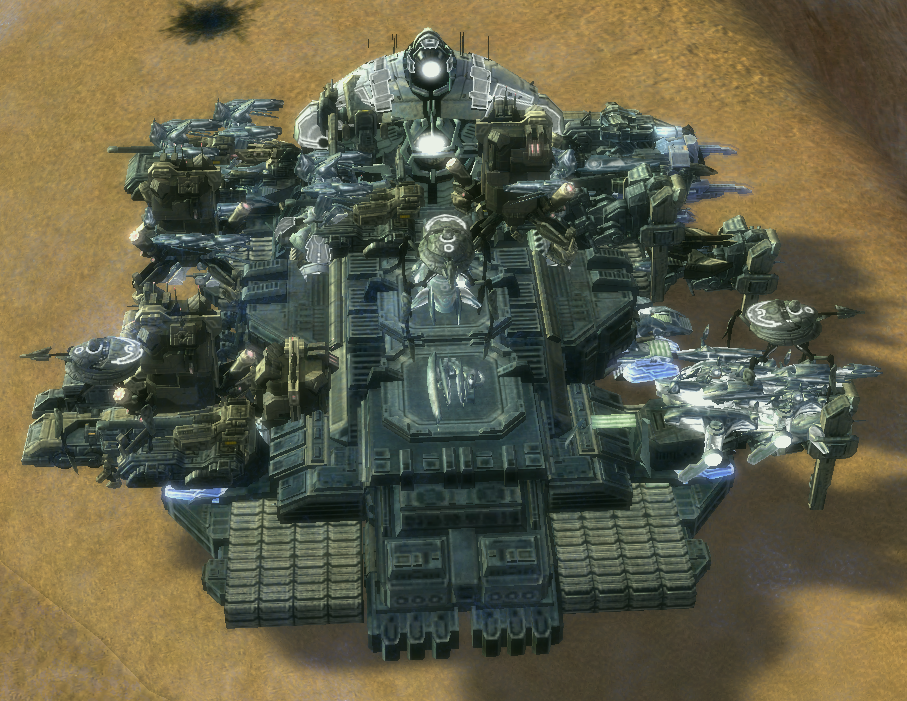