This topic has been deleted. Only users with topic management privileges can see it.
last edited by Dragun101
3

So players new and old can see for themselves what our ‘parent’ game looks like and how it is different from ours. Where Forged Alliance had come from it. And now is on the Vault! So you can download and start playing today!

The two mods on the vault are SCTAFix which, is bugfixed version of the original mod, which has the goal is to emulate an original TA experience.

While SCTABalance rebalances CORE and ARM to be comparable vs Supreme Commander Factions.

—————
The Project:
The project uses as its base the SCTA code made Raevn to port, but much of that code or methods/tools that FAF user Axel had done to convert the mod from its GPGNet Era incarnation to FAF is broken and where it works is often CPU intensive. 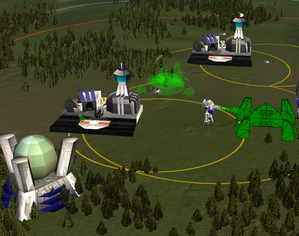 These are often the files in Lua Folder or the unit script files where in the animations are handled. And require extensive rewriting, to work or reduce cpu usage. While I have handled all or most of the coding so far, I have been helped by Balthezar of Brewlan extensively. The code for faction reselection was made by Seneth and the code for Necro was done was by Uveso. Additionally the porting of the TA Sound bank and the coding of the TA Shaders was done by Armored Fish. 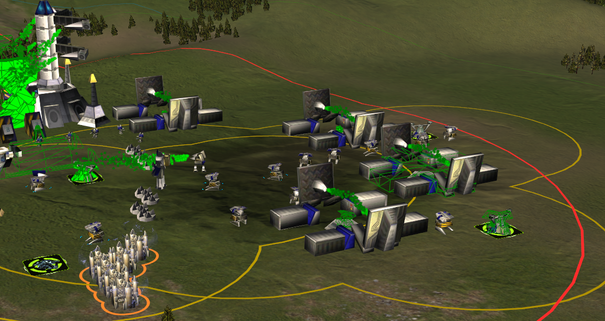 The second is conversion process was porting of TA Meshes directly. To become Vault Legal (and featured Mod heyond that). All original TA Models must be replaced. We have currently replaced over 70 models, new ones created by Madmax. And then Gamma of TA Total Mayham has graciously provided his redone/remade versions of TA OG Units for this purpose.

Third is the rebalancing process to make TA and Supcom Factions in line with one another. The balance team is composed of F-Odin of GB, Harzer of EDC, and Silene. Every other Sunday, from Noon EST to normally 3PM EST. A series of games and such are hosted were I watch the balance between players and unit engagements. And during the week I play games vs people with SCTA Balance to further refine everything! 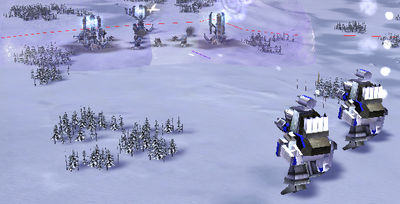 Installation Issues:
Not Deleting Old Version of the Mod
Extracting Original Zip to the Mod. And after extracting not deleting the original

Great to see work continuing on Raevn's fine mod. I kind of forgot about this project. I meant to put my git repo online to show the exact changes I made on top of Raevn's last release on the off-chance that it might assist those that followed. I'll take this as a reminder! See https://github.com/Axle1975/SCTA-v18

@Axle Axle! Your alive! I have so many questions for you! Awesome, nice to see you, I’m Dragun, (well guess that kinda obvious) but interested in rejoining the project feel free!

Hello Dragun. Well, if you have some questions I might pop into your discord sometime maybe this weekend

So decided to do bi-weekly updates on this thread about, what happening in the mod.

Major Developments:
For Balance Kbot & Vehicle Labs- Share a Engineer now.
Several new Core Units and Meshes replaced.
Navy has been rebalanced to better be in line with Supcom Navy. For Balance.

Two Navy units given TMD. Core Battleship and ARM Anti-Air Ship. The two land based TMD Hedgehog and Scarabs have been minorly adjusted to better fit price of normal TMD.

Futures adjustments or plans:
Sea Planes and Hover Units be looked at again. Hover Unit taking a position potentially of T3 in Balance (relatively ideally still weaker than Supcom T3). Sea Planes will fill in a theory a similar in Balance once implemented

Some basic updates:
One thanks for Axel we have now have access to a very expanded library of SCM base files to work with. Meaning any units not originally portable by Raevn or Axel are now doable for us. Among these are around 10 remaining Gamma Mayham Models:
Big Bertha, Vulcan, Pyro and more. However Axel method would require you do a bit more work texturing and more but now we have the models avaliable to us a dramatic improvement from where we were.

Additionally we have a few other changes, the icons are now organized and divided similar to Supreme Commander build ques. Thus providing a clenaer looking interface, finally the T2 rebalance has offacially begun for rebalance. Myself and a new member of the team NoHome, are beginning to look at T2 Stage Units and implement changes. Next weekend we will be if all goes as planned the first major unveiling of the Land T2 Rebalance stage. As always the rebalancing process will often be done three or four times till we are happy with it.

And take this announcement, as an announcement of an announcement but two major things be happening. Next month if all goes as planned, the SCTA 2v2 tournament will be hosted. Looking for Streamers and otherwise to well stream the event itself. The more formal post and announcement will be happening later this month. Time permitting, Postal, a TA Streamer, and among the best TA players, will be trying the SCTA Rebalance Mod in November or December. As we get closer to the event, I'll have more information. I have already asked a few of FAF's finest, to be his opponent for those games. I'll have more information next month.

Finally, we have begun process of writing unit descriptions for various TA Units. A process undertaken by NoHome, this will be for providing both flavor and otherwise to the TA Units. As always PM if your interested or want to know more about the SCTA Project.

So today update, I am slowly getting better at doing this still not perfect but otherwise with version control. The first thing is first:
TA Shaders! This means that TA Shader mod is now dodo'd and no longer required. The second thing is Axel (not Developer Axel) has for every Kbot added a walking animation and redid several of the older units. A new concep; way TA Construction is working is that for comparable Build Time, a Factory + Engineer give or take = Supcom equivalent tech build power.

Some more units been rebalanced as stated as we morve more fully into the rebalancing the T2 Units and otherwise. So every Unit where applicable has cloak, walking and proper building animations now.

So this weeks update:
Fixed a few bugs.
Invader and Roach both reworked in code. Buzzsaw and Vulcan resized Balance.

The Mines have been redone and rebalanced. Currently stats are shared between Fix and Balance. Longrun might create seperate weapon BP’s in Balance.

Additionally Balance only has reduce the mine variations to 3 for ARM and CORE.
1 “Nuke” Bomb
1 Small Radius Big Bomb High Damage
1 Big Radius Bomb Small Damage
The Decom’s been reworked a little bit. They are T2.5 Units. Not too dissimilar to SACU’s for TA.

The experiment last week has been reversed. Currently each Factory line has a few 2.5 Units.

Too bad for many of us who dont play faf online we will never be able to enjoy these mods. Wish you guys could make a version working with offline skirmish or local lan at most. But i guess it must be incredibly hard to do that...?? . . .

The version on github should be usable. On any location. Contact me on Discord and I’ll try and het it working and setup for you.

Today update:
Some bugfixes, and footprints. Didn't get much done this week honestly was working a temp job. Roaching Bombing works once more, Spiders do Spider things. A few more superflous files removed so that the amount of things loaded have been condensed. Sadly had to remove in feature on the pod due to bugs. Hopefully be able to add it back eventually.

Refreshed the projectiles meshes and such. Tomorrow be Gameplay testing day. Also as a note:
There is no adjacaney for TA factions, for all those playing the mod.

We got zooming in to work correctly now. Also if you play game witj SCTA Mod please add SCTA to game title

This week SCTA is up a couple bug fixes, and cleaned up code. Commanders gotten a minor touch. Mostly QOL changes. After Sunday gameplay testing, the final patch be prepped and readied for the tournament.

Beside Wednesday release, and anything last minute messages, about breaking things or balance concerns. This patch which took in consideration the discussions and talks from Sunday Balancing. T2 was adjusted in terms of cost.

So factory and assist bug has been fixed. And some clean up. Hopefully factory bug is actually gone now but based on tests and attempts to recreate it. It appears to be.

So this been a major update taking in consideration several things from the tournament. Several OTA units now disabled in balance will likelyhood of one or two more in the longrun. The deployment of T3 Development Labs. Do note these Units will still be weaker T3 than Supcom T3's. As one of the major reasonings for this change is the cleaning of the interface, the other unit likely disabled in will be scout hovercrafts. Or Scout Hovercrafts will have counter intel as well omni. That they currently have access to.

Several factories have been resized, the Air Engineers have been given moderate nerfs. Decoy Commanders are now buildable only in Gantries and are something akin RAS-Combat SACU. The Warriors have gotten some minor nerfs to make them less powerful. Several accuracy and improper targeting issues have been resolved. Furthermore we now have confirmation that in two weeks time, I will be hosting an expedition game. Wherein Postal of TA, the best or second best TA players still playing today, will be facing against F-Odin.

Additionally units and models from TA Zero have been ported and replacing numerous ARM Units. Looking at around 100 or more unit models replaced entirely now.

This weeks updates:
Cleaning up of several function, hitboxes overhaul and a couple more units disabled in balanced. A complete list will be published eventually. Otherwise transports been work to now able to transport Supcom, T2 and T3. A couple fiddling with hotkeys to make it so less 'units' show up and make hotkeys for certain buildings more usable.

Big Birtha and Immidator both a rather sigificant range buff added to them. To be try and emulate there original utility in TA. And to remade into of TA strength's. Otherwise just some basic adjustments and reworking.

What's the best to way to play this mod in AI games? Can the AI play as these factions at all? Or is using the Balanced version of the mod and having the AI play a regular faction the only way to go?