I guess we can find solutions on the fly as the situation arises.

That is a bad idea, please don't settle who wins on the fly.

If people know the rules in advance then they will agree on the result and accept it. Otherwise both will think that they have won based on their appreciation of the situation and you will piss someone off.

I would totally do this-what do you guys consider average joes? around 1k rated on global?

Btw i'm on holidays, so i'll probably get back to this tourney idea in august/september.

I will join some day as u said

The event will start soon ! Registration and rules on this thread.

Discuss about the format and ask questions on here.

I hope it gets popular and if we can hold this event for many weeks, like in the old days of GPG and WWPC !

Based on the times proposed I can sadly not participate, I already informed Jip. 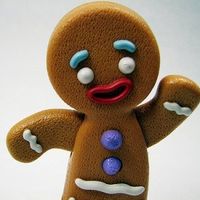 Champions used to have the right for one "joker", delaying the next match for one week. But I don't like this, because it means no content for that sunday and delays matches for all the challengers. I'm offering an alternative to that : instead of delaying for one week, we would allow the teams to play another day that is more convenient to them, and cast the replay on Sunday as scheduled. That way there is content to cast every sunday.

I think this all sounds great but my main concern/criticism is since it is not a 1 day tournament and more of a weekly league/challenger competition that having a set time is bit too restrictive. One week a team might be able to play, but next week they won't be able to or only in the evening on Sunday.

My gut feeling would be better to give bit more flexibility and freedom for the teams who are organised to play that week(end) can organise a time that suits them and just cast the game at a set time each week? If Saturday night works better for both teams involved then why shouldnt they be allowed to do that and if no one can cast it then, you just cast it on the designated cast time of sunday afternoon.

Also you had it that the challangers were picking the maps not sure if that changed? but If you wanted a joker card to exist why not just give the champions a one time card that they can chose the map instead of challangers (single use per champion)?

The challengers have a joker card so they can play 1-2 matches out of 5 on another day than sunday. That way you just have to be there 2 Sundays and a day of your choice to actually win and go to the Pantheon.

The fear I have is : casting a replay on faflive doesn't have the same touch, you can''t set bets, half of the viewers already know the outcome ... I don't want too many of replays, live is much better. If the rules are loose, will people actually play live on sunday, or will they just be "whatever i'll play whenever i want"

For now i think i'll just stick with this rule and see later if i need to change it.

A joker for the champions, why not, if we see it's too difficult to win 4 times in a row on maps you have chosen ^^

Right now i'm more concerned about people not registering and not discussing about it. I know there is another 2v2 tourney right now, so i expect people to pick some interest to mine after this is over .. but still.

Maybe i should move the first sunday to the 26th, so it's not right after the other 2v2 tournament.

I'd like some feeback : do people just register late, is the text too long and people don't read it, are the rules too complicated, or is it because sunday evening is not a good time ?

I assume there not being prize money also plays a role. And that it's weekly, so more of a commitment. But normally sign ups happen pretty late, so maybe it's just that.

I'd only award prizes for champions who win 5 games and ascend to pantheon.
For avatar, i like the idea of giving old avas, since it's a revival of an old format.

(for average league)
I just think those are so cool, because they were the coolest thing around back in gpg.

Regarding money, i'm a bit against money as a way to bait people into playing it. If they don't find the tourney fun, money isn't going to help. And if no money is involved, people are less likely to argue about rules.

hands off my wwpc avatar!!

So you volunteer to create a brand new avatar ?

Just checking, but did you get the ok from the FAF live team to use it or just assume? I have been discussing its usage for the past couple months and have given the management over to a few people. You might want to check first as it requires a special login and setup first.

I got this from petric.