The four finalists in the tourney will earn a spot in the End-of-the-Year 2020 Championship Tournament!

In addition, to address the lag that seems to be a problem with the client, I would advice everyone to close #aeolus while they are playing in the tournament. This significantly lowers the lag between typing messages and clicking through pms with people.

maybe I get to play this time. Boost me ladder pls.

In in in in

I won't be able to play, sign me out pls.

Let's give this a try, sign me up please! 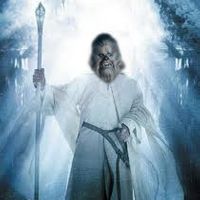 Do you even have any games on FAF? I can't even find your username.