The Battle Royale mod attempts to introduce a shrinking-arena experience. Similar to the featured Claustrophobia mod, the map slowly shrinks as the game progress. Care packages spawn in that allow you to quickly gain access to various units.

An example on the map Two Step Shuffle, from left to right: A care package. You can capture or destroy the beacon. When you capture the beacon you gain the units. The map shrinks over time, forcing players to interact

Maintained by the community

Since 2022 the mod is maintained by the community. And so far this has been a success. With thanks to contributors such as @SomeNoob_V0_9 and @MadMax the mod has improved from various perspectives including: 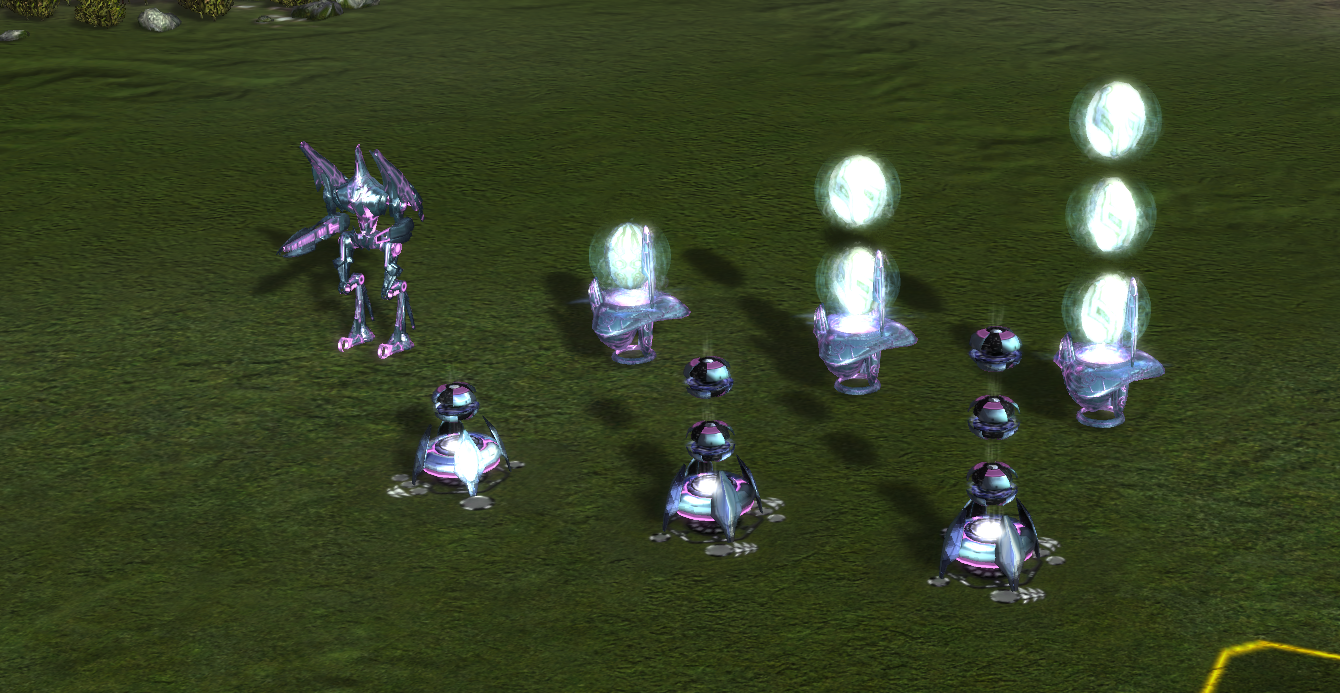 Work in progress of the Aeon and Seraphim care package beacons

As with #4, we're introducing faction-specific care packages that spawn when a commander is taken out. At the moment they spawn dummy-units, pull request #8 will introduce full-fledged units that are true to their faction. @MadMax and myself have been working on this, and we're looking forward to finalizing it in the upcoming weeks.

Last year we introduced a King of the Hill mod to replace the featured mod that was broken. The new version contains, among others things, voice overs. This provides an additional dimension to the mod. We'd like to introduce voice overs to the Battle Royale mod too. In particular, we want to have voice overs at these moments:

We're looking for inspiration here, and we're hoping that you can help us out. We have the following template that we'd like to populate to make the mod feel more alive:

* The current contributors as seen on Github, note that Madmax is not in that list yet because the pull request #8 is not merged yet.

To re-iterate partially: we're actively looking for inspiration for the voice overs project. You can use this thread to post your suggestions.