This topic has been deleted. Only users with topic management privileges can see it.
last edited by
0
F
FlatbrEadJesus

Hi Zlo, Rowey and Random, thanks for the tips. I tried all of them on the new system, but without much effect. I compared it, like Random said, by playing a replay at +10 and recording this on my phone, and then see which settings were the best. But there wasn't much of a difference. Next thing I will install my old system back and make a comparison with the same replay at 10+. And then I will know for sure what I'm gonna do. When I install scythe cooling I will also try some OC-ing with my old system. I will post the results later here for your information.

@youthenoob allright, thanks man, that helps me out, I will check it out and post my findings if I end up buying one of these.

Let us know how you get on. 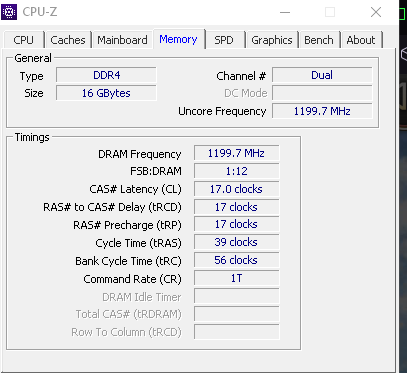 Did you make sure to go into the BIOS to actually make your RAM run at its stated speed? By default, it will be much, much lower. Just thought I'd mention it since it seems kinda weird that with that much better ram you'd be that much slower on the test (i get 120-140 in faf depending on how much crap I have running in the background, and there's often a lot of it).

Thanks all for advice. I've installed my old system (CPU i7-2600) back and got almost exactly the same result in my +10 speed test of same replay. When I did an overclock from 3,4Ghz to 3,9Ghz the same replay was going a little bit faster. My rating in FAF went from 202 without OC to 193 with OC. So for the moment my old system is better actually better then the new one. Because ZLO was already talking about the RAM, I checked in the new system how the RAM was doing, and I remembered it was fine, but I don't remember any figures. But because of the post of deletethis I will check it, to be absolutely sure. But for that I have to put my new system back. I will do that some time later and post update.

Good luck with it. If you do go down the route of getting a new CPU, please, please, please, check that it is compatible before. If you plug it in, and it doesn't work, you might have to upgrade the firmware before it will POST.

@deletethis @YouTheNoob I put back the new system (*) and activated XMP in BIOS, and FAF rating became: 197. When i compare playback, the system is now actually slightly faster then my old system. Around 15 minutes game time when put on 10+, every minute game time the new system is 10 seconds game time faster. So a bit faster, but not much.

If this is the final result, I consider selling old and new system, and look for better mainboard and CPU altogether for FAF. Any suggestions what system to look for that is interesting in second hand price at the moment for optimal FAF performance?

I put my DRAM frequency to be sure. I guess this is the stated speed as should be? 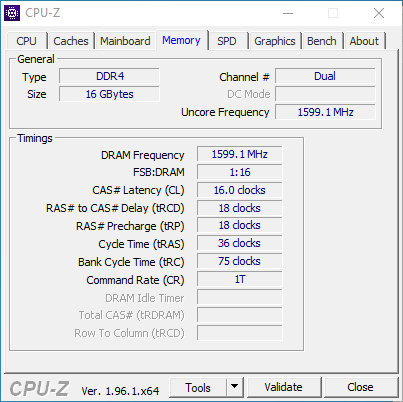 That's definitely an improvement! Up to you whether you think it's worth the time investment to find something better in the second-hand market—never mind the fact that will also require quite a lot of luck.

Personally, I believe those timings are more than adequate for playing faf.

Might be worth trying the other XMP profile to see if it's any faster? It should still be stable.

Get the ancient and still remarkable CoreMaximizer1.03.
16 years old and it is still optimizing CPU core balance speed.
It does not affect the "CPU Score" results, but you will have a way better experience.
I have an i7 13700k, and with CoreMaximizer1.03 on, it is way better; noticeable when you have a zillion of units on the field.
I hope it helps.
Cheers

I was never a big fan of third party software, the game is still using only 2 cores even with a software like that...~

I think the best way to get more performance is to keep ur system clean and get the performance mode on windows, also check if u can overclock and look for them ram, is it running in xmp mode? If not u will let a good piece of performance on the table.