A survival unlike any other - fight with up to two additional friends in a race against the clock. The map is designed such one needs to expand in order to survive. Due to the behavior of the AI having only point defenses will not take you far - it will try and evade threats while it is on its way towards the artillery stations.

The goal is to keep two artillery installations alive while they make it rain in another operation off-site. Hence, they are nicknamed the Rainmakers. The enemies will be fierce and they'll try to out smart you whenever they can. There are various difficulty settings available in order to tune the map to your rating. By default the map is a fair fit for a team with an average rating of 1100 (ladder).

A map made in collaboration with @archsimkat . The map is designed to have clear primary and secondary expansions and therefore providing a variety of opportunities for other players to raid. It has been in ladder in October 2020 and hope to see it played more competitively

A map made with naval play in mind. The map is designed to have clear primary expansions in the center and the outskirts of the map to assist people in expanding and making map control more worth it. The map is reduced in size to about 26x17. Players start off with relative little mass the further they are from the center to discourage rushing tech 3 air.

The map was made to bring in more attention to the fact that islands are slowly disappearing throughout the globe due to the raising sea levels.

A map made with land play in mind. The map is designed to have clear primary expansions along with various paths one can take to harass the other player. The back-side plateau is an example which is key to protect to prevent your base from being shelled from above.

The map as made to bring in more attention to the fact that in some parts of the world nature is lost to a phenomena called 'desertification', where parts of nature that are near deserts are slowly converted to more desert due to climate change.

The map has all kinds of little tweaks, including but not limited to: 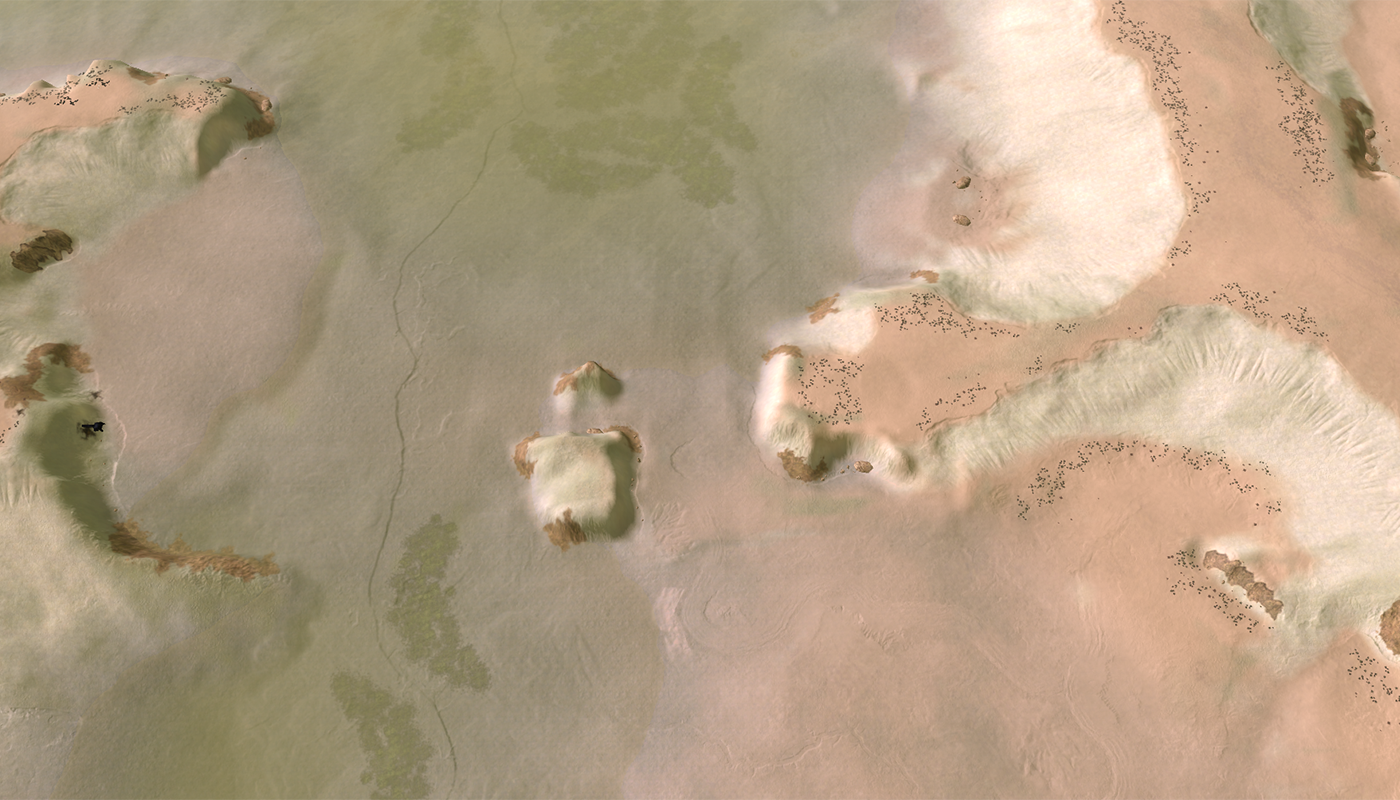 A map made for the SC:TA mapping tournament. The idea was to replicate the TA map 'Long Lakes'. In practice the map doesn't quite look like its target.

The map has all kinds of little tweaks, including but not limited to:

A map made in collaboration with @Eo_Empiran. The idea was to create an alternative map for 'Ozone Islands' because we wanted to see something new. In practice the map plays quite different to target map.

The map heavily relies on navy play but with the current balance in combination with the vast distance on the map one can quite easily rush tech 3 air. Suggestions on how to combat this are welcome

A map made in request by @LegendSmith where he wanted to see more 3 v 3 v 3 maps. The map is heavily reliant on navy play. There are multiple player layouts possible for the map. The intended layout is to have one member of each team on their corresponding main islands, such that there are various 1v1's breaking out. In practice this turned out to be a horrible layout: as soon as one island is won then that team will generally win as a whole.

King of the Hill

A mod made as a replacement for the current featured King of the Hill mod that is part of FAF. At the moment of writing it supports:

It works on any map and there are a few options available:

A series on water

A series on how water works in Supreme Commander: Forged Alliance. Includes all the information one needs to get started on not only using water more creatively but also understanding various concepts surrounding water more thoroughly.