This topic has been deleted. Only users with topic management privileges can see it.
last edited by Penguin_
4
P
Penguin_

Many mapmakers would like to be able to make and upload maps that are modifications of other previously created maps. However, unless the mapmaker gets permission from the map author, that is generally not allowed. Additionally, many people upload maps that are good in certain ways, but bad in others. As a member of the matchmaker team, I have repeatedly come across maps that I would like to adjust in a few key ways to make them usable in TMM, but have not done so due to the permissions issue. While individually contacting map authors for permission is possible, it can be rather tedious, and seemingly impossible when dealing with MIA map authors. So, I would like this situation to be improved by the addition of an option in the FAF client that allows mappers to give permission for others to use their map content for the creation of new maps. AFAIK, this could relatively easily be added to the map upload checklist.

Currently, when a map maker uploads a map to FAF, it shows something like this: 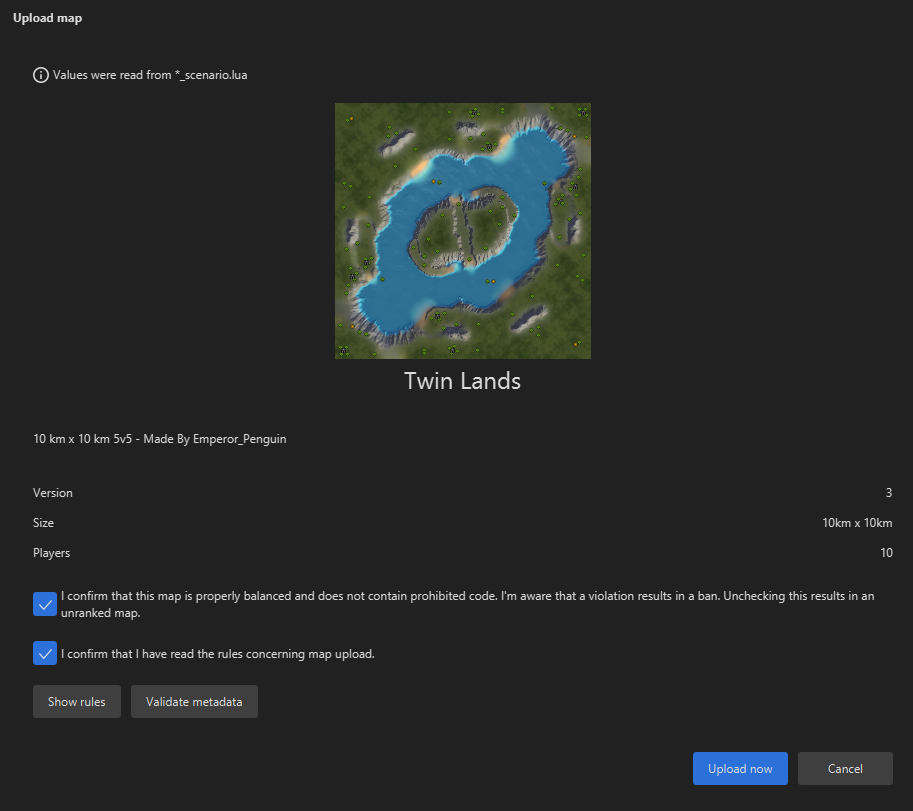 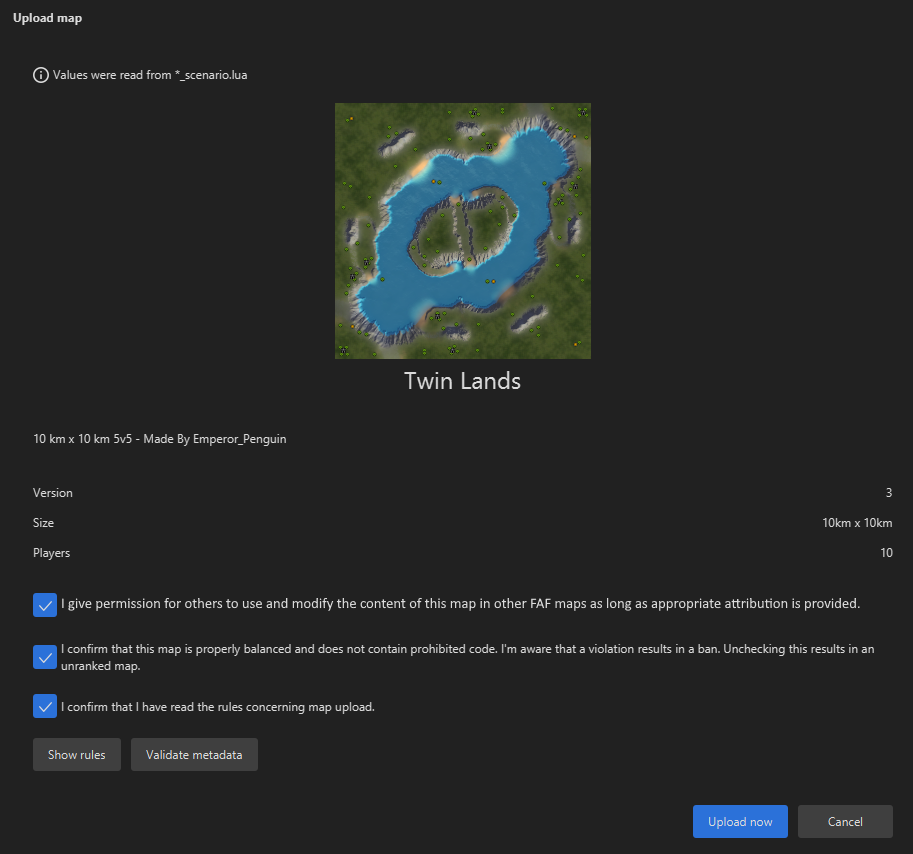 The exact wording could be different, but the point would be that it would be an option (that could be selected or deselected on a per map/per version basis) that would basically give permission for other mappers to use the map in the creation of new maps.

, I'd take the route of allowing someone to choose a (creative) license. But something like this would be highly appreciated.

@penguin_ This would need to be optional and not force

@jip said in Add a FAF client option for mappers to allow other mappers to use their maps:

, I'd take the route of allowing someone to choose a (creative) license. But something like this would be highly appreciated.

The most obvious ones would be:
1 - public domain - meaning anybody can modify the map, do anything to it, does not need to give any credit, and those people can claim copyright over their modifications
2 - some kind of "open source" license with attribution, meaning "you can use as much as you want from my map as long as you give me attribution AND you only release your creation under this same open source license"
3 - no permission beyond what is implied by uploading it to the vault in the first place (that people are allowed to download it and play FA matches on it)

So it would make sense to carefully consider what the best "open source" license is to meet the needs of the FAF community. Ideally this license would be useful not only for maps but also mods and any other content that people upload to FAF.

It would be much better to have one open source license that is used by everyone who wants to open source their maps/mods, rather than creating the problem of having like 10 different competing licenses in use, some of which are compatible with others but nothing is compatible with everything

There should also be a way for people who uploaded content in the past to designate their maps/mods/etc under the open-source license. I think there would have to be "no take-backs" on this designation (the content creators can't take it back once they decide to release their map as open source)

I'd like to see this thing for mods too, sometimes old mods may need fixes (depending on game version as well) but mod author is gone and you cant upload fixed Version

@arma473 the best licenses for the task are the creative licenses, see also:

And my favorite license:

I would not encourage people to release their work into the public domain. If it is up to me, we'd give players two options:

For code, i don't think we should make checkboxes.

Instead the client could check if there is a LICENSE.TXT inside he code folder and warn the user if there is not ("no other modders will be able to use/modify the mod's code if the code is not licensed").

This way we could maybe encourage people to add LICENSE.TXT files AND modders that have their code on Github are already told by Github / other tools to add a LICENSE.TXT, and we can prevent duplicate license information. In additiona there will be a bunch of coders that will prefer MIT/Apache/BSD style licenses for code and will therefore not be able to use the checkbox and use TXT instead, requiring other people to check LICENSE.TXT anyway.

If we do that, anyone can just upload a new version of their map with the license.txt file included, if they want to add a license. So that would make it easy to update the license information for maps/mods.

I started working on it a while ago but lacked some input on legal license texts and eventually paused https://github.com/FAForever/db/pull/297