This topic has been deleted. Only users with topic management privileges can see it.
last edited by FtXCommando
10

Welcome to the first Official FAF Teamgame Event! We'll be doing an oscillating schedule until LotS this year between 1v1 and larger team events. Depending on interest both from players and viewers, we can hopefully attach an end of the year event for team events as well!

This Tournament will follow a Single Elimination Format with BO3 series as a general rule. The tournament will also have a 4100 rating cap looking at player peak rating across global and the 2v2 leaderboard. However, the rating ceiling is capped at 2200 so if a player is above 2200 they will still be valued at 2200.

Rating will also be locked in at the values they were at as of July 2nd.

I may do adjustments depending on the quantity and quality of signups. If people fall well below the rating cap they can still feel free to signup and I don't mind running dual or triple brackets to keep the events competitive and interesting even with a large margin of skill levels.

The maps this event will utilize are:

No faction veto will be used for this tournament.

Once a map is picked for a round, the team that selected that respective map will confirm their team setup (who is playing slot 1 and 2) and the lower seeded team will then proceed to pick the slot setup they wish to play.

For mapgen, both teams can enter the lobby and view the map prior to sending in their vetoes. Each team now gets 1 reroll, but must use the rerolled map. Players must host with the tournament settings on when using map gen.

Note: residents of countries under sanction by the US, EU, or Germany may be ineligible to receive cash prizes.

For my sake when you sign up please give your highest rating between global and 2v2 matchmaker. It makes me have to do less bookkeeping about rating and makes it easier for people that are looking for a teammate when I post them on the OP.

Lost paradise has a lot of pathfinding issues and is asymmetrical which gives the bottom team a significant advantage (iirc) depending on what spawns are.

Signing up with you

@thewheelie The rules are rigged just for you guys, knew it.

@TheWheelie under standard tourney rules
I. Tournament Directors are not allowed to play in their own tournaments unless given special allowance by the Player Councillor.
Ftx will need permission from someone who does not exist I believe

Lost paradise has a lot of pathfinding issues and is asymmetrical which gives the bottom team a significant advantage (iirc) depending on what spawns are.

Actually I forgot that the bottom has 2 paths of attack and the top has 1 which is a bigger problem than the mountain paths for me IMO, but since you usually drop the side expansion from the air slot it makes the top team one way easier to defend so I’ll swap it out for that reason.

Swapped a couple maps with FAF Versions and took lost paradise out for Insanity Rising.

I already made a request via the google form.

Here's a pdf of the ratings of basically everyone that is relevant for the rating limit. Should make it easier for people to figure out who to ask to play. I'll also add it to the OP.

As a fun fact 20% of people had a higher 2v2 rating than global.

Adjusting the rating cap to 4100 to allow 2200s to play with 1800s since it seems to enable many of the "traditional" 2v2 teams I've seen in custom and 2v2 matchmaker games that aren't particularly oppressive. 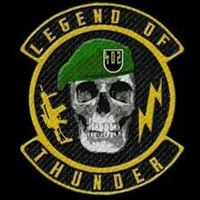 I like to Sign myself up, I have no team mate, and I'm a lower ranking player.

if not no hard feelings. 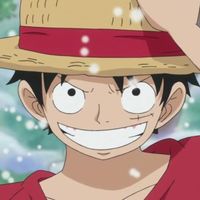 Archsimkat and ZLO signing up
Team name: Pick a name for us