This topic has been deleted. Only users with topic management privileges can see it.
last edited by axel12
7
A
axel12 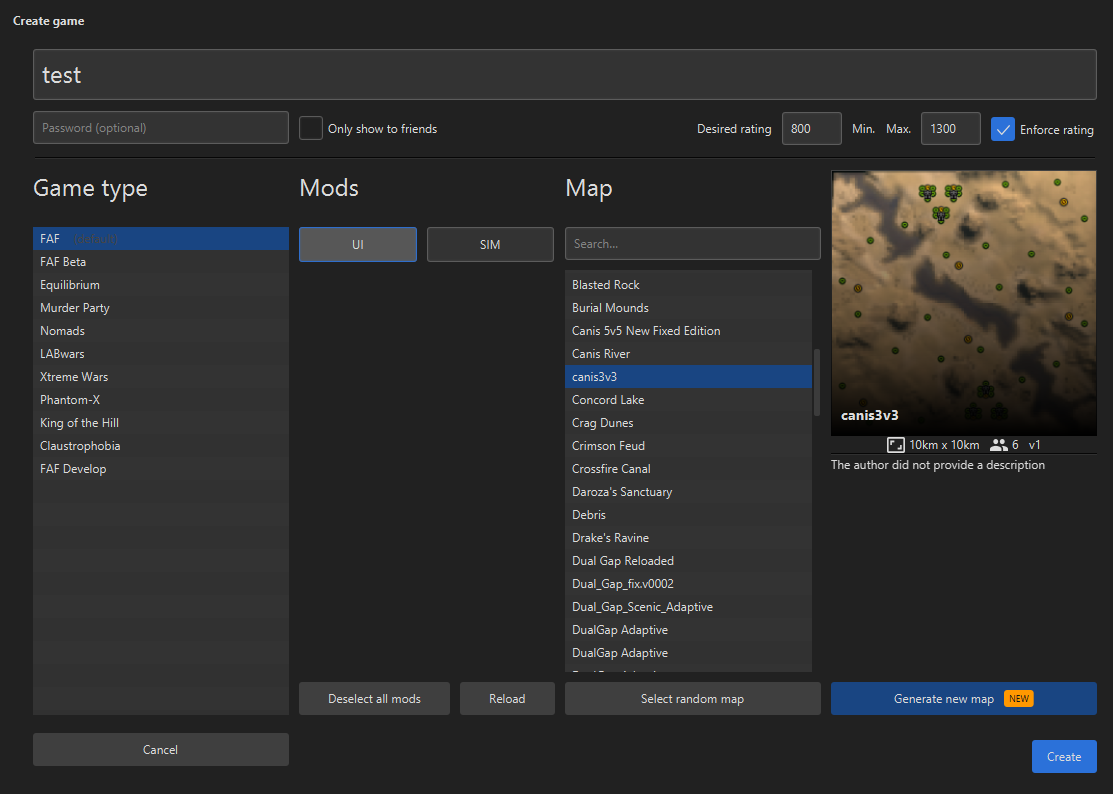 Thanks a lot to @Sheikah , @CoolMcGrrr and all other contributors for awesome contributions

This is really stellar work writing up the updates as additions in this manner.

Very nice work and much appreciated to all of you.

so i dont see anywhere, where it shows why the game si rate or not rated at. and i even looked at ones that have mods enabled.

Games just have to be running the main faf game mode with simulation mod.

See above for the full change list. Here is a video explaining how to limit your rating by range
https://youtu.be/UTyiNoUDHJE

Can we have some optimization for java-client ?
Python client did not even take any cpu cycles, java one seems to constantly eat 20-25% of cpu.
I am pretty certain it has code like "while(true) {sleep(ms); dosomestuff();}" instead of epoll_wait or something similar.