Calling for nine2 to resign as Promotions Councillor

If this is about the fact that the news was used as a tool > that same tool was offered to all councilors to use.

If this is about the fact that a councilor spoke in favour of a candidate > There are no rules that is not allowed. In real life politicians are always talking about their candidates.

that's just something they say to make me look bad and derail the conversation =).

the reality is the council has let me continue for now. but two delightful councilors raise this smear campaign story again and again.

the reality is the council has let me continue for now.

Can we get confirmation from councilors on that, whatever the decision process is?

There hasn't been any form of official "you may proceed" from the council. As far as I know this is a lie.

FtX has set up the in-council inquiry literally just now.
Pretty sure the board is doing stuff as well?

Let’s first get it clear that there is really not that much precedent to operate on for something like this.

Nine has been contacted by the Board and they seem(?) to be handling stuff on their end. I have no idea what is going on there.

Giebmasse and Brutus are both Councillors and Board members. I’ve set up a basic process in the Council channel to make things move smoothly on our end if we need anything on our end to actually happen. The sort of necessary interaction between the Board and Council in the matter is, however, entirely unclear and basically relies on the two above to keep everyone informed.

The next update about the situation will probably be some formal decision (however it ends up being reached) that gets posted somewhere.

It is simply a fiction that the council is against my game. FTX and Biass are milking it for all they a worth and spreading it as far and wide as possible. But yes it would be good if the other councilors could confirm what has been talked about in the council.

@judahx said in Calling for nine2 to resign as Promotions Councillor: 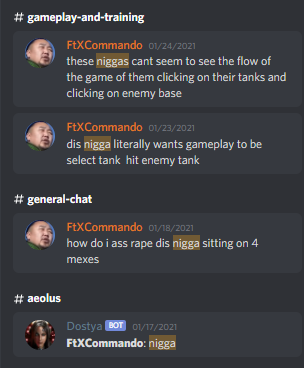 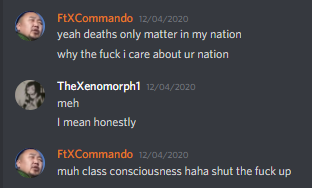 Pretty sure FAF has some toxicity.

Just a little follow up to this: searching for the n-word on the FAF discord server brings up 23 pages of results 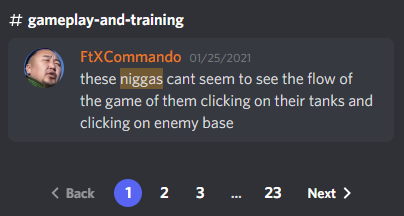 Most occurrences are from select few users (yes, including ftx).

Obviously the amount of messages in each server is different, but I searched for the n-word on a few other
loosely similar discord servers for reference.

Now it's not exactly a secret that this word is generally frowned upon and racials slurs are forbidden in virtually any public space, at least in western society. It does not matter how you feel about this word personally. Do you think it's silly that people are upset by a mere word? Do you think that people should grow a thicker skin? Do you find it cringe that people are getting mad by proxy even though the word does not relate to them directly? Again, it does not matter what you think. The community will be judged regardless of how silly you think it might be. Even the people who do not care about the n-word in the slightest take it as a massive warning sign "toxic community ahead, steer clear".

And why is it that you feel it necessary to use problematic language?

Let's be honest it's really fucking childish. Also moderators need to get their shit together.

And no, this is obviously not the only form of problematic communication in FAF, but this fruit is hanging so low that it's undeground in Onkalo, the world's first permanent residence of nuclear waste.

This thread is dedicated to nine2's actions and the call for his resignation. The moderation team will ensure that existing comments discussing other topics be removed or moved to a new thread, and that future comments are on-topic.

This thread has taken more twists and turns then I could have ever though possible. How in gods name are we discussing Etymology now?

Edit* Awww, whoever deleted the previous posts makes me sad. Now my post has no context.

Do what you must. 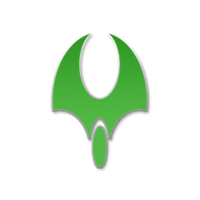 Since this thread seems to have run its course, it is now locked.

As Biass has already mentioned the council will look into it.