An election will soon take place for the Player Councilor role. Apply here.

FtXCommando has been our Player Councilor for a while now, staying on past the typical 1 year period to deliver the Team Matchmaker feature. If anyone is interested in applying for the Player Councilor position, please state so in this forum (or direct message me on Discord) and we will organise a proper election for this position. If we don't hear from anyone by 24/May, we won't have an election and Ftx will stay on as Councilor.

I probably spend a sum of 16-24 hours a week on FAF administration duties on average. This is with the sunk investment of having already established all the necessary personal connections I need to maintain all of my responsibilities and understanding the various idiosyncrasies of both individuals that I need to work with as well as FAF itself.

As Player Councillor you are essentially the circulatory system of FAF, with the developers as the heart and the body itself as the rest of FAF. Personally I would strongly recommend those interested in taking the position to work with me in Player Councillor duties in order to get exposed to the necessary FAF systems and individuals which will allow them to smoothly transition into taking the role as it might be the most complex role outside of Developer Operations Councillor with many implicit responsibilities in order to keep the project moving forward. You are the person that keeps the gears turning in this volunteer project and are often the one that needs to step in to smooth over issues between various subgroups on FAF or explain why one path is the better path forward. The thing is it's easy to say that in a sentence, but these sort of "faf drama crises" can end up eating up several of your days to resolve. Unlike a boss, people don't actually need to listen to you unless they want to listen to you and for people to want to listen to you on FAF, they need to trust what you're saying actually comes from a well reasoned place that takes a variety of factors into account. Not just you deciding you like person X more or are only interested in decision Y because you are a player that would like that.

With regards to my platform as Player Councillor, I’d like to think that I’m a known entity at this point. Essentially, you get what you have. I can guarantee the operation of the responsibilities I’ve mentioned above as I based it upon what I’m currently doing.

If you’d like me to give larger explanations on specific points, feel free to ask a question in this thread about it. Otherwise, I will wait for opposing platforms in order to understand what decisions in the past, current, or future I need to justify to the FAF playerbase. 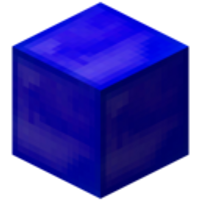 "And there is no greater joy than knowing that the onus that you have to bear is what distinguishes you from those who have perished; The adamant chain of obedience and loyalty is the bulwark that protects you from heresy. May this light will further rule your fate by coming to the Emperor's service." - Some Space Marine.

Now. It seems to me that PC indulges himself in unyielding fun from the moment he took on the duty. I'd love to apply.

Yep, making an attempt to return to council here.

PLZ-NO-BANNIS
This post is deleted!
Reply Quote
last edited by
0

biass
This post is deleted!
Reply Quote
last edited by
1

PLZ-NO-BANNIS
This post is deleted!
Reply Quote
last edited by
1

I would like to point out the amount of work that is needed,both Morax and Ftx have done a lot of stuff for FAF.
The time has passed and all that really matters is the way of keeping the track of what has been done and keep it up,it's good to know that people are getting interested in that tho,hopefully we get something to pick up from.

To whoever is interested in applying (Ftx, Suzuki, Fancias, Morax, others), go over to this thread and apply!
https://forum.faforever.com/topic/1589/player-councilor-election-2021